This is our lounge area. Feel free to come in and get acquainted!
116 posts

Makes me think of the Edmund Fitzgerald.
This space for let
Top

Considering that until 1995 "scientist" refused to believe in Freak waves at all, I don't listen to skeptics when they dismiss stuff they know nothing about.

Thousands of years of actual sailors, you know, people who actually sailed around on the ocean, for thousands of years they told about freak waves, and the terrible losses from them. Scientist refused to believe. They didn't just dismiss the entire history of eye witness accounts of them, they refused to believe it could even happen. It was a myth.

Hmmmm ... makes me think of sea serpents.
This space for let
Top

Or how pilots refused to refuse to fly over thunderstorms. They claimed there was trouble, even miles about the convection and lightning.
still working on Sophrosyne, but I will no doubt end up with Hubris
Top 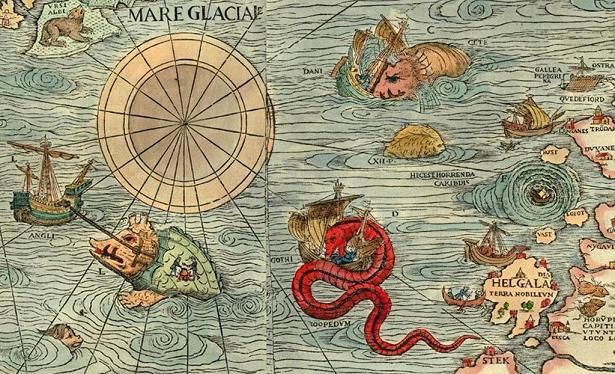 I have thought that there was something to the idea. Particularly now, today. After all, we humans probably cover far less of the ocean than we did in the 19th or 18th century, don't you think? We have well established sea lanes, vast areas never see a ship. Creatures could exist unseen and unremarked.
This space for let
Top

I've only just seen this thread and it's an area of interest to me, so I'll start here, even though the post is years old.

For your information and edification the Evil Yeti has not been seen since October 2017
"This aggression will not stand, man."
Top

robinson wrote: ↑Fri Oct 31, 2008 2:14 pm YouTube has multiple videos of Freak Waves hitting ships, even one of an offshore break.

<big wave videos>
There are more. Some argue that they are not Freak waves, just big waves.

What constitutes a "freak wave" I've been major hurricanes on aircraft carriers and I've seen green water far over the flight deck (~70ft) on more than a couple of occasions. Not really fair to call them waves; Rather, swell is the correct term. I think the largest swell/trough measured was about 95 ft.


Robin's bastard son wrote: Considering that until 1995 "scientist" refused to believe in Freak waves at all

Exactly!
still working on Sophrosyne, but I will no doubt end up with Hubris
Top

Don't feed the troll Rob
"This aggression will not stand, man."
Top

Shut the hell up you bot
still working on Sophrosyne, but I will no doubt end up with Hubris
Top

I figured, but it seemed like a good place to join the thread.

I've always been amused by skepticism around rogue waves. Oddly, the skeptics are all people to whom I'd usually use the highly technical sailing terms of "sharp end" and "blunt end" to make sure they know where things are.


Rob Lister wrote: ↑Mon Jul 13, 2020 8:51 pm What constitutes a "freak wave" I've been major hurricanes on aircraft carriers and I've seen green water far over the flight deck (~70ft) on more than a couple of occasions. Not really fair to call them waves; Rather, swell is the correct term. I think the largest swell/trough measured was about 95 ft.

Probably about the same time this thread started, JREF had one, started by some skeptic with no brain who was denying the existence of rogue waves. (rouge waves,** I doubt)

I even posted a copy of a newspaper from 1943 where a correspondent was invited to join an Arctic convoy and was on the bridge of an aircraft carrier and witnessed one that even made the captain shit himself, being almost as high as the bridge, and at least 80 feet tall.

My old man was a carrier bloke in the Royal Navy. Joined pre-war and was a CPO through the entire WWII, serving on those awful converted merchant carriers as well as brand new ones, like HMS Formidable, where he was decorated for operations in a kamikaze attack.

* One of the few blokes here I don't class as a wanker is a carrier guy... Hmmm. Probably something in the av gas.

Dunno, but I'd go down on her in a heartbeat.
Jeff Wagg, Communication and Outreach Manager for the James Randi Educational Foundation posted:

Typhoon Cobra, also known as the Typhoon of 1944 or Halsey's Typhoon (named after Admiral William 'Bull' Halsey), was the United States Navy designation for a powerful tropical cyclone that struck the United States Pacific Fleet in December 1944, during World War II.

Task Force 38 (TF 38) had been operating about 300 mi (260 nmi; 480 km) east of Luzon in the Philippine Sea, conducting air raids against Japanese airfields in the Philippines. The fleet was attempting to refuel its ships, in particular the lighter destroyers, which had small fuel tanks. As the weather worsened, refueling became increasingly difficult, and the attempts had to be discontinued. Despite warning signs of worsening conditions, the ships remained on station. Worse, the information given to Halsey about the location and direction of the typhoon was inaccurate. On December 17, Halsey unwittingly sailed the Third Fleet into the center of the typhoon.

Because of 100 mph (87 kn; 45 m/s; 160 km/h) winds, high seas, and torrential rain, three destroyers capsized and sank, with 790 lives lost. Nine other warships were damaged, and over 100 aircraft were wrecked or washed overboard. The aircraft carrier Monterey was forced to battle a serious fire that was caused by a plane hitting a bulkhead.

https://en.wikipedia.org/wiki/Typhoon_Cobra
This space for let
Top

When I was in Aran (not Arran) locals told me that people fishing from one of their cliffs had once been carried away by a rogue wave. I couldn't find this specific event but got a source for similar stuff happening around Ireland:

Abstract
This paper aims to extend and update the survey of extreme wave events in Ireland that was previously carried out by O'Brien et al. (2013). The original catalogue highlighted the frequency of such events dating back as far as the turn of the last ice age through to 2012. Ireland's marine territory extends far beyond its coastline and is one of the largest seabed territories in Europe. It is therefore not surprising that extreme waves have continued to occur regularly since 2012, particularly considering the severity of weather during the winters of 2013–14 and 2015–16. In addition, a large number of storm surges have been identified since the publication of the original catalogue. This paper updates the O'Brien et al. (2013) catalogue to include events up to the end of 2016. Storm surges are included as a new category and events are categorised into long waves (tsunamis and storm surges) and short waves (storm and rogue waves). New results prior to 2012 are also included and some of the events previously documented are reclassified. Important questions regarding public safety, services and the influence of climate change are also highlighted.

Downloadable PDF at the link.

Remember: sea waves travel slower when the depth is small. That's why they break. And also why an innocuous swell in mid-ocean can become a wall of water when coming near the shore.
Top
116 posts