This is our lounge area. Feel free to come in and get acquainted!
3087 posts

But will that stop NHK agents from harassing you?
Top

I don't actually know. I just pay the fee. My wife is the one who would have to put up with that and I've been living here for a long time now. We've been paying the whole time. It's set up automatically so I don't really think about it.
A fool thinks himself to be wise, but a wise man knows himself to be a fool.
William Shakespeare
Top

I wouldn’t mind it so much if their agents didn’t have such a fucking attitude. The last time I had to deal with one I was at my girlfriend’s apartment and made the mistake of answering the door. Apparently, just not answering the door is the easiest (and typically passive aggressive Japanese) response. Anyway, since it wasn’t my house, I told him “Not my house.” He started with the false friendly small talk and then, as if I was born yesterday, quickly moved on to the “By the way, does your girlfriend have a TV?” Well, of course I’m not going to rat her out, so I told him “I don’t know, I don’t watch TV.” (Ha! Ha!) He wasn’t at all happy with that answer and hinted around that I might get in trouble for not cooperating. Are you fucking kidding me? Call the police, big NHK man. I’m going to work. Of course he didn’t. But fuck him.
Top

Japan's Hayabusa2 spacecraft has been chasing near-Earth asteroid Ryugu since launch in Dec. 2014, getting up close and personal with the space rock. During the chase it has deployed two rovers to Ryugu's surface and blasted a hole in Ryugu's surface to collect samples with a tiny cannonball. Its new mission feels like the natural progression for Hayabusa2 -- now it's shooting a rover at the surface.

When we say shooting, we mean it in the basketball sense here. The rover is the basketball and Hayabusa2 is taking a three-point shot from 3,280 feet away. It's shooting from the parking lot and it's doing it in the park with a communications delay. Impressive, but will it make the basket?

Hayabusa2 has been carrying the MINERVA-II2 capsule, which itself contains a rover. That rover, built by Tohoku University in Japan, is designed to briefly live on the surface of the asteroid. It's only about 6 inches wide and the same tall, but the cylindrical, lightweight rover carries a couple of cameras, in addition to an accelerometer and thermometer to perform science at the surface.

Members of the by Japanese space agency, JAXA, have previously reported errors with the MINERVA-II2 rover. In November 2018, Elizabeth Tasker told the Planetary Society "communication between the rover and spacecraft was fine, but the CPU did not respond." That throws up the possibility the rover will not be able to collect data and return it to Hayabusa2 and Earth for analysis.

That's Japan's version of the Rip Van Winkle story, so they might want to be careful what they're shooting at.

The whaling fleet killed 187 Bryde’s whales, 25 sei whales and 11 minke whales, three species of rorqual that average 45, 65 and 30 feet in length, returning with 1,430 tons of whale meat — a slightly lower total than from last year’s “research” hunts that conservationists long argued were a mask for commercial whaling.

Operator Kyodo Senpaku co-president Eiji Mori said: “We were worried if we could catch any, but they did a great job.”

Agriculture, Forestry and Fisheries Minister Taku Eto said: “It’s wonderful we had a good start. We will continue our support so that commercial whaling gets back on track.”

Commercial whaling all but wiped out most large whales in the first part of the 20th century and populations remain a fraction of their former size.

Nonetheless, Japan left the International Whaling Commission in last December, claiming that a moratorium on whaling imposed in 1986 had gone on long enough.

Commercial whaling was resumed on July 1 this year. 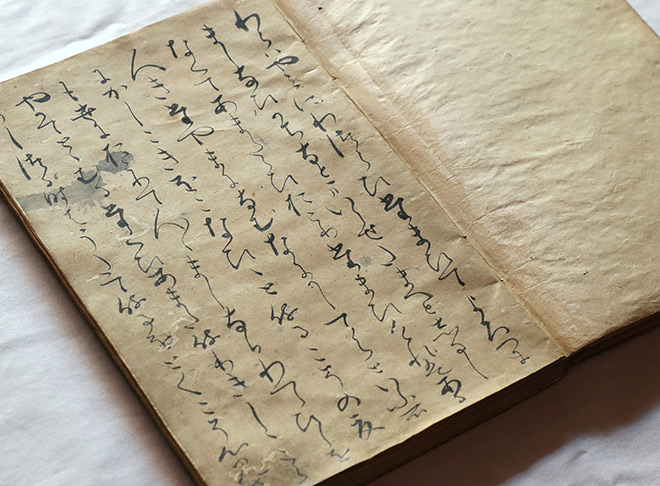 KYOTO--Experts confirmed the authenticity of a chapter of the oldest manuscript of Japanese classic novel “Genji Monogatari” (The Tale of Genji) that was discovered in storage at a home in Tokyo.

The manuscript of “Wakamurasaki” is the fifth Genji chapter confirmed to have been transcribed by poet Fujiwara no Teika (1162-1241), Reizeike Shiguretei Bunko, a foundation in Kyoto’s Kamigyo Ward, announced on Oct. 8.

The “Wakamurasaki” chapter depicts one of the highlights of the epic: The protagonist, Prince Genji, meets a girl who later becomes his wife, Murasaki-no-ue, the second-most important character of the tale.

The public interest foundation manages cultural properties belonging to the Reizei family, which has ancestral ties to Teika. The manuscript was found in February at the Tokyo home of Motofuyu Okochi, the 72-year-old current head of the Okochi family of the Mikawa-Yoshida feudal domain (today’s Toyohashi in Aichi Prefecture).

The manuscript, 21.9 centimeters long and 14.3 cm wide, had been kept in a large oblong chest in a storeroom.

A family record showed that the manuscript has been in the possession of the Okochi family since it was handed down from the Kuroda family of the Fukuoka feudal domain in 1743. 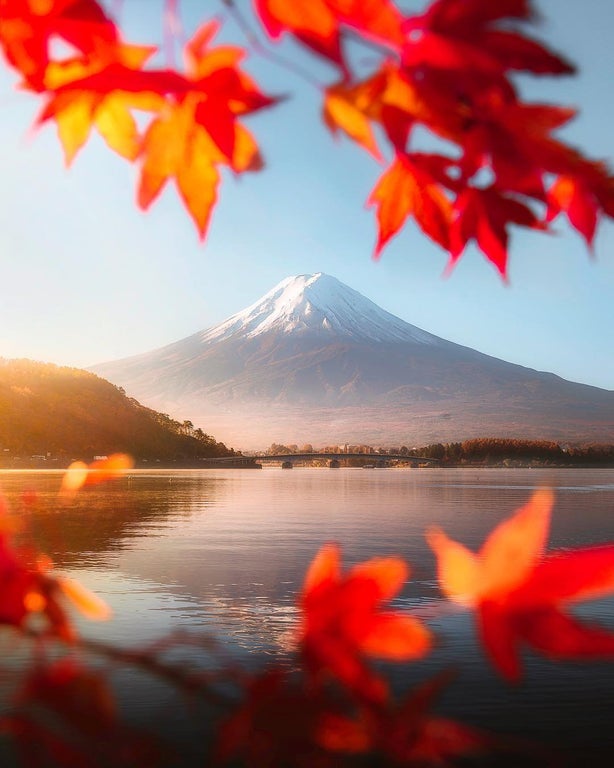 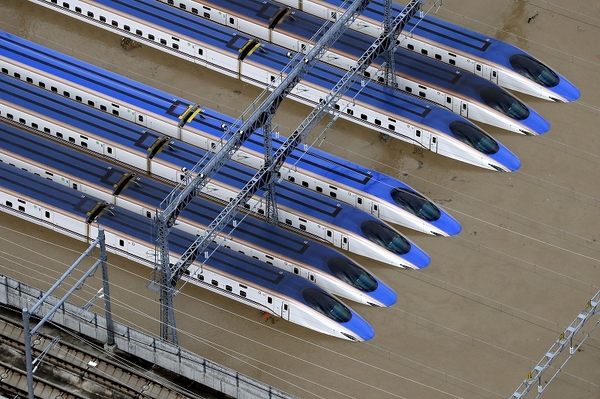 Shinkansen trains flooded. We just had a major typhoon come through yesterday.

Yes, that was a hell of a storm. Something like 1000mm (39.3 inches) of rain in 48 hours in some areas and the flooding is still ongoing.

But, in other news, Japan just beat Scotland in the Rugby World Cup 28-21, advancing to the best eight for the first time ever.
Top

If anyone's curious there's a couple of brief videos of the ceremony if you follow the link.

ETA: here's a longer unedited video of the ceremony. Skip ahead to see the people in their funny kabuki costumes. Too boring to watch straight through.

his wife has gonorrhea. I should know.
Top 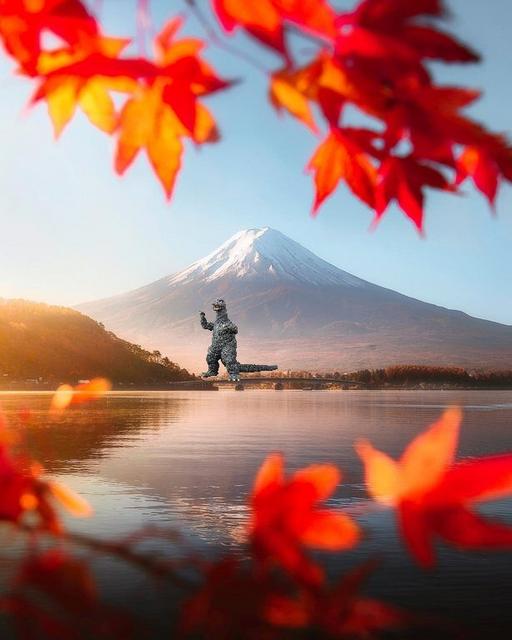 I'll stick my neck out for YOU!!
Top

Ike no Taiga’s “Real Landscape of Mount Hiei” (1762) is seen before, left, and after, right, its restoration.

Japanese cultural properties, often made of fragile materials such as paper, silk and wood, have for many years regularly been repaired and handed down to the present.

The exhibition commemorates the forthcoming 30th anniversary in 2021 of the establishment of the Sumitomo Foundation, which has provided a large amount of subsidies for the maintenance and repair of paintings, sculptures and other cultural properties in Japan and overseas.

The foundation has supported the maintenance and repair of 1,100 works so far, spending more than ¥2.4 billion in total. In 2013, it received the special prize in the Yomiuri Aoniyoshi Award, an award to honor individuals and organizations on the frontline of protecting and preserving cultural heritage.

Repair work is an opportunity to shed new light on cultural properties.

The Sen-oku Hakukokan Museum in Kyoto recently exhibited about 30 items, mainly cultural properties of Kyoto. Among them is poet Fujiwara Teika’s handwritten diary “Meigetsuki,” a national treasure from the Kamakura period (late 12th century to 1333) that is the property of The Reizei Family, Kyoto.

The diary is written on the backs of letters addressed to Teika. When the letters were being restored, they were taken apart and photographed. The backs were usually hidden due to backing, so they had never been exposed. The text thus revealed became valuable material for the study of medieval history. 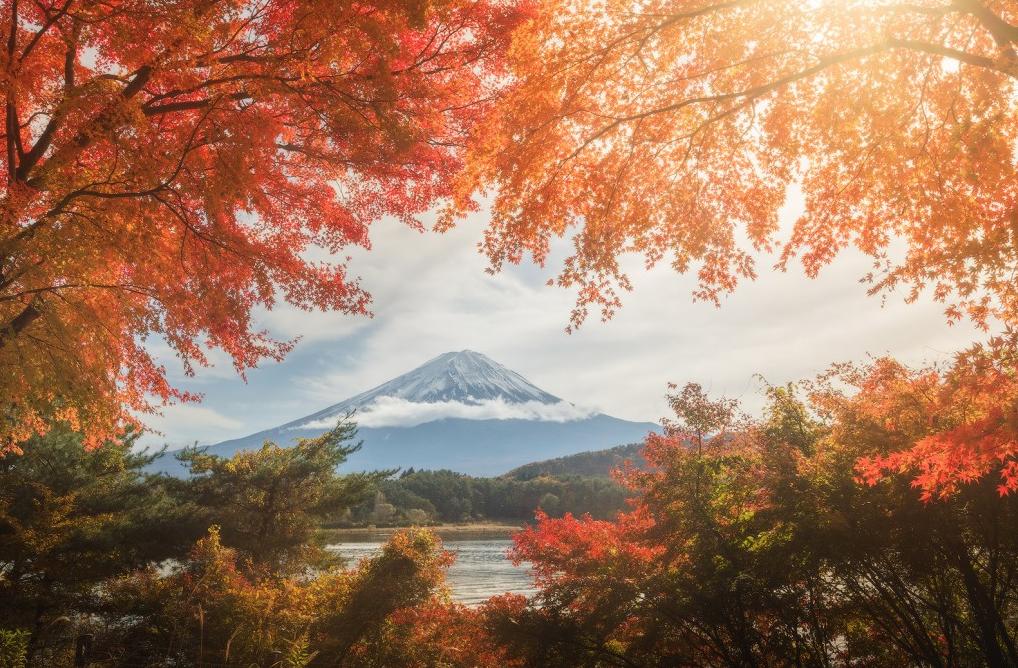 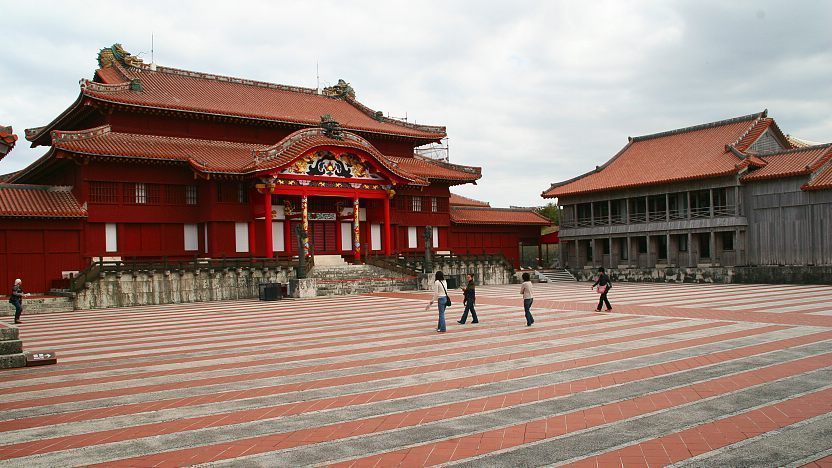 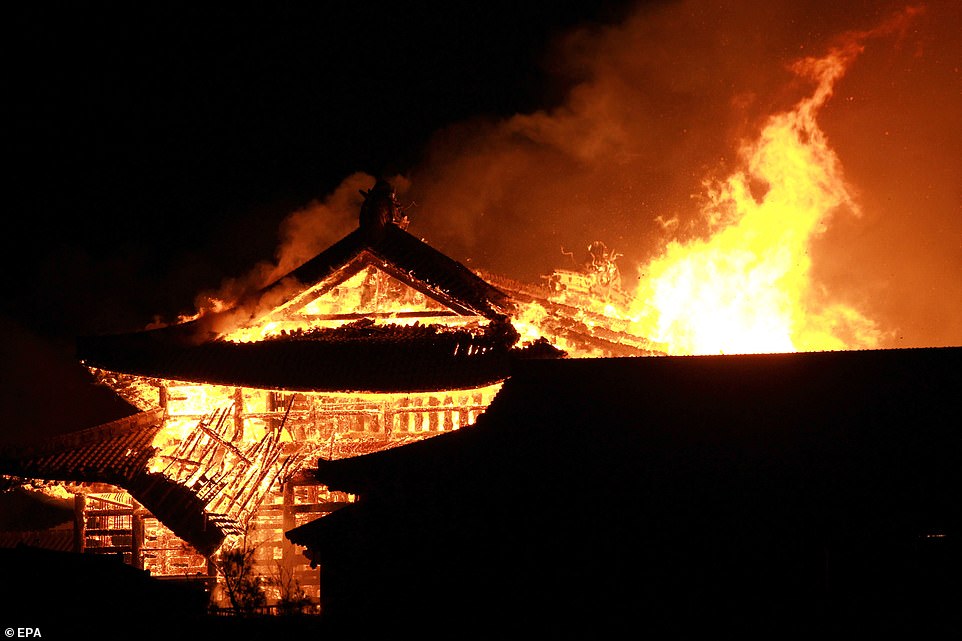 Japan Post Co., a unit of state-backed Japan Post Holdings Co., retrieved the cash and dismissed them in fiscal 2018, but had not disclosed the incident, the sources said.

The stamps had been used for postpaid mail, a service that is often sold at a discount to companies that want to pay -- in stamps or cash -- upfront for bulk mail.

They had been sold on by the two executives to discount ticket shops, and are believed to have not been postmarked, the sources said.