This is our lounge area. Feel free to come in and get acquainted!
3051 posts

North Korea's official newspaper denounced Japan on Tuesday over a reported plan to allow the use of its imperial flag during next year's Summer Olympics, saying that such a move is an outright insult to other Asian countries and a mockery of sports spirit.

Japan's organizing committee for the 2020 Tokyo Olympics has reportedly said that it would not prevent spectators from wearing or displaying the Rising Sun Flag, citing that it is already a widely used item in the country.

Used during World War II, the flag is considered a symbol of Japan's militarism. Its display in sports and other public events has drawn strong condemnation from Asian countries that suffered from Japan's invasion.

"(The use of the flag) would be an unbearable insult to the people of other Asian countries that were forced into unhappiness and pain by Japan's invasion and a mockery of the Olympic spirit that supports peace and friendship," the Rodong Sinmun said.

The paper claimed that Japan is trying to turn the Olympics into a "political propaganda stage" and adding that the intention behind the move is to revive its militarism.

South Korea has also called on Japan to retract any plan to allow the use of its old imperial flag during next year's Olympics. Earlier, Seoul sent a letter to International Olympic Committee President Thomas Bach, expressing "deep disappointment and concerns" over the issue.

Japan ruled the Korean Peninsula as a colony from 1910-45. (Yonhap)

Interesting. As if the German team sported the swastika?


Yes. I don't have the link, but I've since read she backtracked and said she "misspoke", "of course Japan has the presumption of innocence," etc.

But I think her first statement better reflects the (usually) unspoken reality.

It also reflects the general assumption in Japan that if the police arrest you, you're guilty.

Overall, Japan is probably safer than the States. And I have a nice life here. But it's criminal justice and family law systems are not first world.
Top

The team will not be wearing it. It's a question of whether spectators will be allowed to either wear it or display it.

I don't think the Japanese consider it like the equivalent of a swastika. The flag is used by Japan's Navy, err, Maritime Self Defense Force. Similar flags are used by other branches of the SDF.

https://en.wikipedia.org/wiki/Japan_Mar ... ense_Force
A fool thinks himself to be wise, but a wise man knows himself to be a fool.
William Shakespeare
Top

I get that part, but what about everybody else in the former co-prosperity sphere? 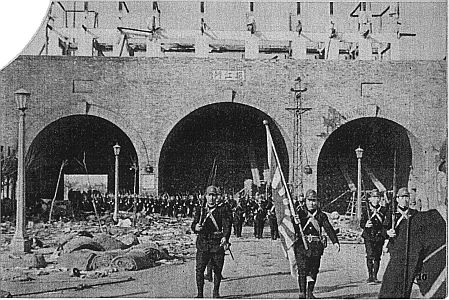 There was a petition last year:

Japan and the IOC have approved the use of the rising sun flag at the 2020 Olympics. This flag is offensive to many of Asian heritage and U.S. WWII veterans. It was used as a symbol of the Imperial Japanese Army during a time in which they committed terrible atrocities and war crimes. This flag often invokes the same feelings as seeing the Nazi flag. It has no place at the Olympics, an event meant to celebrate unity and peace between nations. Using the flag will hurt relations between South Korea, North Korea, and Japan. It negatively effects the ongoing peace efforts that impact the United States.
We call upon the highest leaders of the United States to oppose the use of the rising sun flag at the 2020 Olympics in Tokyo and to submit a formal complaint to the IOC about its planned use.

Nuke em again. Just so they know where they stand ...or turn to chalk...as it were. Would be exactly like Germany.....

Oh fuck it, this thread has been Goddwined enough.
You can lead them to knowledge, but you can't make them think.
Top

TOKYO (Reuters) - A growing number of foreigners in Japan are speaking out against what they say is a little-known but entrenched system that allows one parent in a broken relationship to take away the children and block the other from visiting them.

The issue of what media in Japan and overseas call parental child “abduction” has regained international attention recently, particularly in Europe where documentaries have been made about European fathers whose children were taken by their Japanese wives.

Japan’s judicial system has drawn global attention with the lengthy detention - and subsequent fleeing - of former auto executive Carlos Ghosn in what critics have characterized as a “hostage justice” system.

Australian Scott McIntyre was the latest foreigner to raise his voice against the estrangement of separated parents from their children in Japan.

McIntyre was detained for 1-1/2 months in Tokyo for trespassing when he went to his in-laws’ apartment to seek information on his two children. He remains married, has no restraining order against him, retains full parental rights, but has not been able to see his children since May, when his wife left with them.

“Sitting here today, I don’t know if my children are alive or dead,” McIntyre told a news conference on Thursday, a day after he received a six-month suspended sentence.

He said he had made numerous requests to the police and his wife’s lawyers - the two are going through a divorce mediation - to let him know whether the children are safe, but that those were ignored.

The wife’s legal representative, Jun Kajita, said he could not go into specifics but there were some facts that were “not consistent” in McIntyre’s claims.

“This is only going to change when Japanese parents speak out as well,” McIntyre said, adding that he had received many letters of support from local parents suffering the same plight. “Children should have access to both parents - it’s a fundamental human right.”

No official statistics exist on how widespread the issue is. But non-profit organization Kizuna Child-Parent Reunion estimates that roughly 150,000 children lose contact with a parent every year in Japan because of estrangement from the non-custodial parent.


I lived through a mild version of it. It's fucking terrible.

It is also terrible in-country as well. In the last week, I meet two Japanese fathers who, despite trying, haven't seen their kids for years.

To their eternal shame, Japanese courts/politicians won’t do shit about it.

I think the "One parent [almost always the father] doesn't get to see his kids after divorce. Oh well." attitude reflects a flaw in their national character.

But, even if they establish joint custody, the courts are going to have to enforce visitation, etc. And, as noted above, much as with holding prosecutors' feet to the fire and denying continuous detention, I suspect there is very little judicial/political will to do so. It's one of those things that promises to offer a high level of "troublesomeness" for very low political benefit.
Top 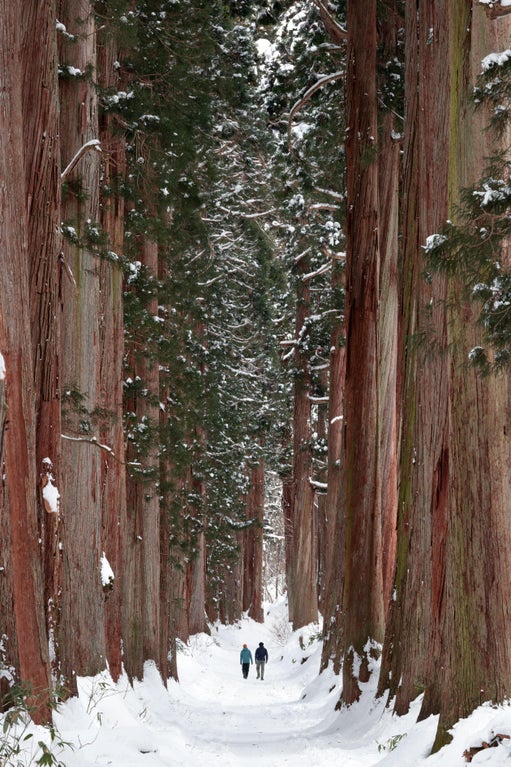