This is our lounge area. Feel free to come in and get acquainted!
1117 posts

Context? One assumes it ain't the Great Gate of Kiev??
... The stars were suns, but so far away they were just little points of light ... The scale of the universe suddenly opened up to me. It was a kind of religious experience. There was a magnificence to it, a grandeur, a scale which has never left me. Never ever left me.
Carl Sagan
Top

The law, which will come into force on July 1 next year, has been met with resistance by some electronics retailers, who say the legislation was adopted without consulting them.

The law has been presented as a way to help Russian IT firms compete with foreign companies and spare consumers from having to download software upon purchasing a new device.

The country’s mobile phone market is dominated by foreign companies including Apple, Samsung and Huawei. The legislation signed by Putin said the government would come up with a list of Russian applications that would need to be installed on the different devices.

Russia's controversial intelligence ship Yantar has been operating in the Caribbean, or mid-Atlantic, since October. She is suspected by Western navies of being involved in operations on undersea communications cables. Significantly, she appears to be avoiding broadcasting her position via AIS (Automated Identification System).

Yantar has been observed conducting search patterns in the vicinity of internet cables, and there is circumstantial evidence that she has been responsible for internet outages, for example off the Syrian coast in 2016.

The Caribbean has a large number of undersea internet cables including many which lead to and from the United States. A study by British think tank Policy Exchange described undersea internet cables as “Indispensable but insecure.” It noted that they are “jugulars of the world economy which are a singularly attractive target for our enemies.” The report mentions Yantar, saying that she carries two submersibles capable of "cutting cables or tapping them for information."

The Coast Guard broadcast the “Marine Safety Information Bulletin” to alert mariners in the area to the Russian ship’s presence and its behavior on Sunday.

“The United States Coast Guard has received reports indicating that the RFN Viktor Leonov has been operating in an unsafe manner off the coast of South Carolina and Georgia,” read the notice from the Coast Guard in Charleston.

The ship was operating in international waters and not using running lights while in reduced visibility conditions, the Coast Guard reported. Also, the ship was not responding to hails by commercial vessels attempting to coordinate safe passage. The ship was engaged in other erratic movements not detailed in the report.

The notice went on to advise mariners to, “maintain a sharp lookout and use extreme caution when navigating in proximity to this vessel.”

At least one person has been killed and five wounded in a shooting at the headquarters of Russia's Federal Security Service (FSB) in central Moscow, Russian media say.

A gunman who opened fire with an automatic weapon at the entrance of the building was killed by an armed officer, Interfax news agency reports.

Security forces cordoned off the area and moved bystanders into buildings.

The FSB denied earlier reports suggesting there were three gunmen in the attack on its headquarters. The unconfirmed reports said two had been killed in the lobby while the third ran off to a nearby building where he was later killed in a shootout with police.

Among the injured were two seriously hurt officers, the Health Ministry told Russian media. Shortly afterwards, the intelligence agency itself confirmed the death of one FSB officer - though it is not clear if he is one of the two reported injured in the earlier report.

They are looking into whether the attack was timed to coincide with Vladimir Putin's four-hour press conference, which ended during the afternoon.

Moscow, Russia (CNN)The entire Russian government is resigning, Prime Minister Dmitry Medvedev announced Wednesday, after Vladimir Putin proposed sweeping reforms that could extend his decades-long grip on power beyond the end of his presidency.
Putin thanked members of the government for their work but added that "not everything worked out." Putin added that in the near future he would meet with each member of the cabinet. The mass resignation includes Medvedev.
The surprise announcement came after Putin proposed constitutional amendments that would strengthen the powers of the prime minister and parliament at the expense of the presidency.

Taking power from the presidency and handing it to parliament could signal a power shift that has been long speculated about in Russia.
Putin's critics have suggested that he is considering various scenarios to retain control of the country after his presidential term ends in 2024, including the option of becoming prime minister with extended powers. Similarly, in 2008 Putin swapped places with the prime minister to circumvent the constitutional provision banning the same person from serving two consecutive terms.

MOSCOW (Reuters) - Russian President Vladimir Putin proposed constitutional changes on Wednesday that would give him scope to extend his grip on power after leaving the presidency, and picked a new prime minister after Dmitry Medvedev and his cabinet stepped down.

Most importantly, Putin suggested diminishing the powers of the presidency and beefing up those of the prime minister.

The dramatic moves were widely seen as preparing the ground for 2024, when Putin, now 67, is obliged to leave the presidency after occupying the Kremlin or the prime minister’s job continuously since 1999.

Putin nominated Mikhail Mishustin, 53-year-old head of the tax service, as the next prime minister. Mishustin, who will be quizzed by parliament on Thursday, has played ice hockey with Putin but has little public profile and had not been spoken of as a possible candidate.

Misleading title, it's a kidnapping attempt.

MOSCOW (Reuters) - The Kremlin said on Wednesday that President Vladimir Putin had no view on a proposal that would see his job description change to Supreme Ruler from head of state after a government commission said it was considering the idea.

The title change is one of an array of possible alterations to the Russian constitution put forward by members of a government commission set up after Putin earlier this month said he wanted to change the Russian basic law.

Putin, 67, proposed his own constitutional changes, which were widely seen as giving him scope to retain influence once his current presidential term expires in 2024, though he has said he does not favour the Soviet-era practice of having leaders for life who die in office.

The overhaul, which triggered a change in government, also cemented Putin's control of the transition process and was seen by some as an attempt to reduce intra-clan infighting between now and 2024, while allowing Putin to show he is responding to public discontent after years of belt-tightening.

Other proposals include formally recognising Russia's status as a "victorious power" in World War Two and recognising Orthodox Christianity as the country's main religion, the Kommersant newspaper reported.

"Naturally some (of the proposals) will be eliminated, some will be accepted and from this the commission's sought-after result will appear," Peskov told reporters.

Russia's TASS news agency said Vladimir Zhironovsky, leader of the nationalist pro-Kremlin LDPR party, had suggested the president be known as the Supreme Leader many times in order to move away from job titles derived from foreign languages.

I bet it sounds better in Russian.

But Pooty is non-committal, because the real goal is to have your own name become the word for Supreme Ruler.

↑ In folk etymology Vladimir already means "ruler of the world" – and he's Vladimir Vladimirovitch. So, there. 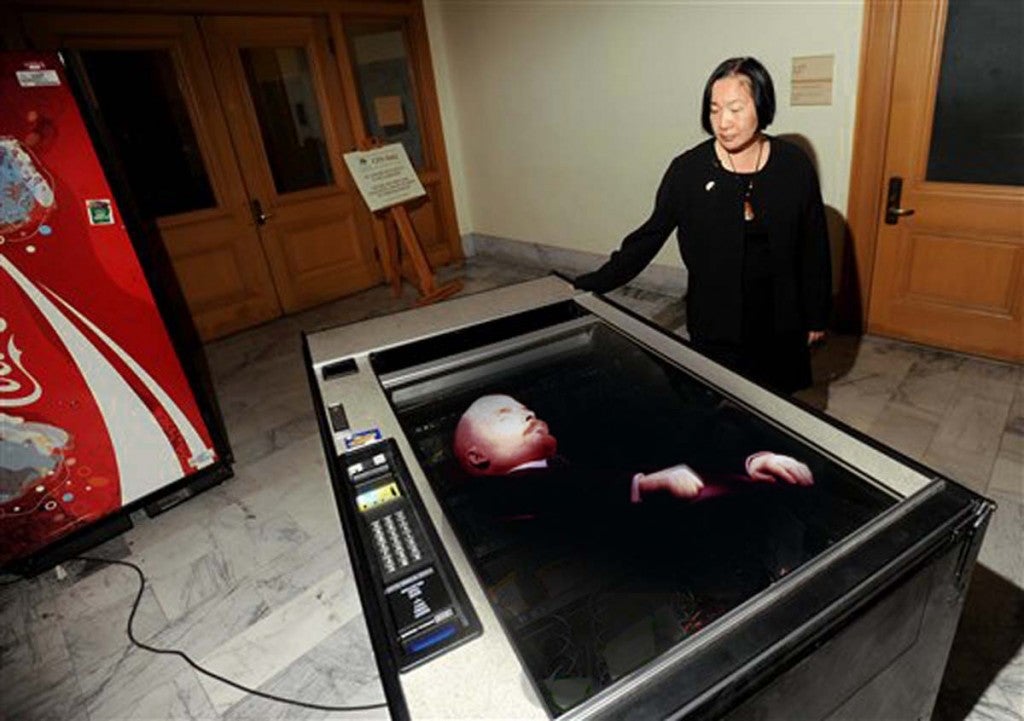 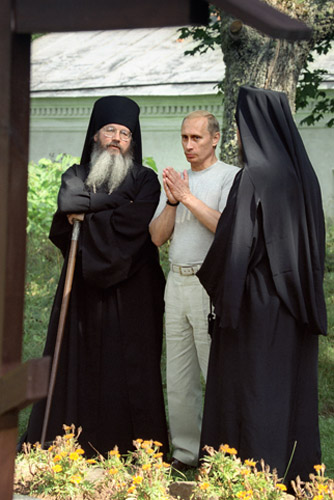 The man suspected of killing an anti-Putin blogger in France fled to Moscow afterwards, and is linked to one of Putin's closest allies, police say

MOSCOW (Reuters) - Russian presidents could be made immune from criminal prosecution once they leave office under proposed constitutional reforms, a senior lawmaker said on Tuesday.

The proposal, made by a parliamentary working group, comes after President Vladimir Putin last month announced sweeping reforms to the political system that would shift some powers away from the presidency.

Putin’s initiatives, which were followed by a government shake-up, are widely seen as a way to allow him to extend his grip on power after his term ends in 2024.

“The president of Russia, having ceased to exercise his powers, has immunity. We have this (proposed reform),” he said at a working group meeting, RIA news agency reported.

Retirement to Russia after leaving office because France or Switzerland might extradite him?

"Yes! A BIG REWARD!" ====> Click here to turn in a sicko
The arc of the moral universe bends towards chaos.
People who believe God or History are on their side provide the chaos.
Top
1117 posts