This is our lounge area. Feel free to come in and get acquainted!
1149 posts

MOSCOW (Reuters) - Dozens of Russian communists defied Moscow’s coronavirus lockdown on Wednesday by marching across Red Square to lay flowers outside Vladimir Lenin’s tomb to mark 150 years since the birth of the Bolshevik leader.

Led by Gennady Zyuganov, head of Russia’s Communist Party, a small group of people, some holding red flags, marched to the granite mausoleum where Lenin’s embalmed body lies to pay their respects.

The ritual, which is observed annually on April 22, comes with Moscow in its fourth week of a lockdown aimed at slowing the spread of the new virus.

Muscovites are only allowed outside to buy food or medicine nearby, receive urgent medical treatment, walk the dog or take out the trash.

A policeman guarding Red Square, which has been closed off to the public and was otherwise empty as it snowed on Wednesday, told Reuters the communists had received special permission to stage the event.

The Moscow police and the mayor’s office did not immediately respond to requests for comment.

Speaking to reporters on Red Square, Zyuganov said the Russian authorities’ efforts to contain the virus were no match for the Soviet approach to fighting a smallpox outbreak in Moscow in 1960.

“Now they can’t even produce masks in three months,” he said, referring to the current Russian authorities.

And the trains were on schedule?

On the building that once housed the local headquarters of the Soviet secret police in the Russian city of Tver, where 80 years ago thousands of Polish prisoners of war were murdered, plaques commemorating the victims of Stalinist crimes were today removed.

The prosecutor’s office sought the removal of the plaques last year, arguing that they had been placed on the building “unlawfully” and that “the information presented on them does not reflect the actual truth”, reports Gazeta Wyborcza.

The removal itself was carried out by the leader of a local nationalist movement and the deputy rector for security at the medical university now housed in the building, according to Alexander Guryanov of Memorial, a Russian society that commemorates the Soviet Union’s totalitarian past.

Guryanov told Polish website RMF24 that there was “no legal basis” for the action. He noted that the university’s security official is someone usually appointed by the FSB, Russia’s state security agency.

https://notesfrompoland.com/2020/05/07/ ... y-soviets/ for details on the Katyn massacre and how its memory irks the local nationalists.
Top

Russia’s new move to strip Ukrainians of their own land in Crimea is in flagrant violation of Ukrainian and international law and will bring consequences, both for Russia and for those Russians who ‘buy’ land illegally expropriated from Ukrainians.

At a joint briefing on 6 May, the Crimean Prosecutor’s Office, Office of the President’s Representative on Crimea and human rights groups spoke of methods to protect Ukrainians from losing their land following the illegal decree issued by Russian President Vladimir Putin on 20 March 2020.

As reported, the decree makes amendments to a list of “coastal territories” which “foreign nationals, stateless persons and foreign legal entities” cannot have land rights to. The list includes most parts of occupied Crimea, except for three regions without access to the Black Sea. Since Russia, as invader and occupying state, is treating Ukrainians as ‘foreign nationals’, the decree effectively strips Crimean Tatars and other Ukrainians who have not taken Russian citizenship of their land rights.

Russia’s new move is in breach of the Geneva Convention on the Protection of Civilians which expressly prohibits the destruction or expropriation of property by occupying powers. The trouble is that Russia is brazenly violating all international treaties with its ongoing occupation of Crimea, and simply stating this will not help the Ukrainians who now face having to sell their land, or have it forcibly sold, almost certainly for very little money, by 20 March 2021. 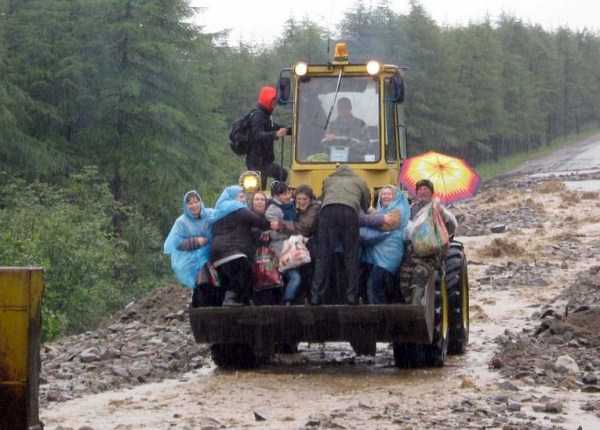 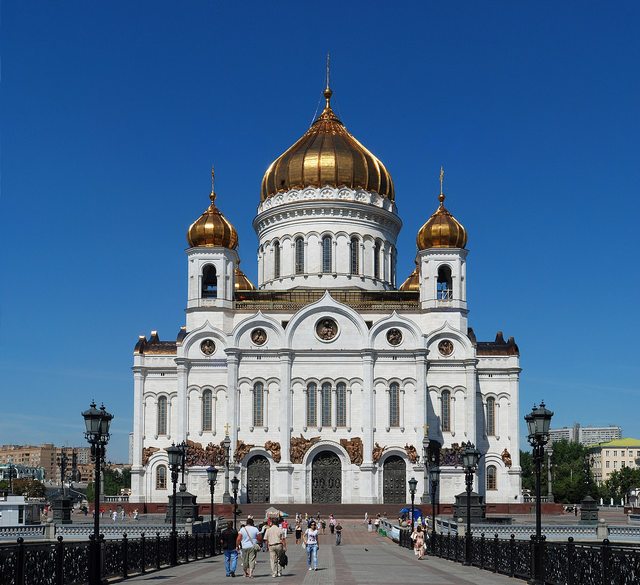 Destroyed to build this thing that never got built. 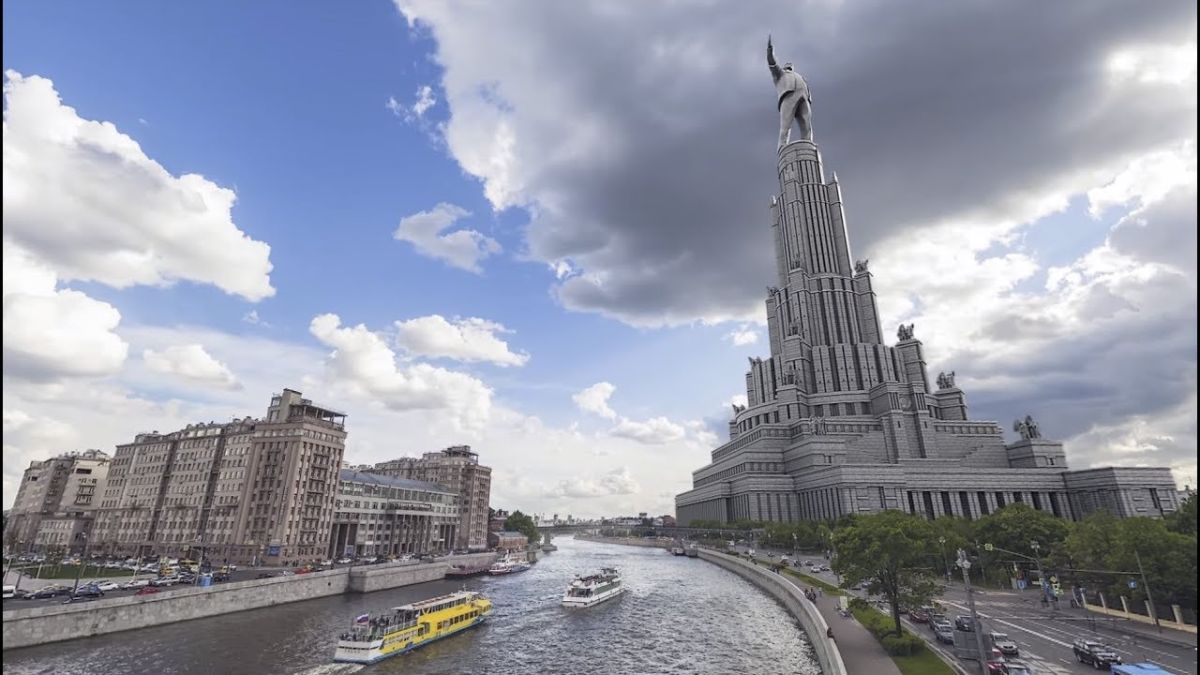 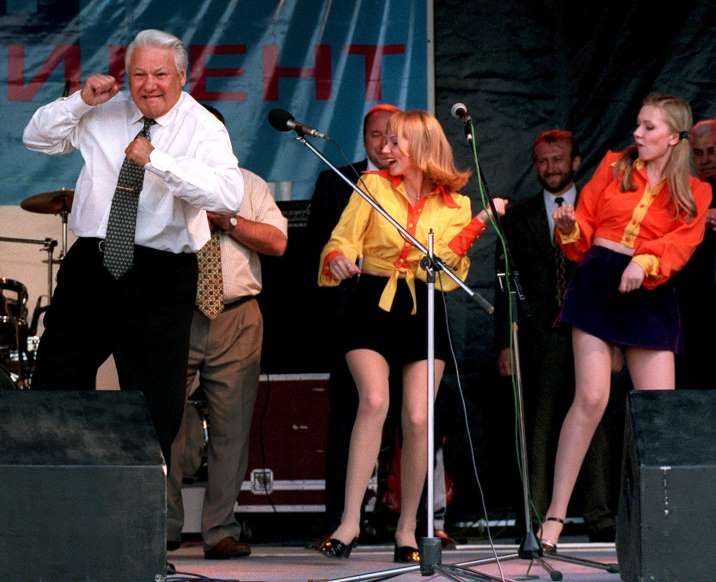 The counterfeit money was "printed by Joint Stock Company Goznak – a Russian state-owned company – and ordered by an illegitimate parallel entity," the State Department said in a statement, commending Malta for successfully confiscating the fake dinars.

The U.S. said the incident again highlighted "the need for Russia to cease its malign and destabilizing actions in Libya."

Russia is a staunch supporter of putschist Gen. Khalifa Haftar, whose Libyan National Army (LNA) fights against the internationally-recognized Government of National Accord (GNA) for control over the Libyan capital Tripoli. An estimated 800 to 1,200 fighters from Russia's Wagner Group are backing Haftar's offensive.

A female police lieutenant colonel has fallen from a window on the fifth floor of a Moscow hospital treating coronavirus patients, Russian media reported.

The reports said the incident occurred at Moscow City Clinical Hospital No. 24 on the evening of May 30.

The woman, identified as 45-year-old Yulia B. by Komsomolskaya pravda, was described as a senior expert at the Forensic Center of the Interior Ministry.

The newspaper reported that the police lieutenant colonel died on the spot, but Russian media organization RBC said she survived the fall and was placed in an intensive-care unit.

Komsomolskaya pravda said the police colonel left her ward to go into the corridor, then "fell" from the fifth floor window, and landed on the grass below.

The incident comes after three physicians in Russia fell out of windows amid mysterious circumstances during the coronavirus outbreak.