This is our lounge area. Feel free to come in and get acquainted!
1147 posts 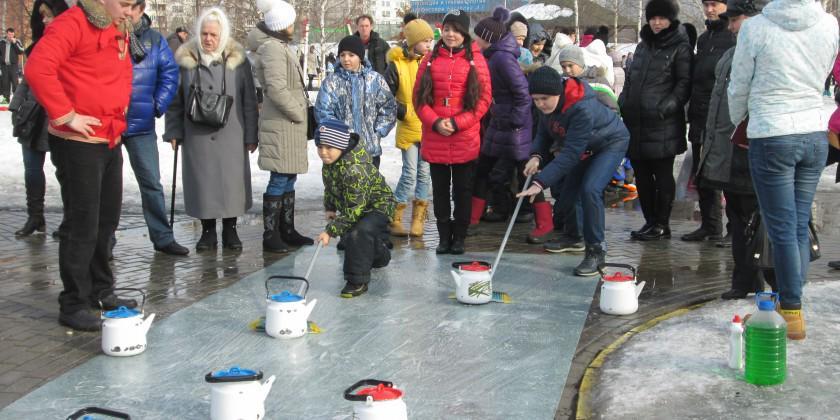 Not Russia per se, but I'll put it here anyway: 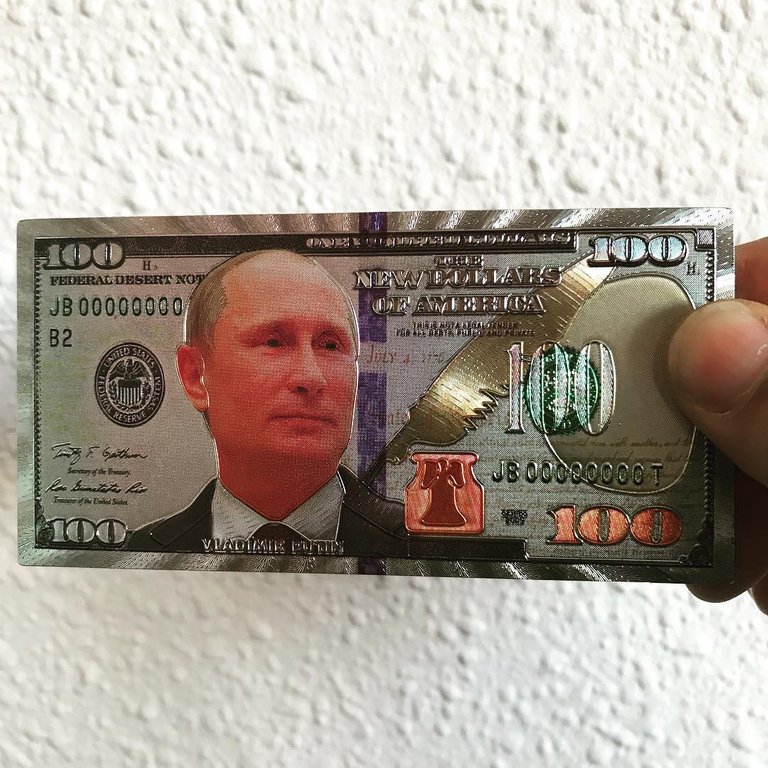 Cute.
You can lead them to knowledge, but you can't make them think.
Top 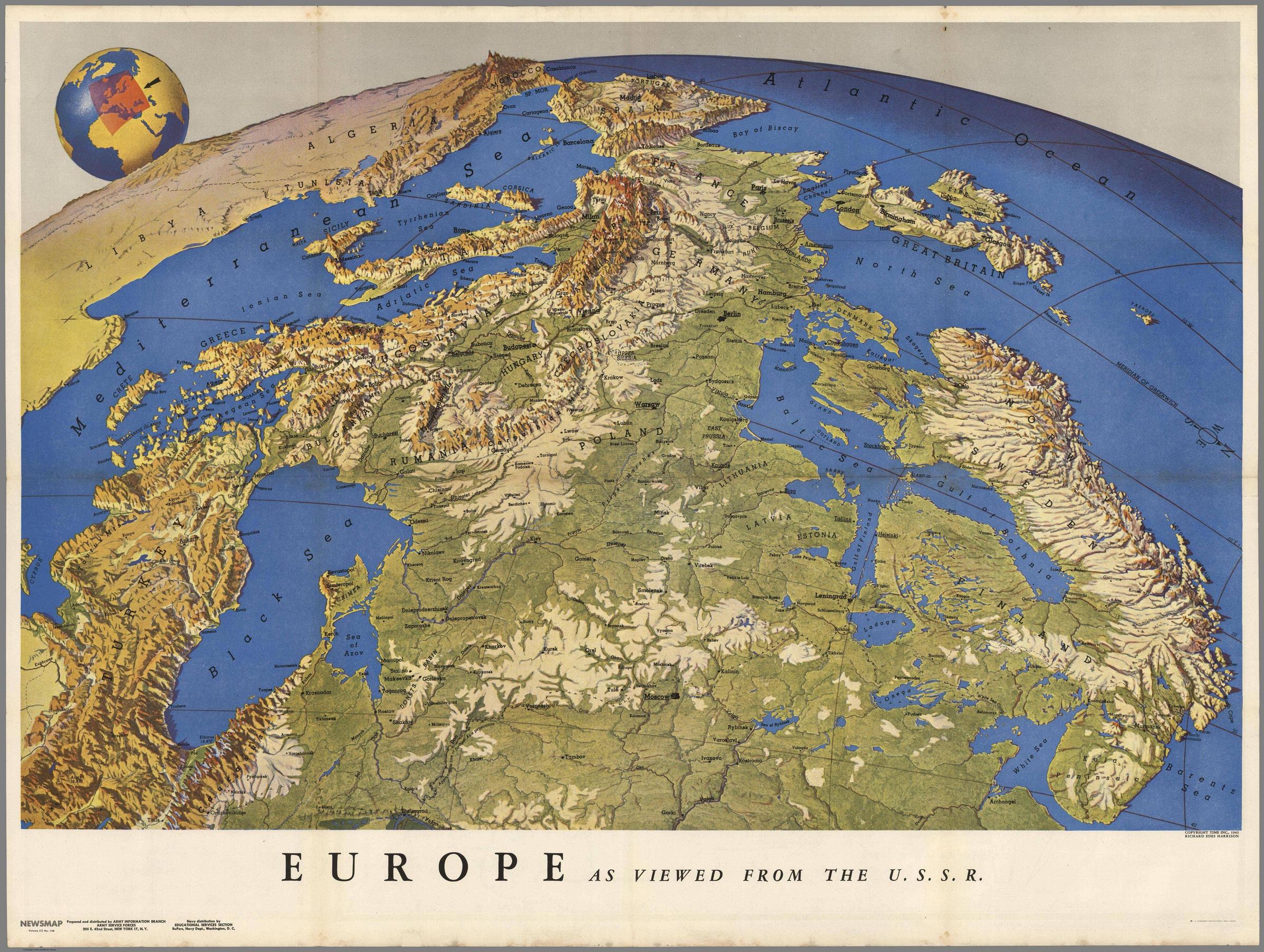 As viewed from the USSR atop the megalithic Lenin atop that never-built skyscraper. 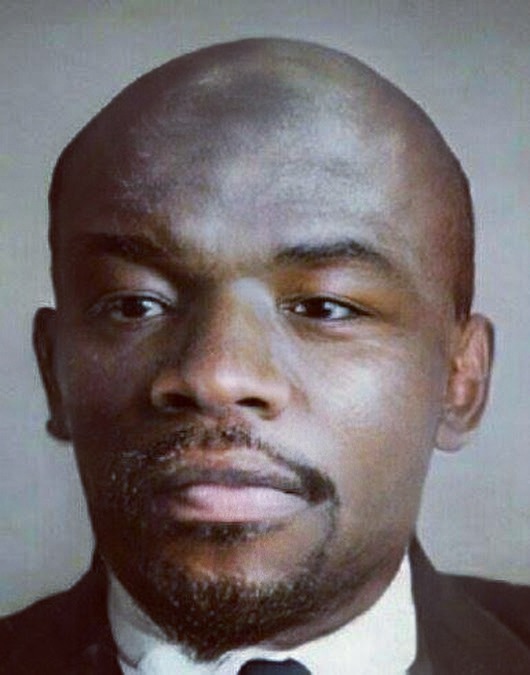 Could go in the UFO thread: 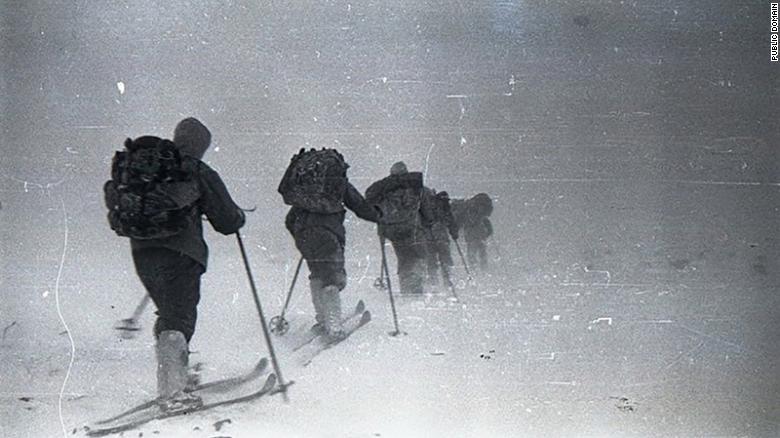 Some members of the Dyatlov group during the expedition.

Russian prosecutors have launched a new investigation into the mysterious case of nine students who died in bizarre circumstances after disappearing on a skiing trip 60 years ago.
Countless articles, books and documentaries have sought to explain the fate of the group from the Ural Polytechnic Institute who set off on the trip in 1959 under the direction of Igor Dyatlov, a fifth-year student. 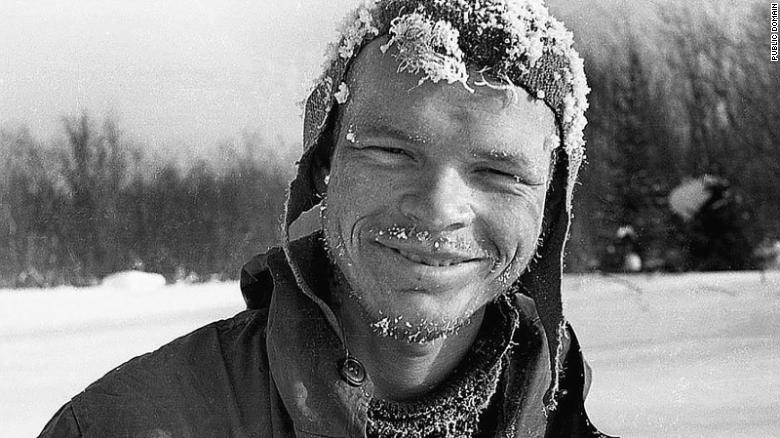 Nobody has so far managed to uncover solid proof of why the group of experienced hikers fled their tents in a remote camping spot while partially clothed and without footwear. Their bodies were discovered over the following weeks in the snow, with several having suffered serious head wounds.
The seven men and two women set off on the ski trip on January 23, 1959. Their 16-day itinerary aimed to cover 190 miles and cross the North Ural mountains: Otorten and Kholat Syakhl. The plan had been to make contact by telegram from the final point -- a village called Vizhay -- but this never happened.
A search operation was launched on February 20, and six days later the students' tent, which had been sliced open, was discovered. The following day the bodies of Yuri Doroshenko and Yuri Krivonischenko were found just over a mile away. Lying by a campfire, they were both stripped to their underwear.

In the days that followed, three more of the skiers were dug up, including Dyatlov, while the remaining four were only found in May once the snow had melted.
A criminal case was opened at the end of February, but it was closed three months later having concluded that the "spontaneous power of nature" was to blame. The Soviet-era investigation remained classified until the 1970s, the AFP news agency reported.

It has a Wiki page: https://en.wikipedia.org/wiki/Dyatlov_Pass_incident
Top

Russian witches and seers performed on Tuesday one of their most powerful rituals, "the circle of power,” to pass on their mystical energy to President Vladimir Putin.

Dozens of people who claim to have supernatural powers stood side by side, reading spells in their effort to support the Russian head of state.

Self-proclaimed leader of the Russian witches Alyona Polyn said the main intention of the gathering is to enhance quality of life in Russia, the whole world in general and to support the president.

“We have gathered here to make the world better off through Russia,” Polyn said.

“Come up with the greatness, power of Russia, direct the way of Vladimir Putin right and correctly throughout the word of mine,” she intoned during the ceremony.Russian traditional culture has various mentions about people who were attributed to have certain magical powers and derive their strength from mystical sources.

According to Russian Health Ministry data, around 800,000 people earned a living from performing as folk healers, psychic mediums and other similar services in 2017.

Google has started to remove certain entries from its search results in Russia in compliance with long-standing demands from the authorities, the Vedomosti business daily reported Wednesday.

Roskomnadzor, which bans websites containing prohibited information on topics such as child pornography, drugs and suicide, has also been accused of being a tool of state censorship. The regulator has blocked access to corruption investigations by opposition activist Alexei Navalny, the LinkedIn social network and the Telegram messaging app, and is currently investigating BBC Russia over possible violations.

Google began complying with Russian requirements and has deleted around 70 percent of the websites blacklisted by authorities, an unnamed Google employee told Russia’s Vedomosti business daily Wednesday. An unnamed Roskomnadzor source reportedly confirmed the information to the paper.

On Thursday, a Roskomnadzor spokesman told the state-run RIA Novosti news agency that the regulator had established a "constructive dialogue" with Google over filtering content.

"We are fully satisfied with the dialogue at this time," Vadim Ampelonsky, the spokesman, was cited as saying.

Putin's bank moves to Budapest, gets all conceivable privileges and immunities

The Moscow-based International Investment Bank is moving its headquarters to Budapest. The Hungarian Parliament debated the international agreement establishing the bank's new headquarters yesterday - there are a number of alarming details.

The proposition to introduce the new international agreement with Russia into the Hungarian legal system contains a number of unusual details that provide a number of extra rights for the International Investment Bank (IIB) that is the legal successor of the Comecon and the bank of the former Soviet economic organisation.

Apart from the specifications of the buildings the Hungarian state provides to serve as the new headquarters and other facilities of the IIB, the agreement stipulates that all costs are to be paid by the Hungarian taxpayers – including refurbishings, rent, and security.

The agreement contains a number of immunities that make sure that the Hungarian state will not be able to as much as enter the building without prior authorisation, as IIB will be granted similar legal standing as diplomatic missions and offices of international organisations. The state is supposed to provide security by stationing a "sufficient number" of policemen at the offices, but they will not be able to go in as long as they are not specifically invited in by the IIB.

According to the proposition, the IIB office will be inviolable and will be under the complete control of IIB, and will enjoy immunity against all sorts of forfeiture and expropriation procedures along with all material goods owned by the Bank, and no executive or judicial power can decide otherwise. Moreso, all assets of the bank will be

immune to all restrictions, regulations, control and moratoriums.

[…]
The government's position was made clear by Gábor Gion, state secretary of the Ministry of Finances. He said that IIB is registered at the United Nations as a multilateral development bank, and it receives all privileges and immunities that are granted to the other five such banks based in the European Union. He said that five EU member states (Bulgaria, the Czech Republic, Slovakia, Romania, and Hungary) hold 50.16% of IIB's shares, while Russia only holds 40.03%. 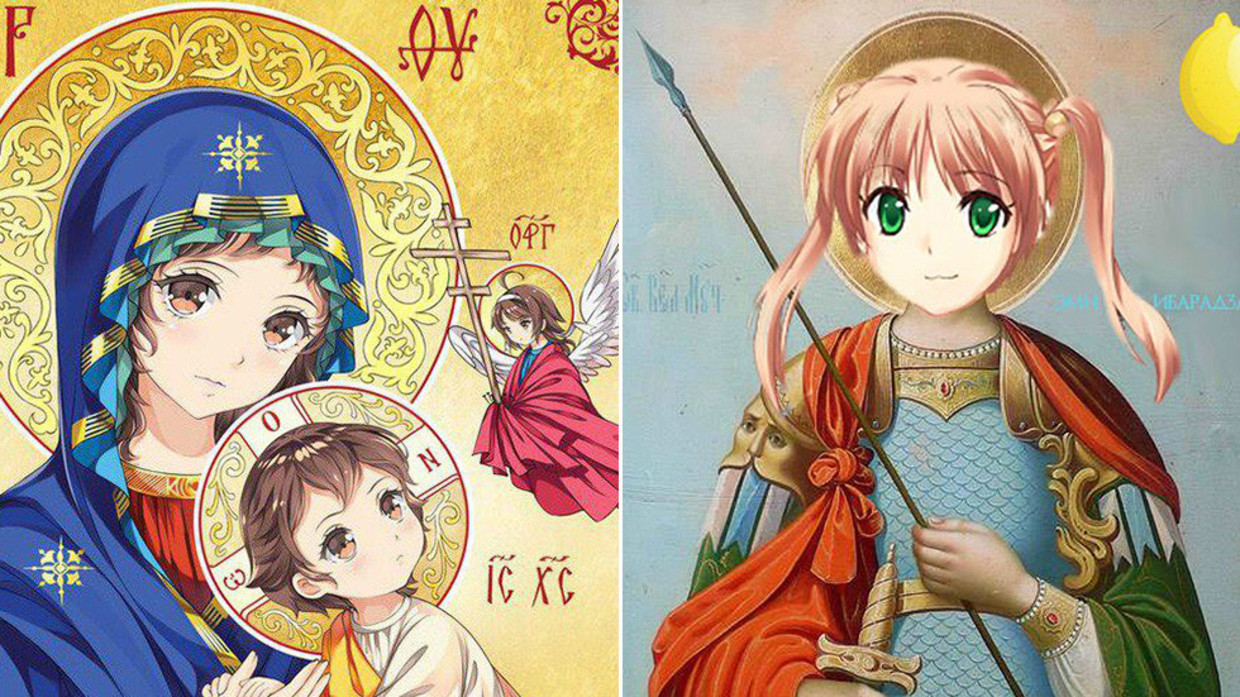 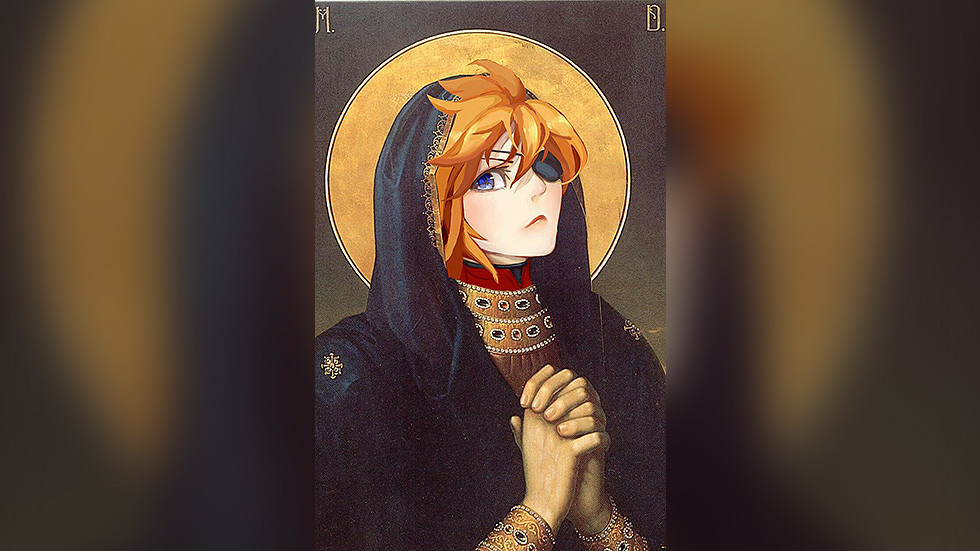 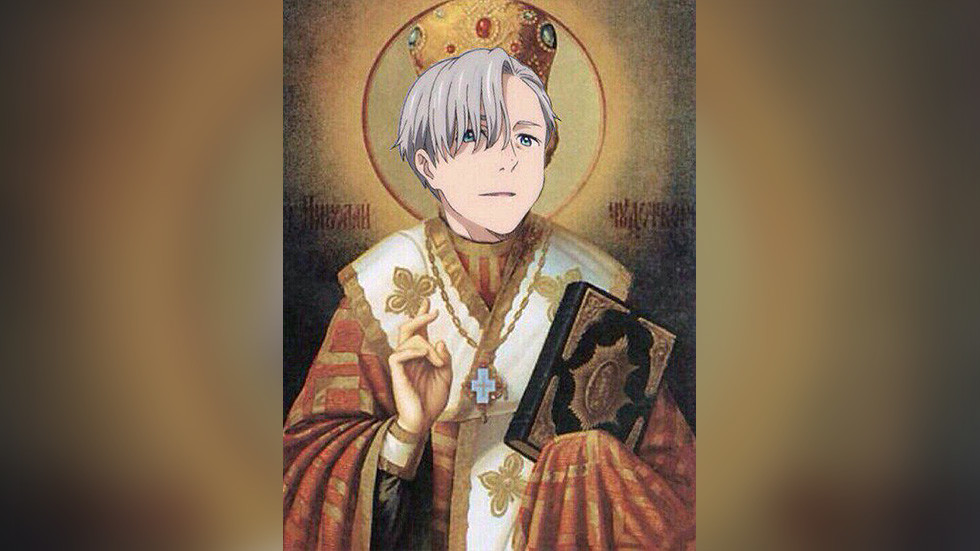 All the Russias are doomed! 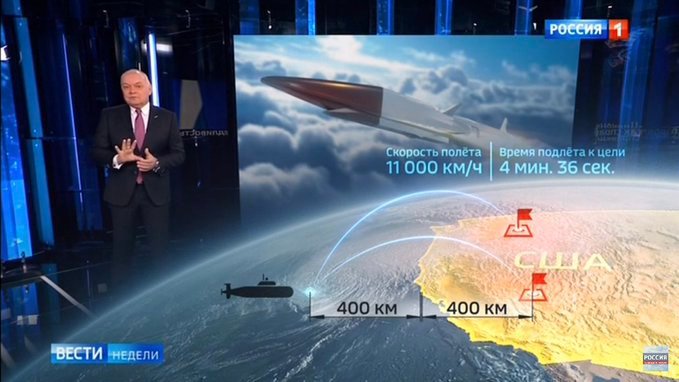 A Russian military court on Tuesday found two cyber security experts from Kaspersky Lab guilty of treason. The men, a former state security officer and a former cyber-security expert at Kaspersky Lab, were sentenced to 22 and 14 years in jail, respectively, Russian news agencies reported. Col. Sergei Mikhailov, a former officer in Russia’s Federal Security Service, and Ruslan Stoyanov, head of the computer incidents investigation team at Kaspersky Lab, were both convicted of passing secret information to foreign intelligence services, agencies reported. During a top-secret trial, the men faced accusations that they shared confidential material from a 2010 cybercrime and spam investigation to an analyst at a U.S. security firm. That analyst, Kimberly Zenz, never testified—and insisted in an interview with The Daily Beast that Stoyanov didn’t commit treason. 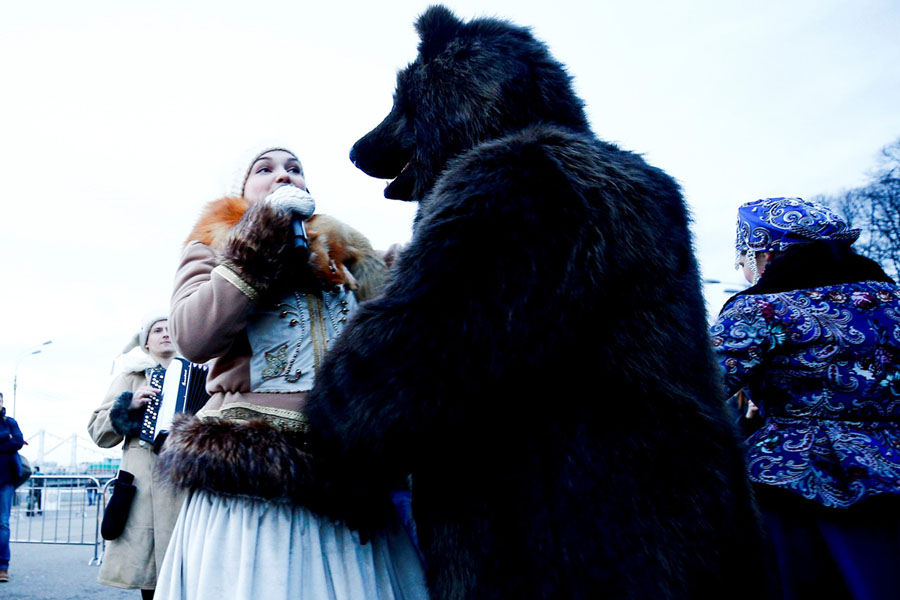 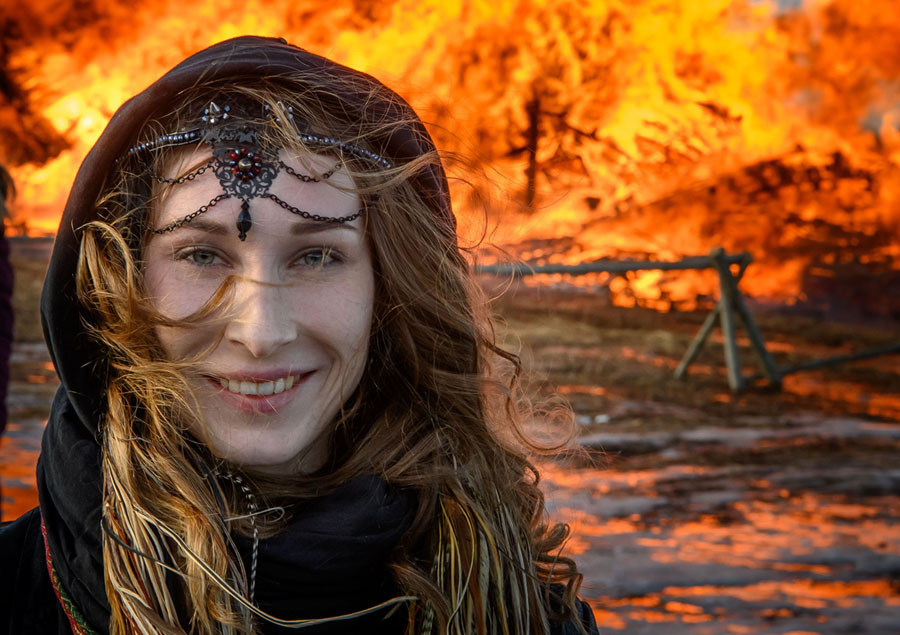 Photos: An Ancient Ceremony to Celebrate the End of Winter
A fool thinks himself to be wise, but a wise man knows himself to be a fool.
William Shakespeare
Top
1147 posts