This is our lounge area. Feel free to come in and get acquainted!
2221 posts https://www.health.gov.au/internet/main ... lucurr.htm
The flash of light you saw in the sky was not a UFO. Swamp gas from a weather balloon was trapped in a thermal pocket and reflected the light from Venus.
Top

Observe Alaska in 2004 and 2013. I don't think these are strictly anthropogenic in nature. Also Africa and South America. I think wildfires are the primary cause.
Top

Still, troubling. I think that SC should keep it's eye on this.
Wenn ich Kultur höre, entsichere ich meinen Browning!
My indifference is boundless

What do you make of that? Also do you have a link?
Wenn ich Kultur höre, entsichere ich meinen Browning!
My indifference is boundless

It would be more interesting if it were top ten per capita, but only among countries with populations over a million (or some such arbitrary cutoff).

That way you'd still have wide differences in population but still have reasonable comparisons, say between China and Siwtzerland.

But including minuscule countries whose main economic activity is tax shelters, or with one single immensely wealthy sultan, is not useful at all.

Bloody utilitarian. I found it funny that way… (Just think of Liechtenstein and its sultan prince!) 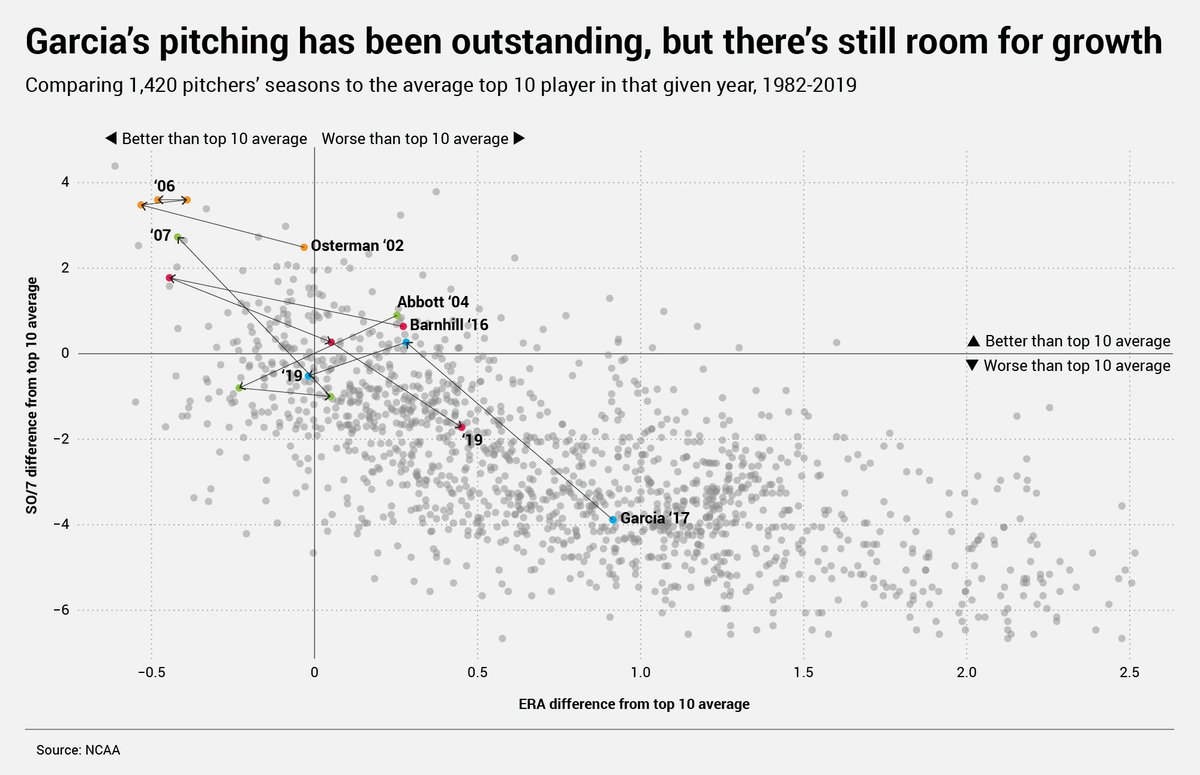 https://camd.northeastern.edu/gameplan/ ... sing-star/
The flash of light you saw in the sky was not a UFO. Swamp gas from a weather balloon was trapped in a thermal pocket and reflected the light from Venus.
Top 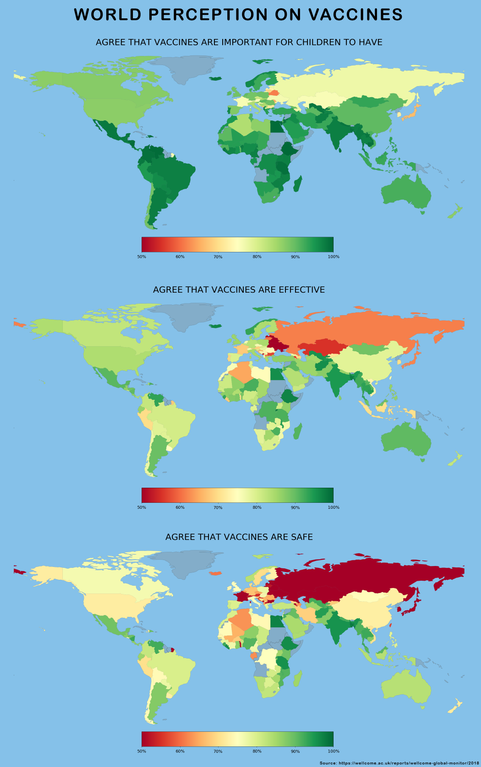 I think there have been some cases here that have led to bad publicity for vaccines.

In particular there has been some bad publicity around the HPV vaccine in recent years.


A Japanese court ruled yesterday that a medical journalist who has championed vaccination to reduce the risk of cervical cancer defamed a neurologist by writing that he had fabricated data showing a link between the vaccine and brain damage in mice.

The case had been closely watched by vaccine proponents, who worried the decision might embolden those in Japan and elsewhere who claim shots against the human papillomavirus (HPV) cause chronic pain and movement disorders in humans. To their relief, the court in Tokyo didn’t address that question; it only said that Riko Muranaka, a doctor, medical writer, and lecturer at Kyoto University in Japan, had not provided evidence that neurologist Shuichi Ikeda had made up the data behind his controversial claim.

The case comes against a backdrop of deep mistrust against the HPV vaccine, introduced in Japan in 2009 and added to the national vaccine program in April 2013. That same year, some vaccine recipients complained about severe side effects. In June 2013, the health ministry suspended its recommendation that all girls in their early teens receive the vaccine, causing the vaccination rate to drop from 70% for girls born in the mid-1990s to 1% today. The health ministry has also funded research and set up advisory panels to study the alleged side effects.

In March 2016, Ikeda, a neurologist at Shinshu University in Matsumoto, Japan, showed one such panel data purportedly showing brain damage in a mouse given the HPV vaccine. He repeated the claim for a news crew later the same day.

In the June 2016 issue of the business magazine Wedge, Muranaka claimed Ikeda had not performed the experiments himself; she also said only a single mouse had been given the vaccine, and that a slide purportedly showing brain damage in Ikeda’s presentation didn’t come from that mouse. “The inescapable conclusion is that there was an ‘intention of fabrication,’” wrote Muranaka, who in 2017 was awarded the John Maddox Prize for Standing up for Science.

The magazine article triggered an investigation by Shinshu University, which concluded in November 2016 that Ikeda had presented preliminary results based on an experiment with one mouse as “scientifically proven.” Japan’s health ministry issued a statement saying Ikeda’s results “have not proven anything about whether the symptoms that occurred after HPV vaccination were caused by the HPV vaccine,” and blasting him for his “very regrettable” responsibility in “causing misunderstanding among citizens.”

But the court sidestepped questions about the vaccine itself and ruled that Muranaka had not provided convincing evidence of fabrication. Muranaka and the magazine will have to pay Ikeda 3.3 million yen (about $29,900), plus part of his legal expenses. They also must post an apology and delete portions of the online article.

Ikeda welcomed the ruling, saying a charge of fabrication would leave him “unable to address academic society,” according to press reports of a postruling press conference. He seemed to downplay the significance of what he said previously about the mouse experiments, arguing they were just one way to clarify why some vaccine recipients suffer brain disorders.

“I am sorry to hear [the] Tokyo district court ignored science and [the] public interest,” Muranaka wrote in a statement posted online. However, “This decision has nothing to do with the safety of the HPV vaccines,” she noted. Women who saw Ikeda’s presentation on TV and decided against vaccination “lost the chance to protect their life and health,” Muranaka wrote. She told Science that she will appeal. “I must win this case for the sake of freedom of scientific speech and sound science,” she says.

As a person living in one of the progressively going red countries (Bulgaria), here is my take:

Yes, vaccines work scientifically. We have successfully eradicated diseases and that's being thought to every kid in the 6th grade. Barely anyone disputes that.

The problem comes from the human factor - our people have been lied by the government for as long as there was a government. We don't trust officials. If they say something is 80% effective, it's 40% at most. And since the vaccines are ordered and distributed to hospitals by the Ministry of Health (which has been underfunded for several decades now and oversees deteriorating infrastructure and hospitals going deeper and deeper in debt everywhere) it's easy to see why we assume they order the lowest class junk that's probably a couple of generations behind of current state-of-the-art vaccines and might as well be irrelevant now.

Then there's the issue of manufacturing process. Anyone who had the joy of interacting with soviet-manufactured machines knows they're unreliable as shit. If you can't make a simple angle grinder, how in the hell can you make a complex vaccine? Well you probably can't, it's either not purified right, not stored right or not dosed right. And not much has changed in the 30 years since.

With some local variations this applies elsewhere.

known side effects from getting HPV vaccine

Pain, redness, or swelling in the arm where the shot was given.
Fever.
Headache or feeling tired.
Nausea.
Muscle or joint pain.

You just posted in response to your own post positing that if... and so on.

This lead immediately to 'if you don't know, then you'd best not post here'

The flash of light you saw in the sky was not a UFO. Swamp gas from a weather balloon was trapped in a thermal pocket and reflected the light from Venus.
Top
2221 posts