Will the White House Order New Federal Architecture To Be Classical?


I'm guessing it had its origin in something suggested to Trump by an adviser, and not Trump having a sudden access of hankering for classicism. 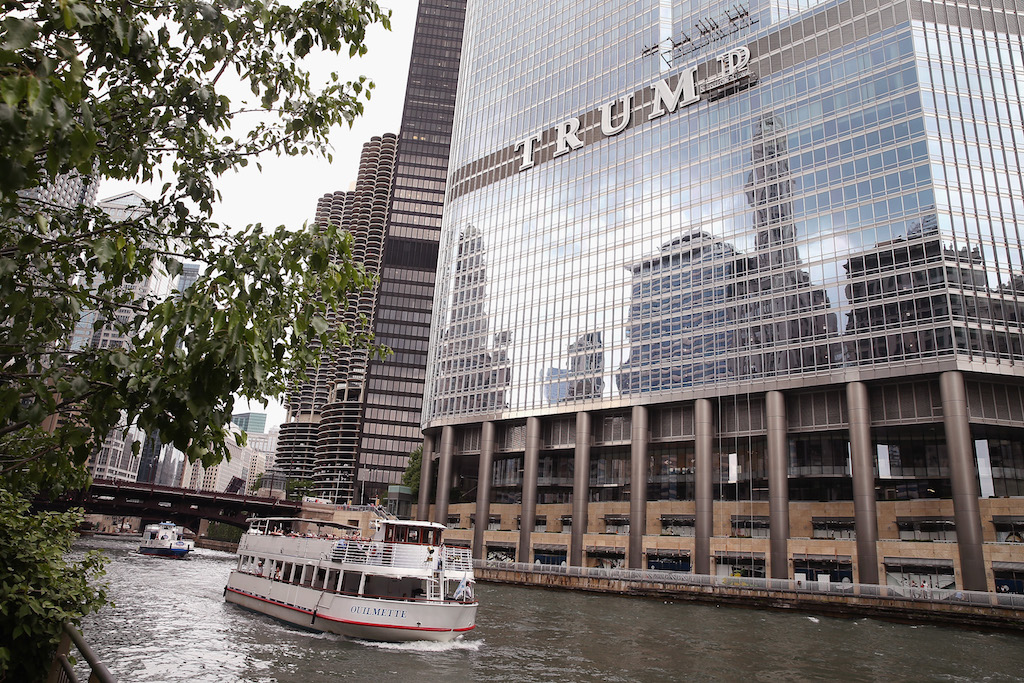 A good example of the sort of architecture the president is complaining about.

Here's a more recent view. They took the big TRUMP sign off.

Look around a little and you'll see good examples of the older type of skyscraper that I for one like better, along with some weird stuff like "The Corncobs".

I see from your links that architects have reached the parallelepipedon stage.

Now what do you think The Donald™'s concept of "classicism" is? 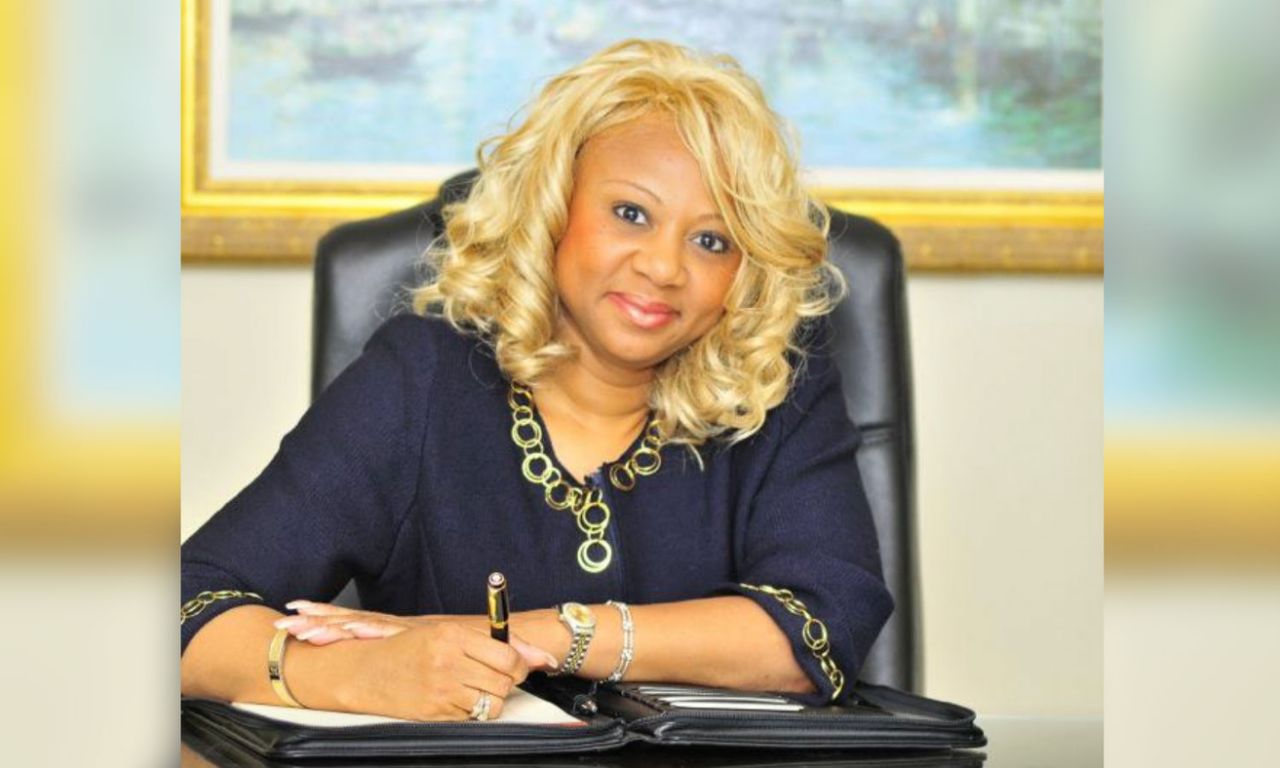 In response to last year’s near-total (and temporarily blocked) abortion ban in Alabama, a state legislator has introduced a bill that would require a man to undergo a vasectomy, at his own expense, “within one month of his 50th birthday or the birth of his third biological child, whichever comes first.”

House Bill 238, introduced on Thursday by Rep. Rolanda Hollis (D) notes, “Under existing law, there are no restrictions on the reproductive rights of men.”

The bill, Hollis says in a statement she shared with Yahoo Lifestyle, “is meant to neutralize last year’s abortion ban bill, and sends the message that men should not be legislating what women do with their bodies.” Further, she told AL.com, “It always takes two to tango. We can’t put all the responsibility on women. Men need to be responsible also.”

The online backlash was swift, of course, with critics calling it “wrong,” “sick,” and “Communism,” although plenty of supporters got her point, and celebrated it, saying, “Ha! Stay out of my uterus!” and “Wahoo!”

The draft decries the quality of architecture under the General Service Administration’s (GSA) Design Excellence Program for its failure to re-integrate “our national values into Federal buildings” which too often have been “influenced by Brutalism and Deconstructivism.” The draft document specifically cites the U.S. Federal Building in San Francisco (2007, by Morphosis), the U.S. Courthouse in Austin, Texas (2012, by Mack Scogin Merrill Elam Architects), and the Wilkie D. Ferguson, Jr. U.S. Courthouse in Miami (2007, by Arquitectonica) for having “little aesthetic appeal.”

I do like the classical style myself, but these are all fairly interesting modern designs.

It's good to be in construction!

Now I gotta live the rest of my life like a schnook.
Top

Wonder how many takes that took.


Filmmaker: How did The Copa Shot affect your career? Did it open up any new doors for you?

McConkey: It’s only been in recent years that I’ve sort of been reaping the rewards in a way. Sometimes now I’ll come on set and maybe somebody who hadn’t met me before will say, “W ow, you did that Copacabana shot!” I understood that people in the business could understand the complexity or the virtuosity or the technical challenges, but I used to wonder did it really matter? Did it actually do a better job of storytelling? What got me was a taxi cab driver a couple of years (after Goodfellas) asked me what I did and I told him I worked in the movies as a Steadicam operator. He said, “Oh, Steadicam, yeah, like that shot in Goodfellas. The Copacabana.” I said, “Yeah, I did that one.” I began to become aware that the public, even if they didn’t know how it was done, really did appreciate being taken on a ride like that. Steadicam really was a powerful way to tell a story and it did have merit and value beyond being a technical feat. It seemed to resonate with people and not just with filmmakers. That was a revelation for me.

Discussion of the Copa Shot starts halfway down. Worth a read.

https://filmmakermagazine.com/93916-ste ... steadicam/
About that stereo
Top

Star Wars: Return of the Jedi

Another one of the famous scenes from cinema history. The effect of speed was created by walking the Steadicam through the forest, shooting at 1fps. When played back at 24fps, the motion is 24 times as fast. Of course, the actors, bikes and pyrotechnics were all shot separately.

Conflict Kitchen was a take-out restaurant in Pittsburgh that served only ethnic foods from countries with which the United States is in conflict. The menu focused on one nation at a time, rotating every three to five months, and features related educational programming, from lunch hour with scholars, film screenings, and trivia nights. Since the opening in 2010, the restaurant has introduced the cuisines of Iran, Afghanistan, Cuba, North Korea, Venezuela, Palestine, and most recently, Iroquois. Referring to the informational brochures distributed with meals, NPR described the restaurant as "an experimental public art project—and the medium is the sandwich wrap."

After receiving threats Conflict Kitchen temporarily shut down. While closed, supporters covered its exterior with hundreds of hand-written notes of support, such as "Stay Strong We Support Conflict Kitchen." This picture shows the restaurant after it re-opened, with long lines of patrons. 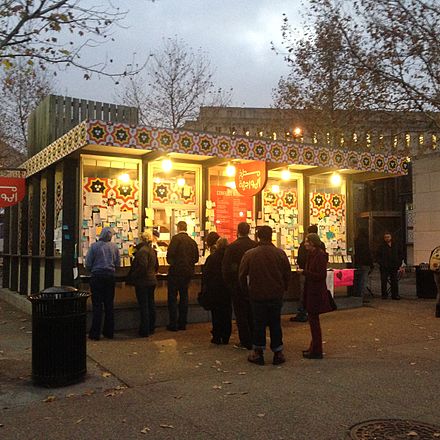 Most Americans will need a new ID to fly, starting in October

Think your driver's license is enough to get you through airport security in the United States and onto your domestic flight?
Maybe not.
Some two-thirds of US state driver's licenses are not compliant with a post-9/11 security law set to go into effect on October 1. Those who are not compliant will not be able to fly if they don't have other forms of "REAL ID-compliant" identification.
Concerned about the impact on travel, the head of the US Department of Homeland Security loosened the restrictions this week, allowing the various state agencies to accept identity documents electronically.
"Ensuring every state is REAL ID compliant by October is one of the Department's top priorities," said DHS Acting Secretary Chad Wolf, in a press release. "While progress has been made, the real work is still ahead because approximately two-thirds of all licenses are presently not compliant with REAL ID.
"Rest assured, our Department will continue to examine other viable options to improve upon this process and continues doing everything it can to inform Americans of the requirement to obtain a REAL ID before the full enforcement deadline later this year."

One Mardi Gras float in particular has caused a bit of a stir on social media.

The float reportedly shows a ‘papier-mâché-Epstein’ in a prison jumpsuit with a woman that resembles Hillary Clinton, “appearing to strangle him from behind,” KTRH reports, adding, “The side of the float reads ‘Epstein didn’t kill himself.’”

One social media user also notes that “the float was followed by the ‘Swinging Epsteins,’ which consisted of a bunch of convicted ‘Jefferys’ walking down the street with nooses around their necks.”

Unless Trump did it, in which case, that's another thread.
You can lead them to knowledge, but you can't make them think.
Top

About 40% of US adults are obese, government survey finds

NEW YORK (AP) — About 4 in 10 American adults are obese, and nearly 1 in 10 is severely so, government researchers said Thursday.

The Centers for Disease Control and Prevention findings come from a 2017-18 health survey that measures height and weight. More than 5,000 U.S. adults took part.

But it’s clear that adult obesity rates are trending up, said the CDC’s Cynthia Ogden, one of the report’s authors.

A half-century ago, about 1 in 100 American adults were severely obese. Now it’s 10 times more common.

The obesity rate has risen about 40% in the last two decades.

It also will be increasingly difficult for doctors to care for so many severely obese people, Dietz said. He has estimated that on average, every primary care doctor treating adults has about 100 severely obese patients.

“How’s a provider going to do that? Severe obesity really requires very intensive therapy,” he said.

The CDC did not report new obesity numbers for kids and teens. That may come out later this year, Ogden said. In 2015-16, 18.5% of kids and teens were obese and just under 6% were severely obese.

When I lived in New Mexico I never saw an inundation like that.

However, a common occurrence I experienced was hitting a tumbleweed and getting it stuck under the car, then having to pull over and fish it out.

Hmm. Why does the FDA have jurisdiction?

And how wasn't it otherwise illegal? 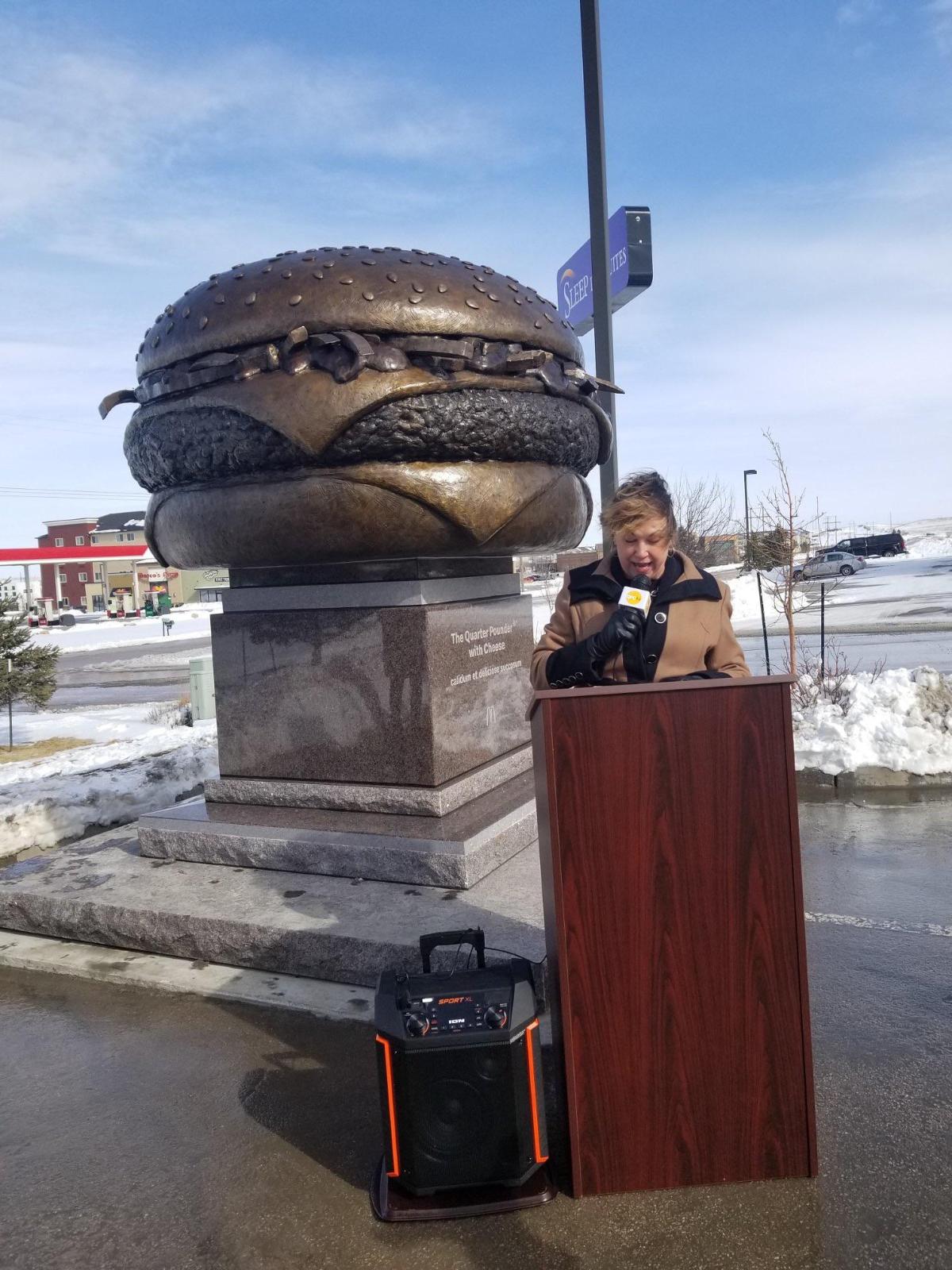 And how wasn't it otherwise illegal?

Are the shocks supposed to be therapeutic? Or merely a form of punishment?

Why haven't I ever heard of this before?

Also, the students at this school are disabled students.


(CNN)Electrical shock devices meant to interrupt self-injurious or aggressive behavior have been banned by federal officials in a rare move.

The only facility known to use these devices in the US is the Judge Rotenberg Educational Center, according to the FDA. The school, based in Canton, Massachusetts, is for people age 5 to adults with behavior issues and intellectual disabilities. The FDA estimates 45 to 50 individuals are exposed to devices there.
The US Food and Drug Administration published a final rule Wednesday to ban the devices after years of pressure and complaints from advocacy groups and family members of people who've been treated with shock therapy. The electrical shocks were also an attempt to condition people to stop engaging in self-harming behavior.
"Many people who are exposed to these devices have intellectual or developmental disabilities that make it difficult to communicate their pain. Evidence of the device's effectiveness is weak and evidence supporting the benefit-risk profiles of alternatives is strong," the FDA said.
It's rare to ban medical devices
The FDA's final rule follows a rule proposed in 2016 to ban these electronic stimulation devices from the marketplace. It incorporates minor changes from the proposed rule, including clarification of which devices are banned and an explanation that this ban will not allow continued use of devices.
It's rare to ban medical devices, the FDA said. It has banned two other devices since gaining the authority to do so in 1976.
Electrical stimulation devices, or ESDs, administer electrical shocks through electrodes attached to an individual's skin. According to the FDA, the devices provide an "unreasonable and substantial risk of illness or injury that cannot be corrected or eliminated through new or updated device labeling." Risks include depression, anxiety, post-traumatic stress disorder, burns and tissue damage.