This is our lounge area. Feel free to come in and get acquainted!
315 posts 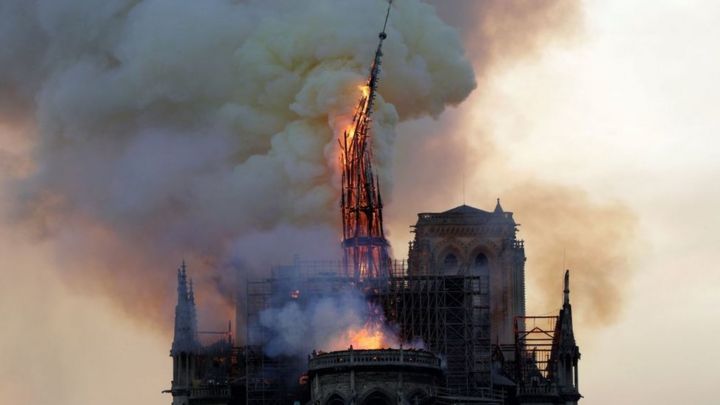 French President Emmanuel Macron announced the decision, putting an end to speculation that the spire would be rebuilt in a modern style.

Mr Macron had previously hinted he was in favour of a "contemporary gesture".

However he has said he wants the restoration to be completed by 2024, when Paris is hosting the Olympics.

The Elysée said Mr Macron's main concern was "not delaying the reconstruction and making it complicated - things had to be cleared up quickly".

It added that the process of designing a modern spire, with an international competition for architects, could have caused unnecessary delays.

"The president trusts the experts and approved the main outlines of the project presented by the chief architect which plans to reconstruct the spire identically," the Elysée said.

The announcement followed a meeting of France's national heritage and architecture commission (CNPA).

I have joined a French language firearms board.

That is all, or as we say ... fini
About that stereo
Top

Keep us posted about the idiosyncrasies of the Gallic gun nuts.

Or just plain American good old boys who are trying to be la-di-dah?

Or just plain American good old boys who are trying to be la-di-dah?

France. I was hoping that the euros over there might have some different insights to certain questions I have.
About that stereo
Top 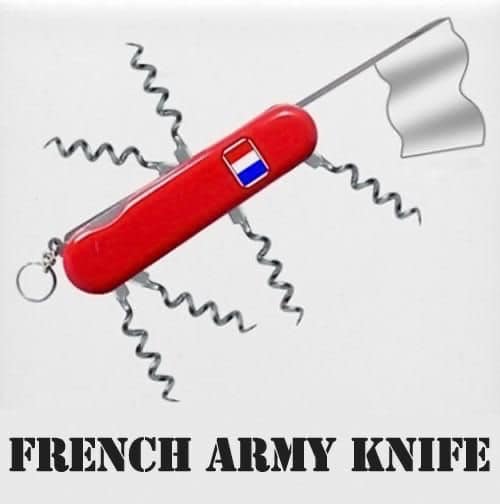 The Birmingham riots, also known as the Priestley riots, took place from July 14 to 17, 1791 in Birmingham, England. Dissidents of the Church of England and, in particular, the theologian and political philosopher Joseph Priestley, were the main target of the rioters. Local and national events, which aroused the passion of the crowds, ranged from disagreement over the purchase of books by the public library, to controversy over the Dissidents' attempts to obtain rights identical to those of other citizens of the realm, to their support for the French Revolution.

The riots began with an attack on a hotel where a banquet was being held to celebrate the second anniversary of the capture of the Bastille. Then, starting with Priestley's church and house, the rioters attacked or set fire to four Dissident chapels, twenty-seven houses and several businesses. Many of them got drunk with the alcohol found in the looted places or the alcohol offered to them so that they would not set fire to this or that building. The rioters burn not only the houses and chapels of the Dissidents, but also the homes of people known to be sympathetic to their cause, such as members of the scientific community of the Lunar Society.

Although the riots were not organized by the government of Prime Minister William Pitt, he was very slow to respond to the Dissidents' call for help. Local officials in Birmingham may have been involved in the preparations for the riots and later became reluctant to prosecute the leaders. Industrialist James Watt writes that the riots "divided Birmingham into two camps that mortally hated each other". Those who fell victim to the rioters gradually left Birmingham, abandoning a city that had become more conservative than it had been throughout the 18th century. 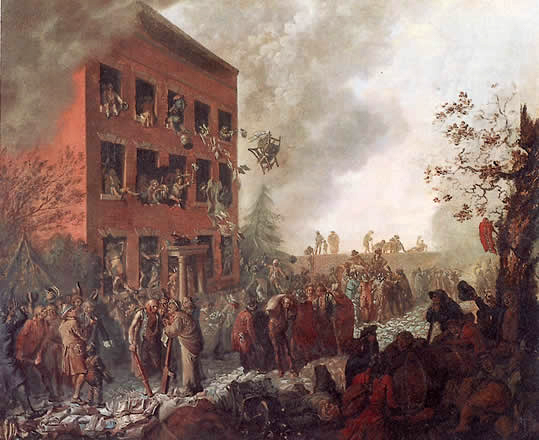 The French government and unions signed an agreement Monday giving over eight billion euros in pay rises for health workers, with the prime minister admitting the move was overdue in view of the coronavirus pandemic.

During the peak of the outbreak in France, people applauded every night health workers who in turn said that such gratitude rang hollow if it was not followed by concrete steps.

The bulk of the package comprises 7.5 billion euros ($8.5 billion) for pay increases for nurses and careworkers, who will get an average monthly raise of 183 euros ($208).

There is also 450 million euros ($510 million) for doctors intended to bolster wages for those who solely work in the public sector, a move aimed at luring them from more lucrative private clinics.

"No one can deny that this is a historic moment for our health system," Prime Minister Jean Castex said after a signing ceremony that followed seven weeks of negotiations between government and unions.

"This is first of all recognition of those who have been on the front line in the fight against this epidemic," he said.

"It is also a way of catching up the delay for each and every one -- including perhaps myself -- has their share of responsibility."

The riots began with an attack on a hotel where a banquet was being held to celebrate the second anniversary of the capture of the Bastille.

They had to surrender their French themed banquet?
Top

Sorry no Swiss thread, so it goes here.

↑ Near Basel there is a point where three borders meet: 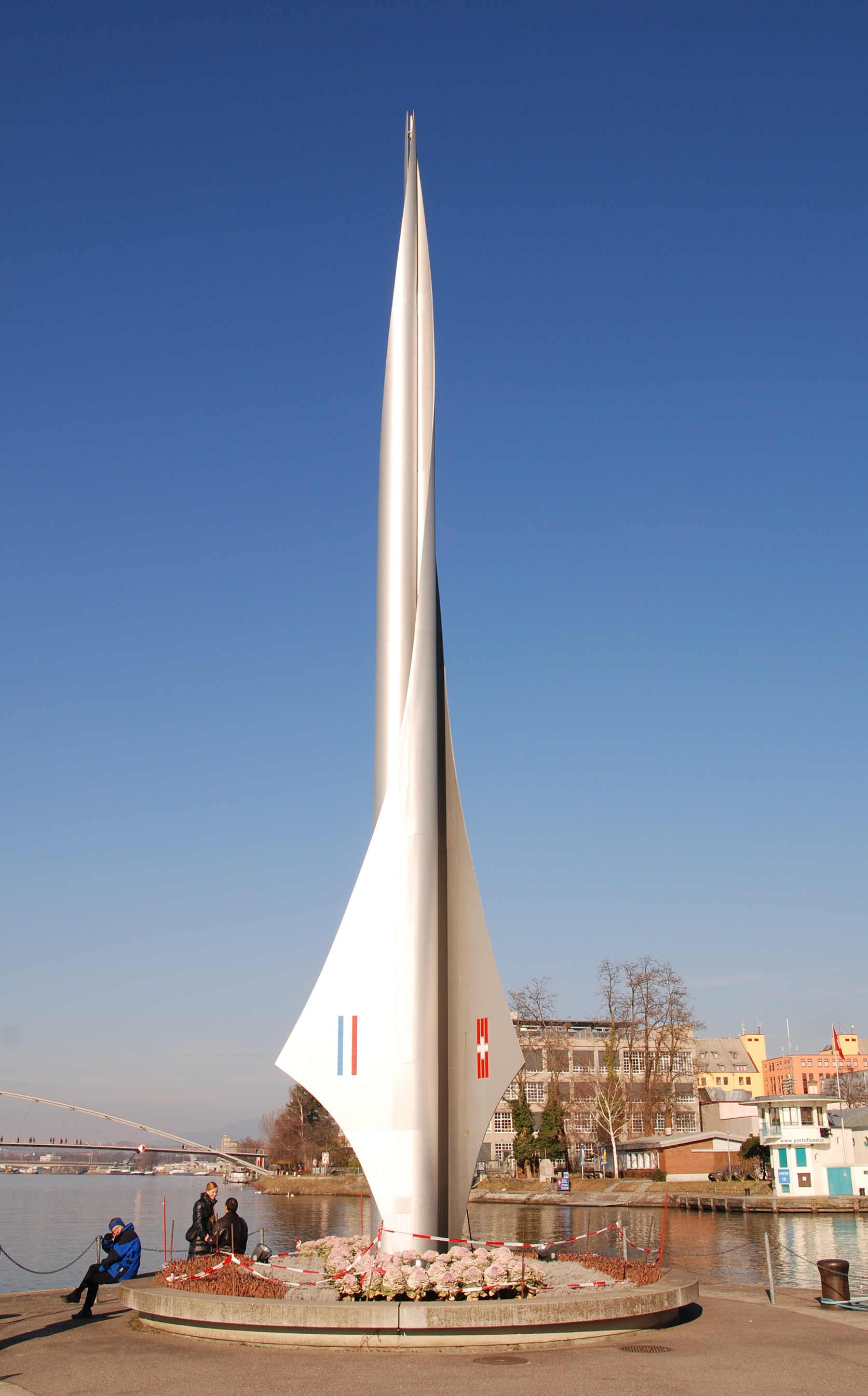 They should build a hotel there in stead of that ridiculous monument.

PARIS (Reuters) - French business activity rebounded far more than expected in July as a post-lockdown recovery in the service sector shifted up a gear, a survey showed on Friday.

That easily beat economists’ average forecast for 53.5 in a Reuters poll and brought the index further away from 50-point level dividing an expansion from a contraction.

French business activity has been recovering faster than expected since the country began emerging from a coronavirus lockdown on May 11.

The government put France under one of the strictest lockdowns in Europe in mid-March, shutting down vast swaths of the euro zone’s second-biggest economy and plunging the country into its worst recession since modern records began in 1948.

Companies in both the services and manufacturing sectors both ramped up production in July as backlogs built in the face of pent-up demand unsatisfied during the lockdown.

Paris public transport to be made free for under-18s

Parisians under the age of 18 will be able to ride for free on the city's public transport when they go back to school in September.

The change, approved by the Conseil de Paris (city council) on Thursday, will save families €350 annually.

The move applies only to children who hold an Imagine R student Navigo pass, which covers Paris and the surrounding Île-de-France region, rather than visitors to the French capital.

Until now free public transport applied only to children up to the age of 11, with older children entitled to fifty per cent off their annual pass, but City Hall has decided to extend the benefit at an estimated cost of €12.6m per year.

When schools return, families will be able to apply for a full reimbursement to their Imagine R travel passes which they should receive in five to six weeks.

"The evolution towards a more sustainable, clean and multifaceted model of urban mobility involves developing the reflex to use public transport from an early age." said a City Hall statement.