This is our lounge area. Feel free to come in and get acquainted!
1635 posts

You made me laugh.

Welcome to the present.

Hmm. Rereading, it can be interpreted both ways. It's not very well written.

In 2017 and 2018, the government allocated the armed forces an extra $2 billion, combined

The word "combined" suggests a total of $2 billion, or $1 billion per year. The extra money was probably for unplanned contingencies, not to hire additional personnel.
A fool thinks himself to be wise, but a wise man knows himself to be a fool.
William Shakespeare
Top

"In July, I made a statement setting out headline conclusions from six months of work on the Modernising Defence Programme (MDP). Since then, work has continued apace. Firstly, I would like to welcome the extra £1.8 billion of funding for Defence, including the additional £1 billion that was in last month’s Budget."

I think we can ignore this fool, David *Axe.*. Writes war graphic novels.

Now I understand.
Yep, you totally outsmarted me ~ Wildcat. 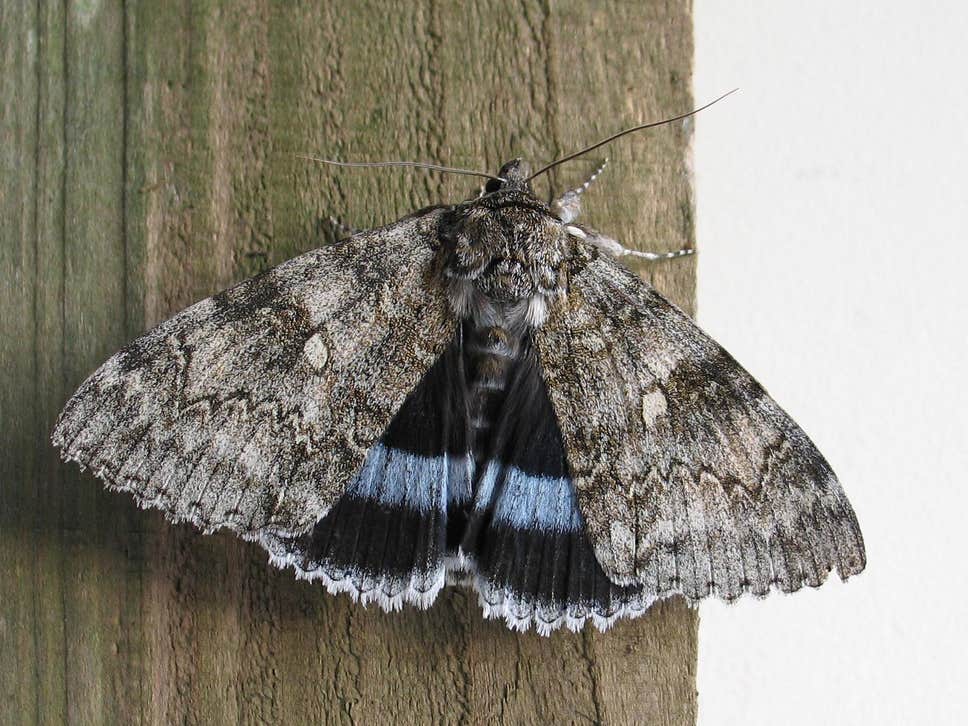 A striking blue moth that was thought to have gone extinct in Britain 50 years ago has now recolonised and is breeding, conservationists have revealed.

The Clifden nonpareil – whose name means “beyond compare” – is one of the largest and most spectacular moths native to the UK.

It has a wingspan that can reach almost 12cm and a bright blue stripe across its black hindwings, which gives rise to an alternative name of the blue underwing.

These moths have always been rare in the UK.

Historically they were established in Orlestone forest in Kent during the 1930s before declining significantly after 1956. There was also a colony established in Norfolk but there is little information on it.

Mark Tunmore, editor of Atropos journal told The Independent: “We’re not completely clear as why it declined after 1956. It may have been climatic or it may have been due to woodland management. Those are probably the main factors, but at the time there wasn’t the same knowledge and scientific research.

“After it disappeared in the 60s it went back to being a very rare migrant and certainly it was not spotted every year. Since 2000 it’s been turning up in increasing numbers,” said Mr Tunmore who says it might be getting less picky about its habitat choice.

It has long been regarded as a holy grail among moth enthusiasts and there have been numerous sightings across the south of England and Wales this year. That suggests they are now colonising Britain, as opposed to just being a migrant.

Now that the dalek threat has been nullified, are the bees coming back yet?
Yep, you totally outsmarted me ~ Wildcat. 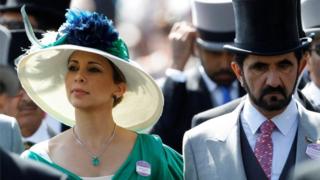 [Another man who oozes happiness.]

Abduction, forced return, torture and a campaign of intimidation. On Thursday the damning allegations made against the billionaire ruler of Dubai, Sheikh Mohammed Bin Rashid Al-Maktoum, by his former wife, Princess Haya Bint Al-Hussain, became established fact, published in a series of judgements by the High Court in London.

Following a high-profile case that began eight months ago, the court has published a Fact Finding Judgement (FFJ) in favour of Princess Haya who fled Dubai last year, along with her two children, telling friends she was in fear of her life.

Sheikh Mohammed had tried, unsuccessfully, to keep the judgement out of the public domain but his appeal was rejected after the case was ruled to be in the public interest. The ruler of Dubai was found to have "not been open and honest with the court".

In a statement issued after the judgements were published, Sheikh Mohammed said: "As a head of government, I was not able to participate in the court's fact-finding process. This has resulted in the release of a 'fact-finding' judgment which inevitably only tells one side of the story."

He insisted the case was a private matter. "I ask that the media respect the privacy of our children and do not intrude into their lives in the UK," he said.

After hearing extensive witness statements over a period of time, the court found Sheikh Mohammed to have been responsible for the abduction and forced return of two of his daughters from another marriage. The judge found that Sheikh Mohammed "continues to maintain a regime whereby both these two young women are deprived of their liberty".

Sheikh Ali-l'azz has always been an obnoxious turd.
Yep, you totally outsmarted me ~ Wildcat.

Do the ever-impressive speedy nature of British Justice, this has only taken twenty years to come to public attention. There is now some slight prospect of the situation being resolved before everyone involved is dead - providing they all live to an advanced age.

Meanwhile, other things that should have been resolved by now, such as punishing those responsible for the Grenfell Tower Fire, haven't even begun.
Top

Sales of the Daily Mail are soaring – but not because of any new-found fondness for its journalism.

Instead, British shoppers are snapping up the rag because toilet roll is running out in the shops.

Panic buying over the coronavirus is leading to bog roll shortages – but enterprising Brits know the Daily Mail is the ideal replacement.

Shopper Lorraine Fisher, 34, said: “My usual brand of soft, strong and very long lavatory paper has been cleared off the shelves by overly-worried shoppers.

“But like many others, I instead purchased a copy of the Daily Mail, which is good for nothing except wiping your arse.”

Daily Mail executives were delighted with the unexpected sales rise after suffering for years with their circulation going down the toilet.

Circulation boss Alex Howard said: “The coronavirus has been great for business.

What's the deal with stocking up on toilet paper? Is it imported from China to the UK or something?

Basically, UK Govt. has recommended to the masses a 2 week self-isolation if coming into contact with someone with the corona virus. Or even working with someone who has it. So there's fuck all on the shelves and dumb people are fighting in the aisles because the cheap cider has run out. Still, they're being forced to buy craft beers so they can tell their friends in six months that they are middle class. No one is buying Corona.

Mana to supermarkets and pharma. And small breweries.

One of those is a good thing.
Yep, you totally outsmarted me ~ Wildcat.

Honestly, I was in the ASDA on Friday night getting the weekly shop and a couple of indulgent Hobgoblins (still stocked) and the toilet paper aisle was empty.

Over the store intercom came the announcement "WE HAVE KITCHEN ROLL!" like some authoratitive announcement of the four minute warning - when you hear the kitchen roll warning, you and your family must take cover- and, I kid you not, it was like the Oklahoma land run.

To get to the flappy plastic door thing that lead to the warehouse where they wheel out stock, Kids were being mown down, there was an impromptu trolley demolition derby and old ladies were scratching the eyes out of the disabled to gain two yards advantage.

I got out of the way. Truly miserable spectacle.
Yep, you totally outsmarted me ~ Wildcat.

Which is why you got no kitchen roll.

I've NOT been shopping at all for the last week - though I normally would have done. I figure I'll let all the morons have their panic shopping blowout and then go shopping once they've all exhausted themselves, or their funds, and the supermarkets have had chance to restock.

Just how much pasta, tins of baked beans, long-life milk, and bog roll do these cretins want? And why the bog roll fixation anyway? Running out of toilet paper is hardly the end of the world - I won't go into details though in case people are eating while reading the thread: use your imaginations.
Top

I have people who take care of such matters.
Yep, you totally outsmarted me ~ Wildcat.

I have friends who are going to the UK for vaca this week. Is that a good idea?

I am hunkering down.
About that stereo
Top

I am hunkering down.

I am hunkering down.

As long as they avoid anywhere north of Watford and West of Newbury they will avoid coming into contact with afflicted people.
Yep, you totally outsmarted me ~ Wildcat.

What does that leave? What is "Watford"? And Newbury???? is that a place?
About that stereo
Top

As the Battle of Britain began to take hold in 1940, a bomb fell on an outbuilding belonging to Richmond Golf Club in Surrey, England. As a result, the club — rather than halt future rounds of golf — issued an incredible list of temporary golf rules to all members that took into account the potentially life-threatening conditions on the course.