This is our lounge area. Feel free to come in and get acquainted!
144 posts

Check out the "RENO!!" on this fake Guy Fieri Restaurant menu

"Popcorn crusted popcorn chicken stuffed inside Guy's Nuthin' Fancy Meatloaf and superbanged in a volcano of Tabasco butter. We pour it into a Lucite heel, smother it with our own special jalapeno sugarbrew, and set it on your lap on a Neon sign. Served drunk and on fire."

That pretty much DOES distill Reno down to a food.
Top

Come to think of it. Guy Fieri is not from Reno, but we should make him an honorary resident anyway
Top 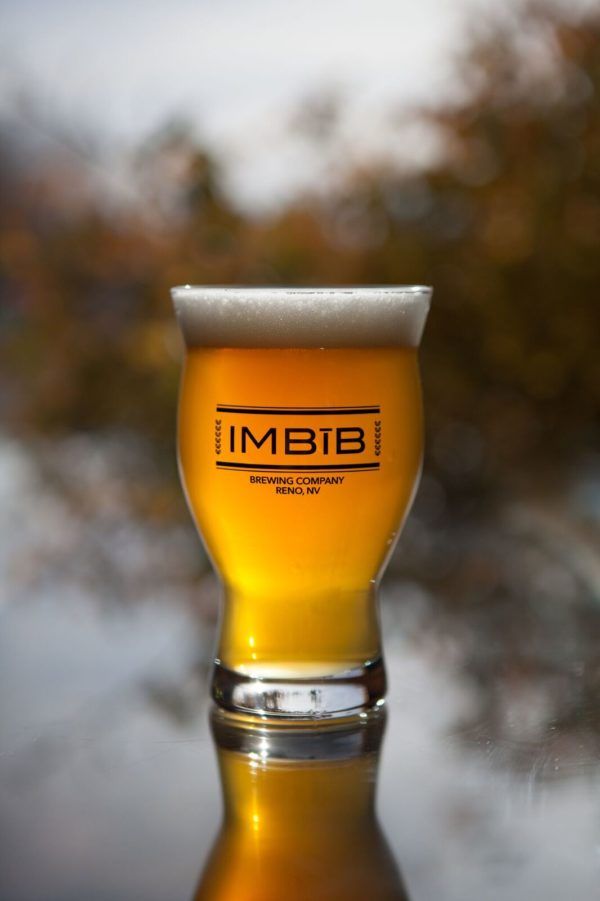 Relatively new and I have not tried them. Our most notable local microbrewery is Great Basin, and especially this shit

I am not a fan of IPAs so I don't care for it though. THey do have other varieties, but this the one I see all over the local area
Top

He, I find the paleontological beer quite charming. But I agree that most IPAs are horrible, save one or two English ones.
Top

Witness wrote: ↑
Fri Sep 06, 2019 12:36 am
He, I find the paleontological beer quite charming. But I agree that most IPAs are horrible, save one or two English ones.

We have "Icthyosaur State Park" nearby, which is the origin of it. I'd rather drive all the way out there and look at the fossils than drink an IPA though.
Top

Virginia City is a nearby ghost town turned tourist trap...

pig.JPG
You do not have the required permissions to view the files attached to this post.
Top

On Monday, the city of Reno will recognize its first official Indigenous Peoples Day, replacing recognition of Columbus Day. The City Council approved the move in a unanimous vote Oct. 2.

"(C)itizens of Reno join other cities and states in setting aside this day to celebrate and honor the thriving, diverse cultures of the Indigenous peoples in the Reno area," the official proclamation reads in part. "Indigenous Peoples Day shall be the second Monday in October of every year instead of and as a replacement for any official recognition of Columbus Day by the city of Reno."

The declaration is the culmination of a yearlong effort by American Indian Movement Northern Nevada to gain official status for the decades-old holiday. But several members of the Sons and Daughters of Italy, Cristoforo Colombo Lodge 1534, have said they felt blindsided by the resolution.

It being Reno, I'm guessing it's a question of the actual prevalence of indigenous people.

I never really got the Italian American Columbus thing. After all Columbus never set foot on what later became the USA.

We have Verrazano for that.

The first to sail under that bridge, except there was no bridge at the time. 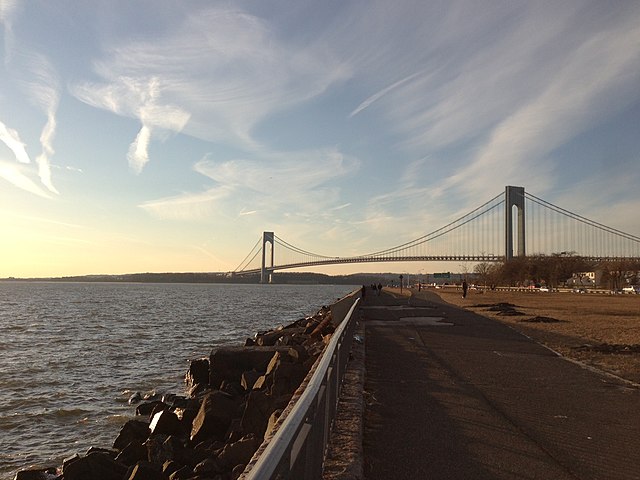 And mind you, Virginia Street isn't some little barely traveled residential side street, it's the city's main drag.

RENO, Nev. -- Nevada wants a federal judge to declare illegal what it calls the U.S. government's “secret plutonium smuggling operation” and order the removal of weapons-grade material already shipped to a security site north of Las Vegas over the state's objections.

The department insists the issue is moot because it already has promised that no more plutonium will be brought to Nevada.

“DOE's decision to transport plutonium from South Carolina to Nevada has been consummated and cannot be ‘undone,'” the government said in a motion to dismiss the lawsuit last month.

It says the Atomic Energy Act of 1954 gives the U.S. sole responsibility for regulation of radioactive material and that the Supreme Court has said states have “no role” in its transportation, handling and disposal.

Nevada said the government's legal arguments are “nearly as hazardous" to the nation as the plutonium that it sneaked into the state.

“DOE shamelessly claims that its covert violations of environmental laws and its creation of a radiological public nuisance are unreviewable by both the judiciary and the state injured by the federal government’s secret plutonium smuggling operation,” Nevada Attorney General Aaron Ford wrote in Monday's filing. “DOE wants Nevada and the court to stand by idly while it inflicts ecological damage with impunity.”

The government says any potential harm to Nevada is speculative.

Eight underage strippers have filed a $15 million lawsuit against the city of Reno, claiming the city's new law banning women younger than 21 from working in strip clubs is a civil rights violation.

The strippers, who are all between the ages of 18 and 21, also argue the city's licensing requirements imposed on female topless dancers and not male dancers are discriminatory.

The lawsuit, which seeks to be certified as a class action lawsuit on behalf of all similarly situated strippers, stems from the Reno City Council's decision in April to enact new restrictions on Reno strip clubs. In addition to banning dancers younger than 21, the restrictions included such things as requiring brighter lighting and more video surveillance in the clubs and banning private booths.

The meeting was the culmination of an unsuccessful four-year effort to kick strip clubs out of downtown Reno, an effort chronicled by USA TODAY's The City podcast. The council ultimately opted against forcing the strip clubs to move to industrial areas.

I feel their pain. I too support their right to show me their naked 18-year-old bodies. But I doubt they’ll win.
"Don't trust China. China is asshoe."
Top

Also, the City Council sounds like a bunch of dicks.
A fool thinks himself to be wise, but a wise man knows himself to be a fool.
William Shakespeare
Top

Nearby Utah, so I'll take the liberty to post it here:

SALT LAKE CITY — A Utah woman has been arrested for investigation of possessing a biological agent of mass destruction.

The case was investigated by both federal and state authorities. As of Thursday, neither the State Bureau of Investigations or FBI would release details about the arrest, but both stressed there was no safety risk to the public. The U.S. Postal Inspection Service also participated in the investigation.

According to a Salt Lake County Jail booking affidavit, Janie Lynn Ridd, 50, was arrested Wednesday for investigation of possessing a weapon of mass destruction.

“Through an investigation, officers learned a subject later identified as Janie Lynn Ridd purchased a weapon of mass destruction ... a biological agent online,” the affidavit states. “Subsequent investigation found Ridd’s statements to be misleading and it was learned Ridd did not provide evidence to show she has lawful authority or use to possess a biological agent.”

According to Utah Code, a biological agent of mass destruction is defined as “any microorganism, virus, infectious substance, or biological product” that is capable of causing death or destruction, deterioration of food or water supplies, or harmfully alters the environment.

Federal and state investigators would not say Thursday what the woman was in possession of, but noted more information would come out when formal charges are filed. Ridd is facing potential federal charges.

The comments were bringing down the overall review rating. Immunize Nevada reported the hecklers to Facebook and Yelp, which took down the comments.

With sponsorships from groups such as the Community Health Alliance, Immunize Nevada booked the venues and made food arrangements several months in advance.

The organization said it lost a few thousand dollars after canceling both events.

“We typically get about 200 attendees at these celebration events at each location,” Parker said, adding she believed the online heckling would take away from the celebration.

Events scheduled for Dec. 6 in Reno and Dec. 13 in Las Vegas were canceled to avoid potential threats from anti-vaccination activists at the in-person events. It was unknown who was behind the online comments.

Anti-vaxxers are terrorists against humanity on the side of disease.

They should be treated the same as any other terrorist engaged in biological warfare.

Round 'em up, quarantine them and then give them all an easily pevented infectious disease that has a high mortality rate.

Pay per view on cable

"The Death Hour!"
"Knock that fucking Disney right off the air."
You can lead them to knowledge, but you can't make them think.
Top

And last survivor donated to the school of medicine. Right, sparks?

No, last survivor dies and is cremated like all the rest.

You can lead them to knowledge, but you can't make them think.
Top
144 posts