This is our lounge area. Feel free to come in and get acquainted!
62 posts

Re: Meghan and Harry thread

Something along the lines of "the correct position is that "*some* of the criticism is racially motivated." Some. Not all. Fox is saying none of it is, she is saying all of it is. Both are wrong.

Wait, his brother-in-law is Richard Ayoade? Yes, and he asked Ayoade to publicly support him on Twitter after his Question Time appearance. 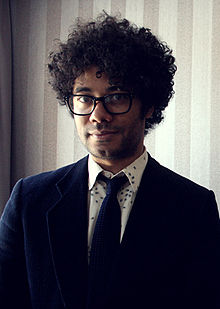 And did he? Of course not. According to Fox, Ayoade angrily told him: “You have never encountered racism.” To which Fox replied that he had, because he worked in Kenya once and “racism can be deferential”.

When asked what deferential racism was, Fox didn't know.

Sorry, my response was more to “ We tolerate them. Charming.”

Because, in a multicultural society, surely what we are aiming for is toleration? ( I mean, you don’t have to think Vanilla Ice’s rap oeuvre is great or actively seek it out, but it should be tolerated as part of greater society.)
Top

Re: Meghan and Harry thread

As for "unemployed", his only real job was in the army, right?

Nothing since then other than wealthy layabout.

When he was a "Royal" he had some "Royal duties" which involved things like, I suppose, meeting foreign dignitaries and appearing at some public events. Perhaps the opening of a new civic center or some such thing. Shaking hands and making chit-chat. Perhaps giving a speech. Not what most people would consider a "real job" I suppose, but something. I don't know how demanding those "duties" were.