This is our lounge area. Feel free to come in and get acquainted!
11 posts • Page 1 of 1


At 1:35 p.m. Aug. 24, a Cleveland Heights woman, 32, who did not have an appointment, went to a business to be seen for a background check. She became furious that she would not be seen and began to cream obscenities. Police arrested the woman on a menacing charge.

She will soon be appearing on America's Got Talent.


At 5:25 p.m. Aug. 19, a caller reported seeing a woman in distress in a car in a parking lot. The woman had vomited outside her car and had a foot sticking out of a window.

But was it her foot? Was it still attached to a body?

At 5:30 p.m. Aug. 21, police arrested two 15-year-old girls -- one from Cleveland and the other from Garfield Heights -- for stealing merchandise worth a total of $245.46 from Dillard’s. Police also confiscated a small amount of marijuana from the girls. The girls were each charged with theft and receiving stolen property.

At 4:30 p.m. Aug. 23, an employee of Dillard’s reported that a teenager had tried on shorts in the store, then left without paying for them. A Beachwood police officer was nearby, on the mall’s second floor, and arrested the suspect, a University Heights boy, 16.

More to the point, why are police hanging out at Dillard looking at children changing clothes.
Yep, you totally outsmarted me ~ Wildcat.

Prosecutor: Suspect says plan was to abduct North Ridgeville-area realtor and rape her


NORTH RIDGEVILLE, Ohio (WOIO) - The two men charged with multiple crimes in connection to an attempted abduction of a realtor in North Ridgeville were arraigned on Thursday from Elyria Municipal Court.

David Helton, a 45-year-old Vermilion man, and 37-year-old Michael Evans, of Henrietta Township in Lorain County, are both charged with abduction and assault.

Investigators say Helton and Evans attempted to abduct a 54-year-old real estate agent on August 22 while she waited to show a North Ridgeville house on Homecrest Drive.

According to detectives, the men asked the female victim for a business card. When she tried to deliver her card to them, the suspects allegedly tried pulling the realtor into their car by her arm while yelling, “Get her in here!”

The woman was eventually able to escape with only a cut and bruises. She locked herself inside her own car while she called police and provided them with a vehicle description registered to Helton’s address in Vermilion.

Police questioned Helton, who said it was Evans’ idea to abduct the woman, give her alcohol, and then rape her, according to the prosecutor.

Evans said it was Helton’s plan when interviewed by police.


Because "confess but blame the other guy" is always a successful criminal defense.

Of course, this wouldn't be complete without mugshots of our two criminal geniuses: 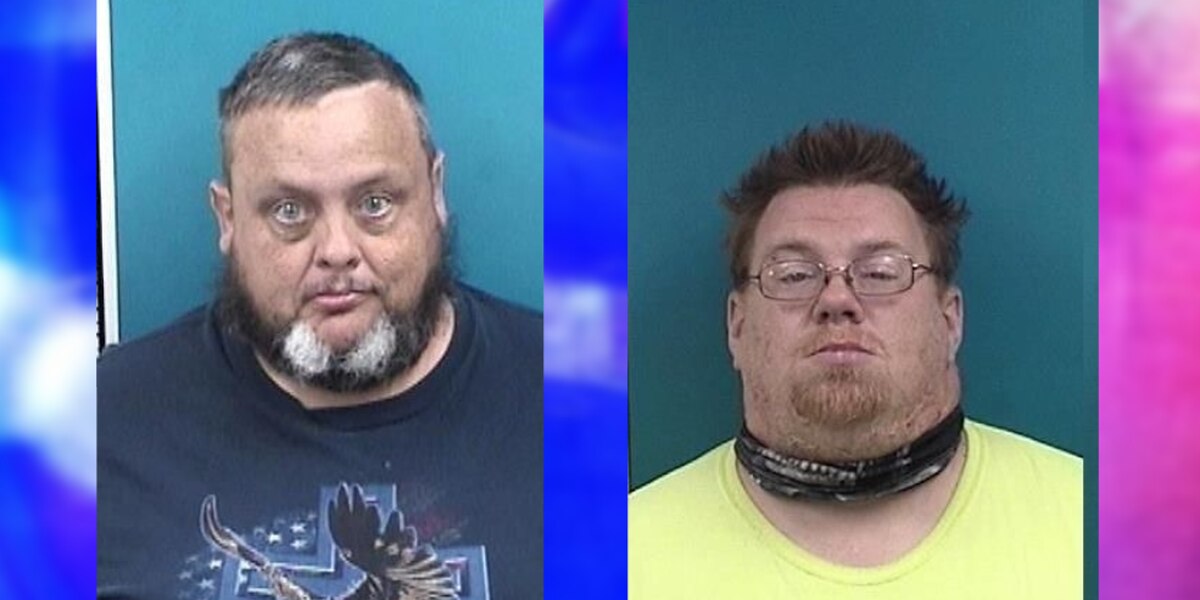 Hotarubi wrote: ↑Thu Aug 27, 2020 3:50 pm More to the point, why are police hanging out at Dillard looking at children changing clothes.

Probably because there's nothing else to do in Cleveland. If you'd ever been there you'd know that.
"It is not I who is mad! It is I who is crazy!" -- Ren Hoek

Aw all that stuff happened in the suburbs.
The flash of light you saw in the sky was not a UFO. Swamp gas from a weather balloon was trapped in a thermal pocket and reflected the light from Venus.
Top


Gabriel Giovanni Truitt is charged with contributing to the delinquency of a minor, criminal damaging, inducing panic and ethic intimidation, police said.

Mentor police took Truitt into custody Thursday on unrelated charges and was turned over to University Heights police.

He is being held on no bond in Solon City Jail pending his initial court appearance in Shaker Heights Municipal Court.

The charges he faces are related to incidents that happened between July 21 and July 26 at several businesses on South Green Road near Cedar Road, police said. Police say swastikas and anti-Semitic images and words were spray painted on the businesses.

He was producing art.
Top

You know who also produced art?