Rio de Janeiro: Brazilian police in the central state of Goias say the healer accused of sexually abusing more than 300 women has turned himself in.

Joao Teixeira de Faria, who is known as Joao de Deus or John of God, became internationally famous when Oprah Winfrey broadcast a report on his psychic healing methods in 2013.

He had until 3pm local time on Saturday to comply with an arrest warrant.

He is accused of sexually abusing women, mainly during psychic treatments. His fame has been boosted by supposedly miraculous surgeries he claims to have performed with his hands and without anaesthesia. In videos from his practice in Abadiania, a small town that flourished along with his client list, he is seen performing surgery on several people during group meetings.

When the scandal broke last week after a three-month investigation by Globo television, Faria declared he was innocent.

An arrest warrant was issued on Friday after Faria reportedly moved around $35 million reais ($12 million) out of his bank accounts, Exame magazine reported, raising fears he might have tried to flee the country or attempt to pay witnesses.

Some 335 people have now come forward alleging sexual abuse, including a woman who told a TV program she was one of his daughters.

So he had at least $12 million in his bank accounts, but I'm sure that's just the tip of the iceberg on the amount of money he's swindled people out of over the years. Now it appears that not only was he ripping people off with his psychic surgery scam, but he was also using it as a way to molest women.

Also, shame on Oprah for promoting this mountebank.
A fool thinks himself to be wise, but a wise man knows himself to be a fool.
William Shakespeare
Top

Re: "John of God" arrested

Oprah always was a Twat.

Re: "John of God" arrested

Talk turns to the sexual assault allegations against João. "I've never seen any evidence of that," says Pellegrino-Estrich. "But who knows? There are two different things: João, the Entity, and João, the man. A man is a man: we have impulses, right?"

It could also be a simple misunderstanding. "There are seven chakras," says Pellegrino-Estrich, "and the lowest one is the base chakra, and João may have put his hand on a woman's base chakra, and freaked them out."

He sits back, shrugs. "It's possible." 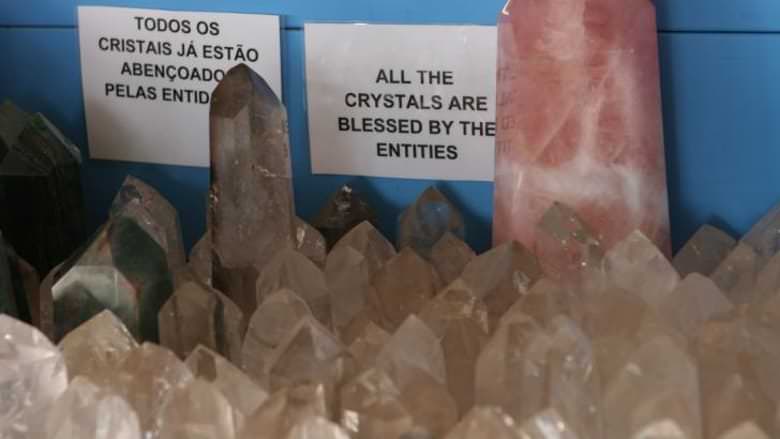