The mystery of screaming schoolgirls in Malaysia


It was a quiet Friday morning last July when pandemonium broke out at a school in north-east Malaysia. Siti Nurannisaa, a 17-year-old student, was at the centre of the chaos.
This is her account of what happened.

The assembly bells rang.
I was at my desk feeling sleepy when I felt a hard, sharp tap on my shoulder.
I turned round to see who it was and the room went dark.
Fear overtook me. I felt a sharp, splitting pain in my back and my head started spinning. I fell to the floor.
Before I knew it, I was looking into the 'otherworld'. Scenes of blood, gore and violence.
The scariest thing I saw was a face of pure evil.
It was haunting me, I couldn't escape. I opened my mouth and tried to scream but no sound came out.
I passed out.

Siti's outburst triggered a powerful chain reaction that ripped through the school. Within minutes students in other classrooms started screaming, their frantic cries ricocheting through the halls.
One girl fainted after claiming to have seen the same "dark figure".

Classroom doors slammed shut at the Ketereh national secondary school (SMK Ketereh) in Kelantan as panicked teachers and students barricaded themselves in. Islamic spiritual healers were called to perform mass prayer sessions.
By the end of the day, 39 people were deemed to have been affected by an outbreak of "mass hysteria".

Mass hysteria, or mass psychogenic illness, as it's also known, is the rapid spread of physical symptoms such as hyperventilation and twitching among a substantial group of people - with no plausible organic cause.
"It is a collective stress response prompting an overstimulation of the nervous system," says American medical sociologist and author Robert Bartholomew. "Think of it as a software problem."
The mechanisms behind mass hysteria are often poorly understood and it is not listed in the DSM - the manual of mental disorders. But psychiatrists like Dr Simon Wessely from King's College Hospital in London view it as a "collective behaviour".
"The symptoms experienced are real - fainting, palpitations, headaches, nausea, shaking and even fits," he says. "It is often attributed to a medical condition but for which no conventional biomedical explanation can be found."
Transmission, he adds, "is largely due to psychological and social factors".

Robert Bartholomew spent decades researching the phenomenon in Malaysia. He calls the South East Asian country "the mass hysteria capital of the world".
"It is a deeply religious and spiritual country where many people, especially those from rural and conservative states, believe in the powers of traditional folklore and the supernatural."
But the issue of hysteria remains a sensitive one. In Malaysia, cases have involved adolescent girls from the Malay Muslim ethnic majority more than any other group.
"There's no denying that mass hysteria is an overwhelmingly female phenomenon," says Mr Bartholomew. "It's the one constant in the [academic] literature."

Well, it's no accident that it's called "hysteria". (Is that still a PC term to use in medical settings, I wonder?)

There's lots of photos from Malaysia to go with the story so you should follow the link, but can't miss this one: 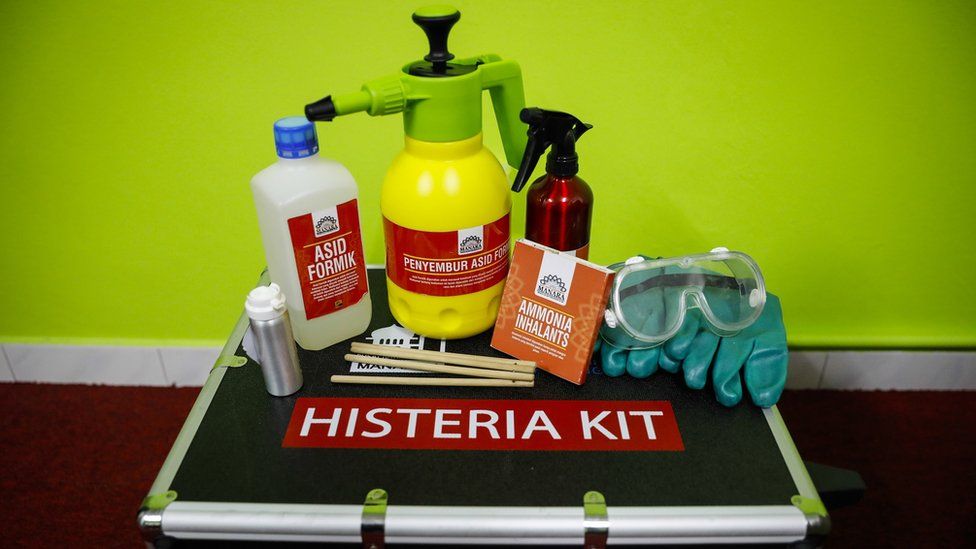 Triggered
This space for let
Top

Formic acid? ~~~consults 1950's scientific text (Hollywood edition)~~~
Ants obviously, most likely big 'uns.
... The stars were suns, but so far away they were just little points of light ... The scale of the universe suddenly opened up to me. It was a kind of religious experience. There was a magnificence to it, a grandeur, a scale which has never left me. Never ever left me.
Carl Sagan
Top

↑ Careful with formic acid, it's nasty stuff.
So we are back to smelling salts?

They [the smelling salts] were widely used in Victorian Britain to revive fainting women, and in some areas constables would carry a container of them for the purpose.

Convulsionnaires of Saint-Médard was a group of 18th-century French religious pilgrims who exhibited convulsions and later constituted a religious sect and a political movement. This practice originated at the tomb of François de Pâris, an ascetic Jansenist deacon who was buried at the cemetery of the parish of Saint-Médard in Paris. The convulsionnaires were associated with the Jansenist movement, which became more politically active after the papal bull Unigenitus officially banned the sect. 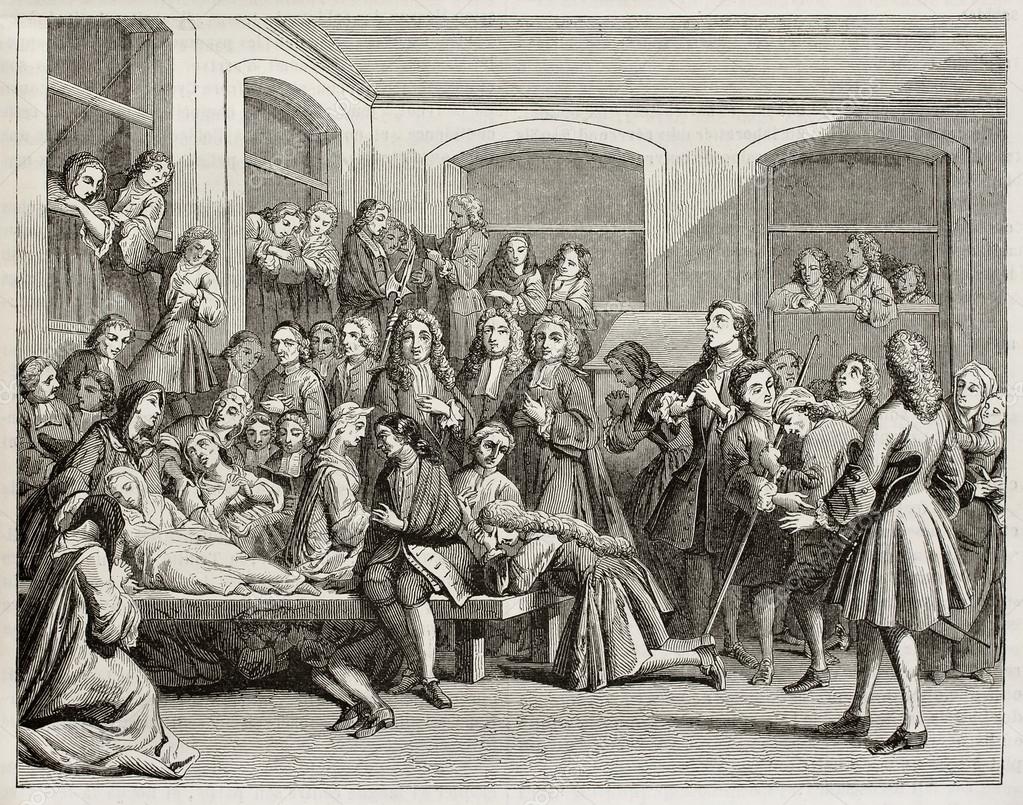 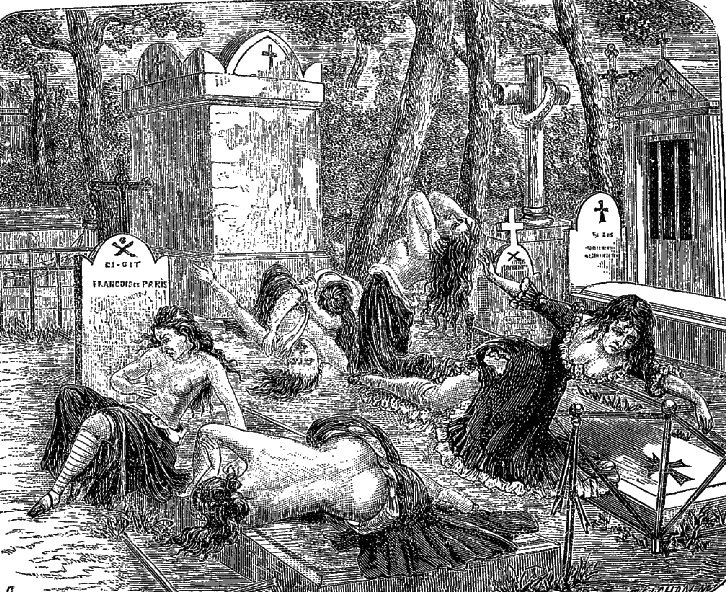 Huh, I thought this was going to be a TDS thread
Top

Fainting goats thread.
You can lead them to knowledge, but you can't make them think.
Top

The women who screamed and swooned for the 19th Century piano virtuoso Franz Liszt set the pattern for fans in our own time – from The Beatles to Justin Bieber.

The spectacle of young women shrieking, sobbing, and swooning at the sight of their musical idols might seem like a peculiarly modern phenomenon. You might think it first emerged in the 1950s and ‘60s with Elvis and Beatlemania, and was given a new lease of life in our own age where One Directioners and Beliebers battle it out to prove they are the most loyal pop fans on the planet. But the phenomenon is nothing new. And surprisingly, it has its roots not in post-war popular recorded music, but in the classical concert halls of 19th -Century Europe, where an outrageously talented young Hungarian named Franz Liszt overcame a very poor background to become a bona fide ‘celebrity’. (According to the Oxford English Dictionary, the word was first used in the way we use it now in the 1830s, as Liszt rose to fame.) The ultimate classical superstar – even more so than his musical hero, the violin virtuoso Niccolò Paganini – this legendary composer, pianist and pedagogue unleashed what his biographer Dr Oliver Hilmes describes as “a highly infectious strain of Lisztomania that gripped Europe for years at a time”.

Franz Liszt (1811-1886) was a child prodigy who began casting his spell on audiences in Vienna, Paris and London at a young age, not just for his preternaturally gifted technique and fine musical imagination but also for the distinctive air he cultivated at the piano, tossing his shoulder-length locks and swaying hypnotically over the keyboard as he played. During a period of eight years, he gave around a thousand recitals – “an incredible total,” Hilmes stresses. “In the process, he effectively invented the profession of the international concert pianist. Crowned heads of state paid court to him, women threw themselves at his feet and others lost their reason. The popular press of the time reported at length on Liszt’s concerts and at even greater length on the numerous escapades that fuelled their feverish interest in him.”