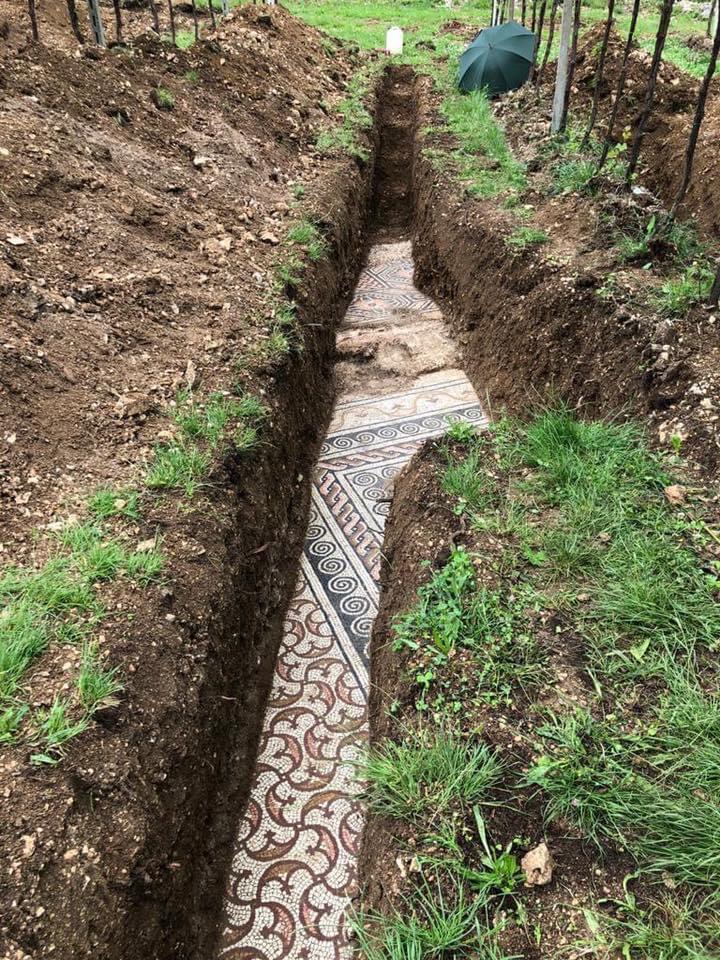 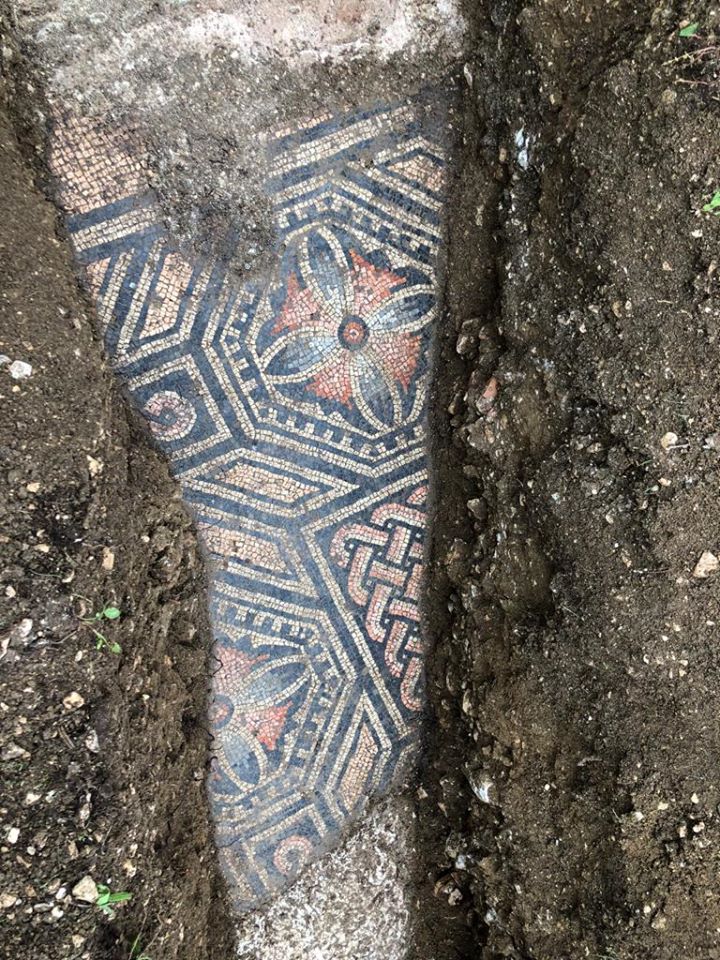 Vineyard in Negrar (near Verona). That's all I know.
Top

It's beautiful. Wonder how it got covered up.
You can lead them to knowledge, but you can't make them think.
Top

And how they found it. But the Web is mute for now.

In the Middle East (and elsewhere) there are tells:

In archaeology, a tell or tel (derived from Arabic: تَل‎, tall, 'mound' or 'small hill'), is an artificial mound formed from the accumulated remains of mudbricks and other refuse of generations of people living on the same site for hundreds or thousands of years. A classic tell looks like a low, truncated cone with sloping sides and can be up to 30 metres high. 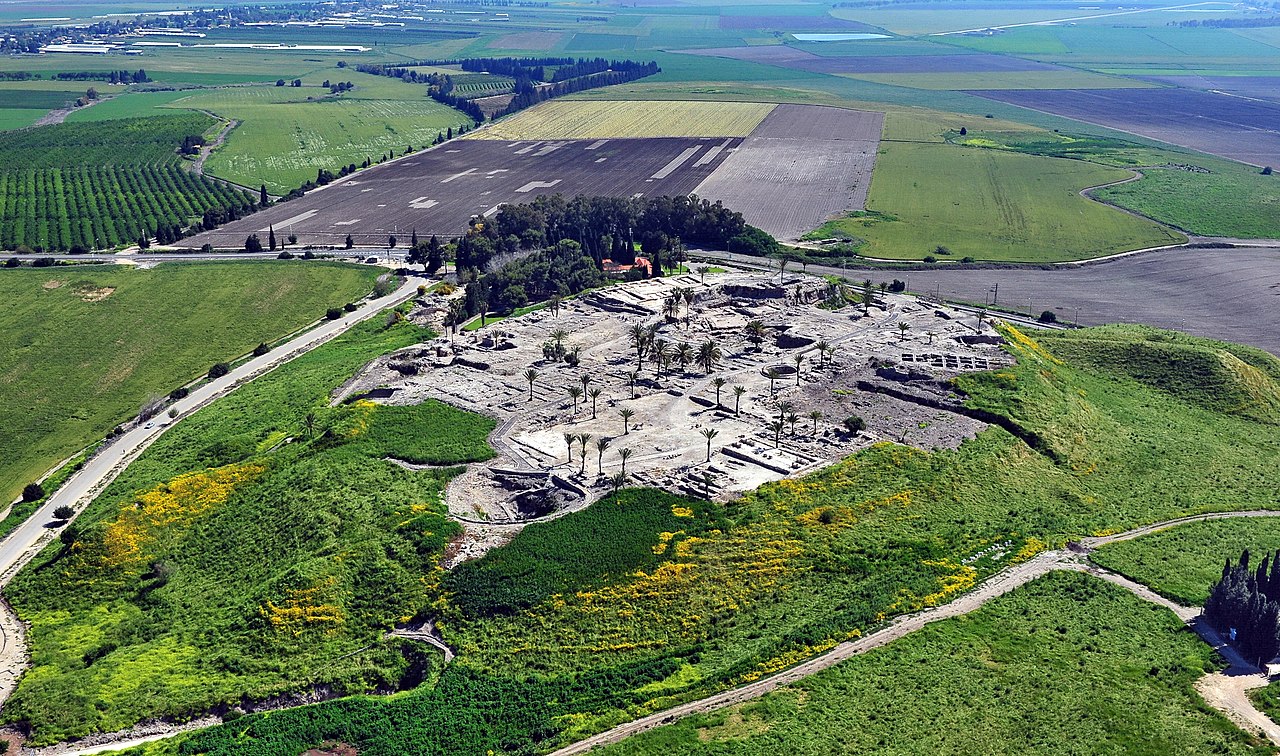 The press has caught up with the event, but only one new pic: 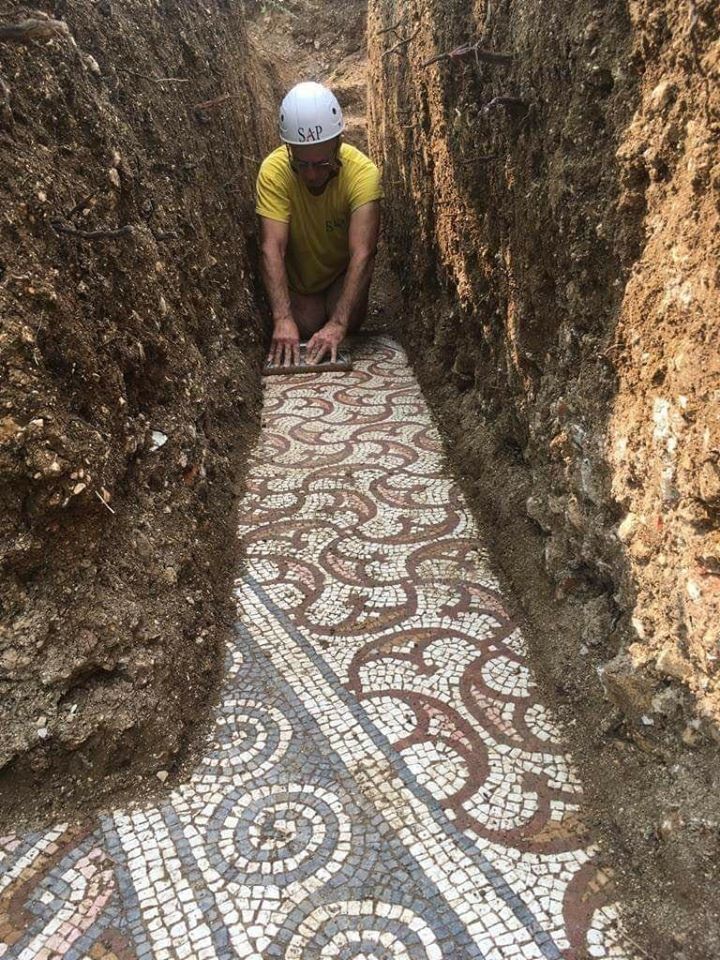 This just seems unbelievable to me. How can something that intricate and beautiful be so well pressed for over 1000 years under topsoil? Shouldn't it have been reduced to dust by now? Shouldn't it have been punctured by hundreds of tree roots? Dissolved by acid rain? Devoured by microbes? Come on, look at it! Its flawless and still has color. This is hand-made tile floor, not a gold statue.

My BS meter is twitching....
Such potential!
Top

Take your pick, Bruce: https://www.ecosia.org/images?q=roman+m ... hed+verona (Not all are from Verona, but these finds aren't really rare.)
Top

Here's a nice one: 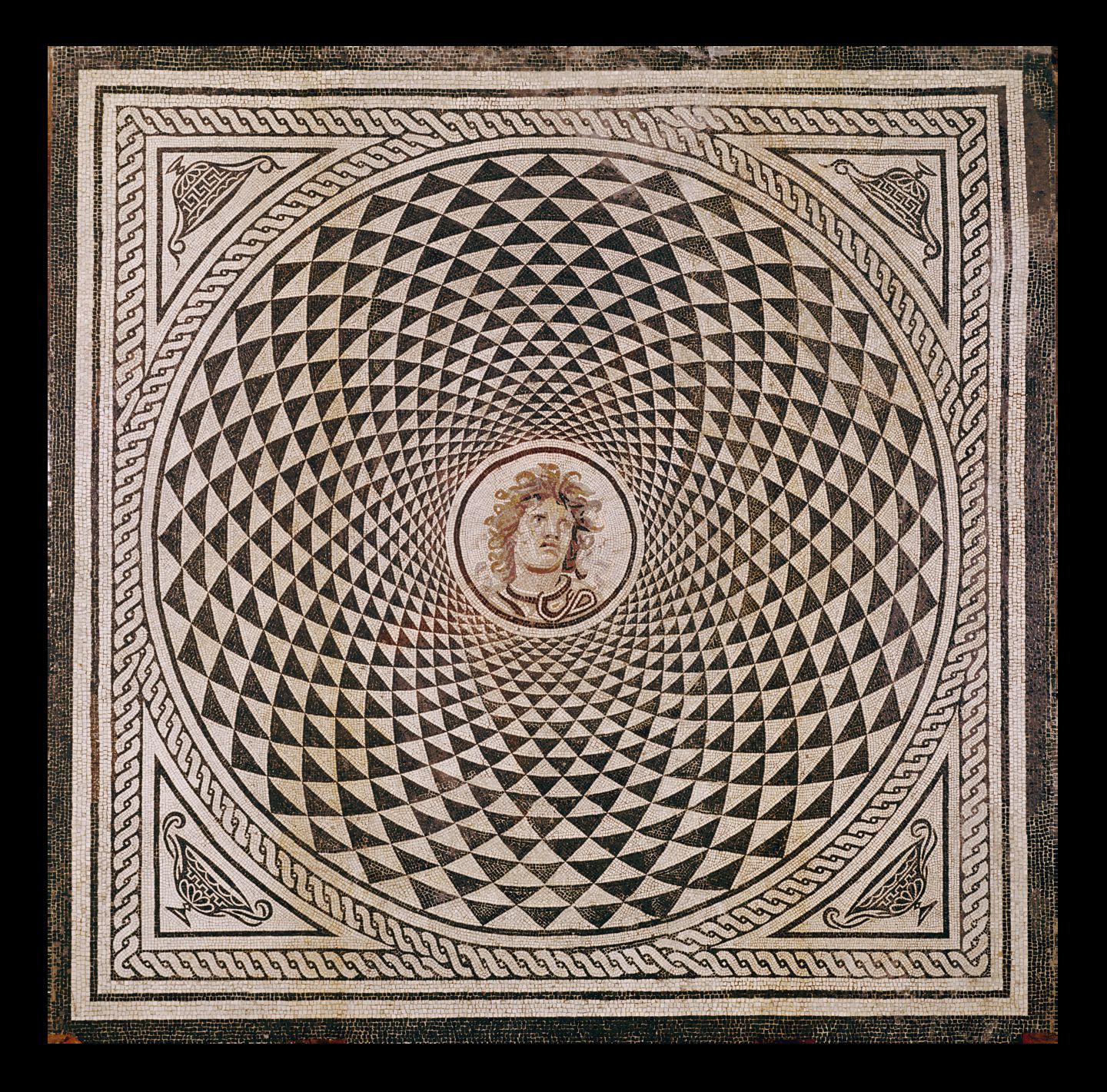 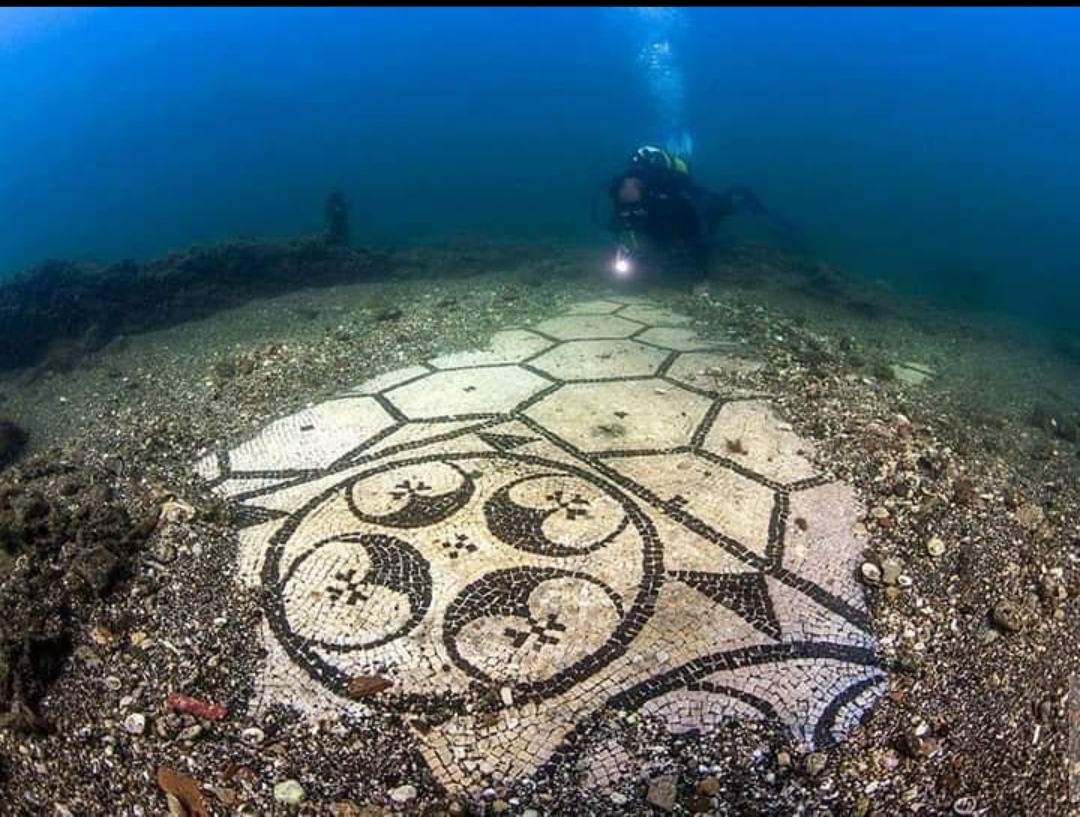 Baiae (Italian: Baia; Neapolitan: Baia) was an ancient Roman town situated on the northwest shore of the Gulf of Naples and now in the comune of Bacoli. It was a fashionable resort for centuries in antiquity, particularly towards the end of the Roman Republic, when it was reckoned as superior to Capri, Pompeii, and Herculaneum by the super-rich, who built luxurious villas here from 100 BC to AD 500. It was notorious for its hedonistic offerings and the attendant rumours of corruption and scandal.

The lower part of the town later became submerged in the sea due to local volcanic, bradyseismic activity which raised or lowered the land, and recent underwater archaeology has revealed many of the fine buildings now protected in the submerged archaeological park.

Looks like Alexander. But damn that's beautiful.
... The stars were suns, but so far away they were just little points of light ... The scale of the universe suddenly opened up to me. It was a kind of religious experience. There was a magnificence to it, a grandeur, a scale which has never left me. Never ever left me.
Carl Sagan
Top 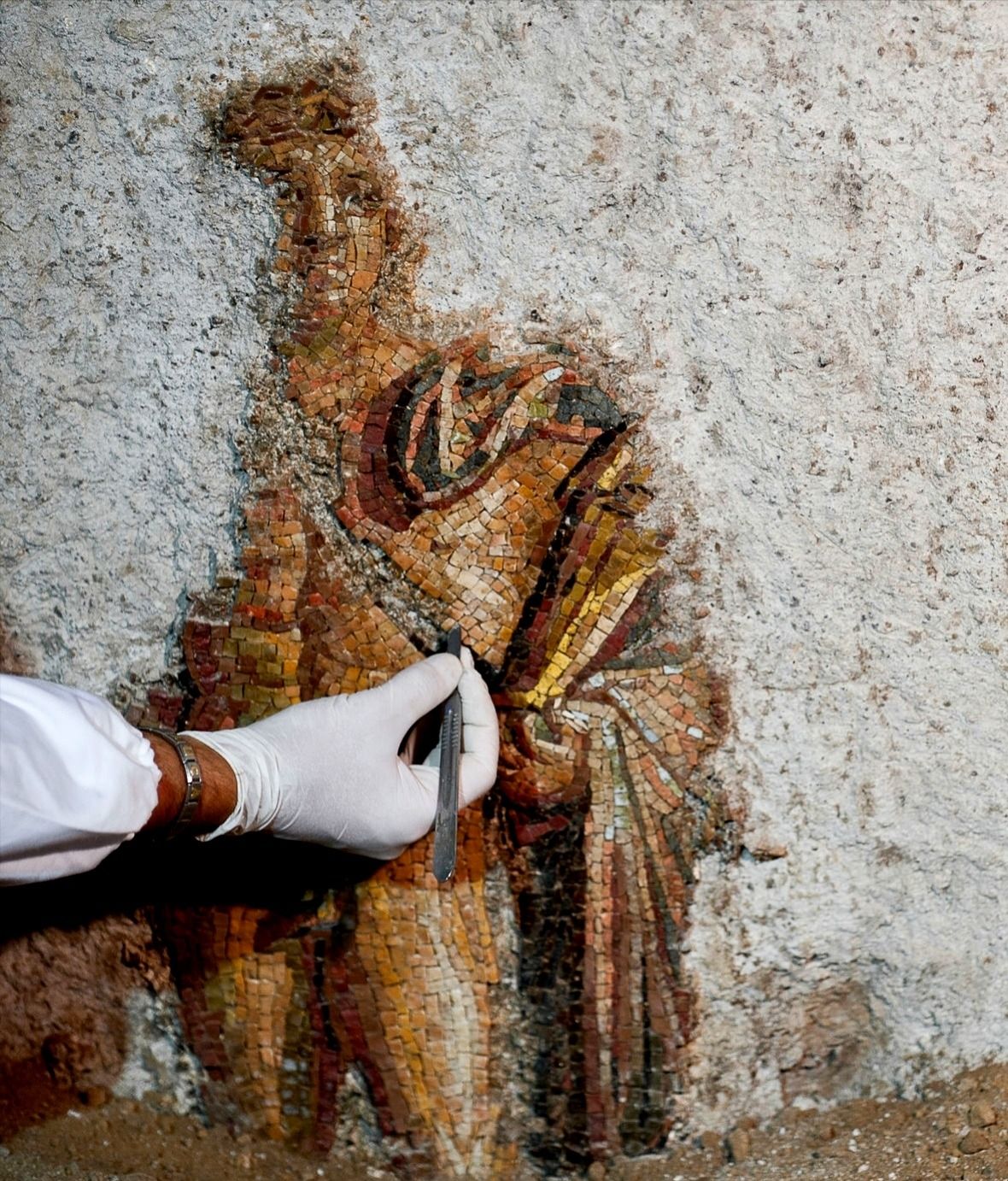 Archaeologist working on the restoration of an Ancient Roman mosaic representing Apollo, the god of music & arts. Discovered in the Terme de Traiano (Baths of Trajan) near the Ancient Colosseum in Rome. 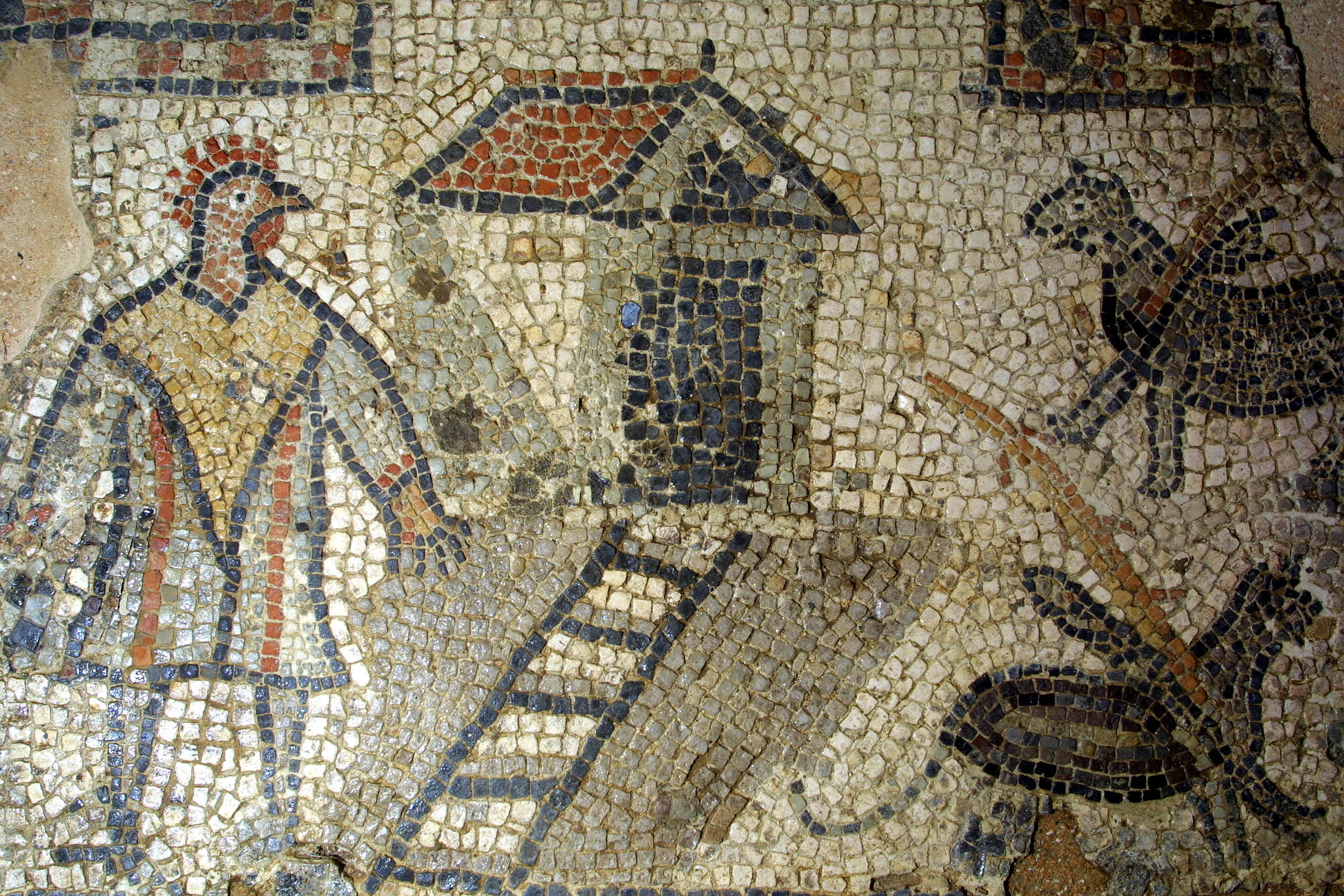 "Cockerel-headed man," an enigmatic Roman mosaic from the Brading Villa on the Isle of Wight, England. The figure may be a satirically literal rendering of the emperor Gallus. His brother/successor, Julian, exiled a court official to Britain in 361 CE for critiquing Gallus' excesses. 4th century CE. 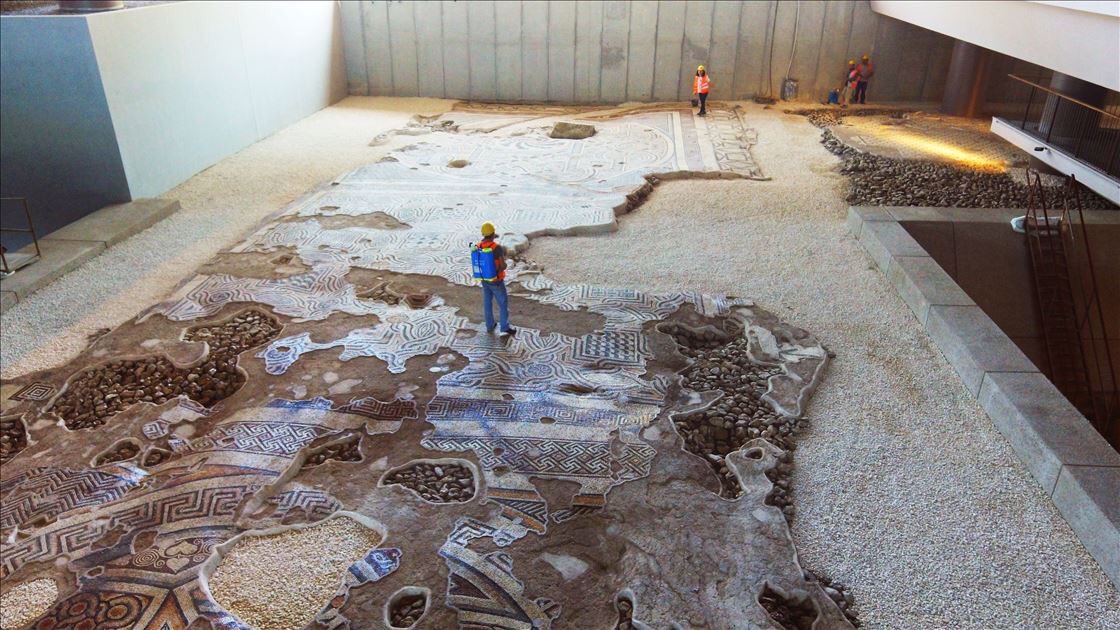 Archaeologists at work on the mosaic believed to be from the 6th century CE, found during construction of a hotel in Hatay, Turkey.
This 1200 square meters ancient mosaic is considered "the world's biggest one-piece ground mosaic".
Top 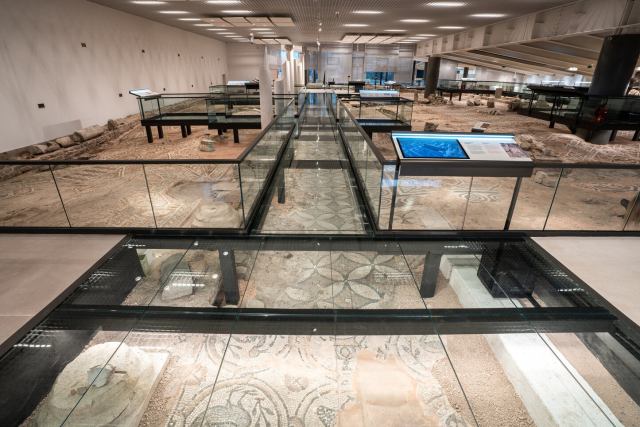 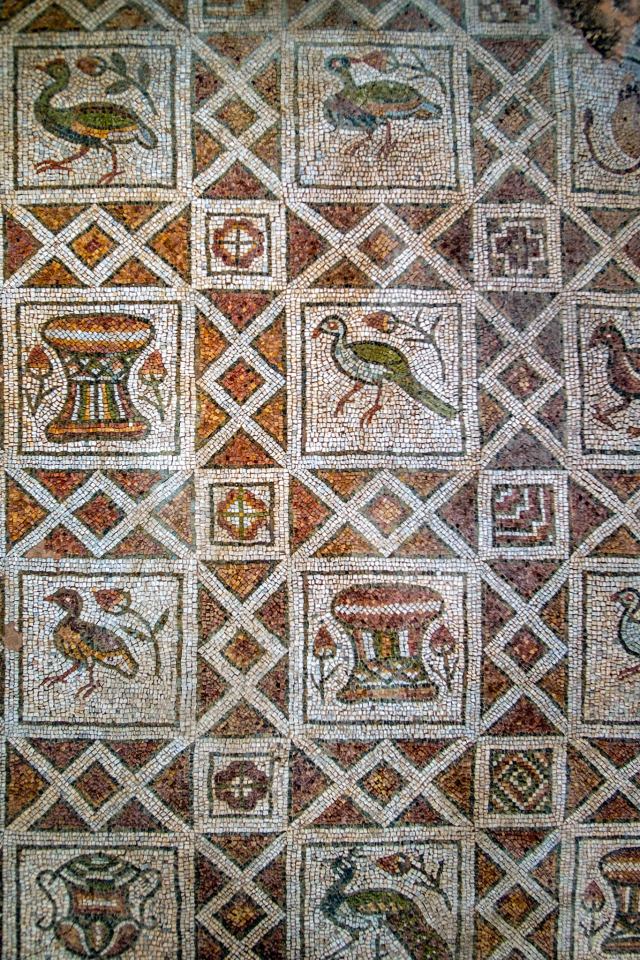 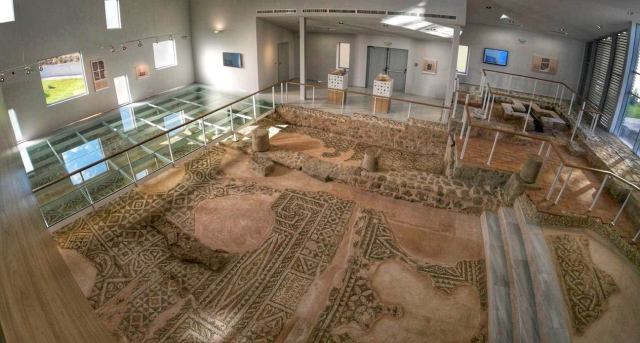 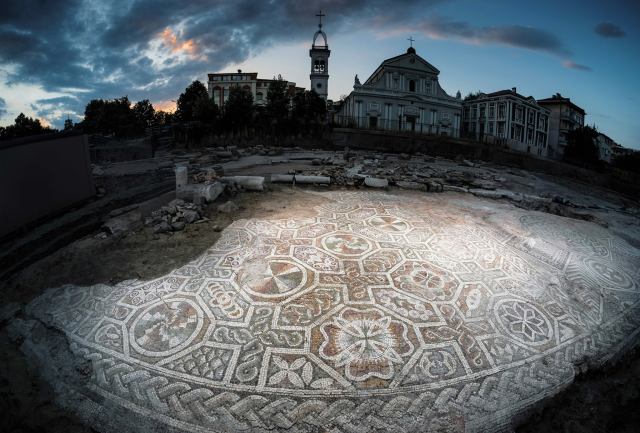 The Early Christian Great Basilica (or Bishop’s Basilica) is located in the center of the ancient city of Philipopolis, which is itself in the downtown of today’s Plovdiv in Southern Bulgaria. It was discovered in 1982 by a team of archaeologists led by Elena Kisyakova. The excavated remains of the Great Basilica were fenced off as part of conservation efforts but have not been excavated further ever since.

Back in 2002, Plovdiv Municipality sold the property to a private firm even though it contained a formally recognized monument of culture. As a result, once the scandalous deal unraveled, it took the municipality and the central government seven years of court trials to regain the ownership of the Great Basilica site. The Philipopolis Bishop’s Basilica is impressive in size – its length totals 86.3 meters (the combined length of its naos with the apse is 56.5 meters), and its width is estimated to be 38.5 meters.

The entire floor of the three-nave basilica is paved with unique Early Christian mosaics covering a total area of 700 square meters. The mosaic floors were created in two construction stages. The color mosaics feature primarily geometric motifs and images of birds typical of the second quarter of the 5th century. About 70 different species of birds have been identified, some of which appear to be unknown to contemporary ornithology. Based on the mosaics, the Early Christian Bishop’s Basilica in the ancient city of Philipopolis is dated back to the first half of the 5th century BC, the Late Roman – Early Byzantine period. It was destroyed in the middle of the 6th century, possibly during a barbarian invasions. It was built on the foundations of an earlier building of similar size and potentially with similar functions. 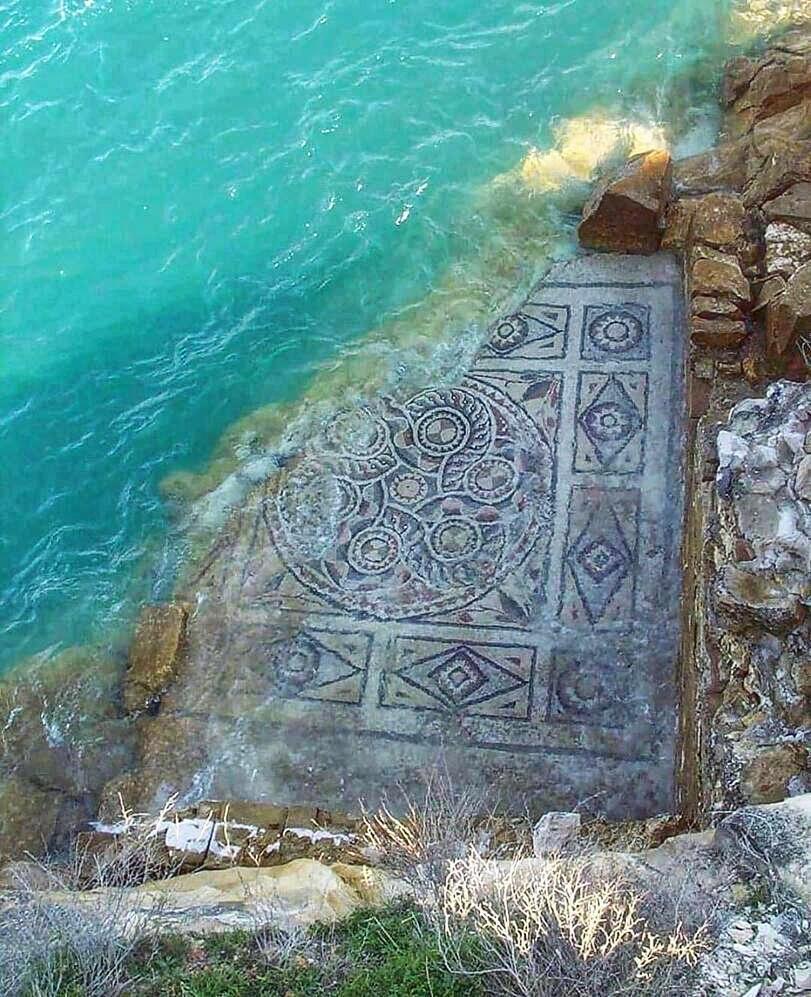