Who owns the past?

Who owns the past?

An issue of long standing, bubbling up as lesser races are encouraged to whine by their white liberal masters. Then, ownce they blow their precious artifacts into oblivion or rebury their "ancestors" or let acid rain melt then, they can complain that history is eurocentric. Fuck 'em.

Worth a peak at what is going on in blighty

Neanderthal skulls and the remains of an extinct sloth named after Charles Darwin are among the items requested for repatriation from British institutions, as documents reveal museums are facing calls to return some of their most treasured items to their places of origin.

The pressure on museums to grapple with the provenance of their collections has been revealed by freedom of information requests submitted by the Guardian.

A series of high-profile restitution claims have been received by institutions including the British Museum and the Natural History Museum in recent months. They include a call from the government of Gibraltar for the return of Neanderthal remains, including the first adult skull to be discovered by scientists, and a request from Chile for the repatriation of the remains of a now extinct giant ground sloth.

Send them the packing materials and some crappy plastic skulls from Carolina Biologicals. They won't know the difference. A nods as good as a wink.

Serious issue though. I am aware that the Philie museum has sent back some arms and armor that the collector Kienbusch "acquired" ages ago. As I recall there was a helmet that was removed from a church in england during the early part of the last century in order for an accurate copy to be made. The copy was made and, you guessed it, returned to the church whilst the original went off to a private collection. Eventually finding it's way to the US.

Frankly, there is little of a foreign origin in US museums that any museum has clear title to. It seems that the concept of protection from an ex post facto law is sorta inoperative in the current climate.

You might check this book out
https://www.amazon.com/Who-Owns-Past-Cu ... B001QRCZ7W
for a level headed discussion.

One might consider that things like the Elgin Marbles would look like shit today if left to the leftist devices of the boy loving Athenians (paraphrase from 300), one might argue that they belong should be in the care of to those that are able to protect them.

Its sorta funny, I have been selling off my collection for the past few years and I apprehend now (though I always paid lip service to the concept) how much I was just a short term caretaker whose only job was to keep the damn things safe.

Anyway, I think I wrote about this in the past, worth a revisit probably.
I'll stick my neck out for YOU!!
Top

I don't know much about archeology, but I have two stories which come to mind related to preservation and "ownership" of the past.

The first involved learning about how ancient Chinese used to collect and grind up bones they found in caves, many of course irreplaceable links to our pre-homo sapiens past. The second was when I read about "natives" stealing and disposing of Kennewick bones for arguably political purposes.

When I read about the ancient Chinese grinding up human history for their useless traditional medicines, I felt quite sad. But, as tragic as that was, it involved ignorant peasants who didn't know any better. The Kennewick case, however, was just so shitty I had to put the book down and stop reading.
Top

The past is the one thing you can take away from people who have nothing.

shuize wrote: ↑
Sun May 12, 2019 10:47 pm
When I read about the ancient Chinese grinding up human history for their useless traditional medicines, I felt quite sad. But, as tragic as that was, it involved ignorant peasants who didn't know any better. The Kennewick case, however, was just so shitty I had to put the book down and stop reading.

As for this, Egyptian mummies were once ground to fertilizer. (And also sold in the streets for tourists.)


As a personal anecdote, I went to Samothraki. In some dusty & dilapidated shed they keep a yellowish plaster copy of the famous Victory: 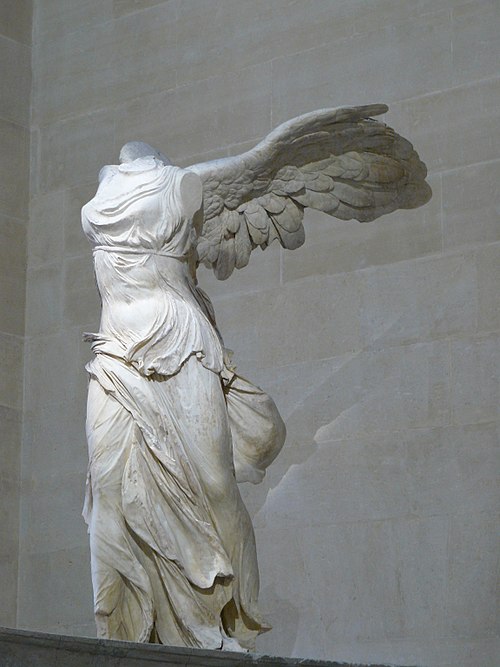 So I was pleased they had moved her to the Louvre, a safer place. Putting her back would be meaningless, as the island isn't really a touristic attraction: far in the North of the Aegean, no sand beaches, only pebbles, and not much to see apart from an old archaeological site (Sanctuary of the Great Gods). And something like three basic restaurants on the main port's seafront. (This has perhaps changed since, 'twas ~ 30 years ago.)
To complete the anecdote, the daughter of the house where we stayed had an immediate crush on me – either my Greek genes, or the poor gal was desperate to get away – and was always around when we left in the morning, completely ignoring my GF who looked daggers at her.

Ha. Ha. Reminds me of a trip to Belgium a few years ago. The young woman in charge of passing us the key and explaining how things worked at our bed and breakfast (a French student as it turns out*) totally ignored my Japanese girlfriend and directed all her attention toward me. I was flattered, but knowing this might be a problem later I pointed out that my girlfriend made the reservations and actually spoke some French, so maybe better to explain things to her. Nope. The young woman didn’t bat an eyelid and kept her attention completely focused on me. And yes, it was a problem later.


* Are things that bad in France/Belgium that she’d be desperate to get out? They must be if she was willing to throw herself at me.
Top

Bah, keeps them on the trot, as the Krauts say.