Builders in the old part of the Canadian city of Quebec have unearthed a live cannonball fired by the British during a siege in 1759.

They posed for photos with the large, 90kg (200lb) projectile, unaware that it was still potentially explosive. 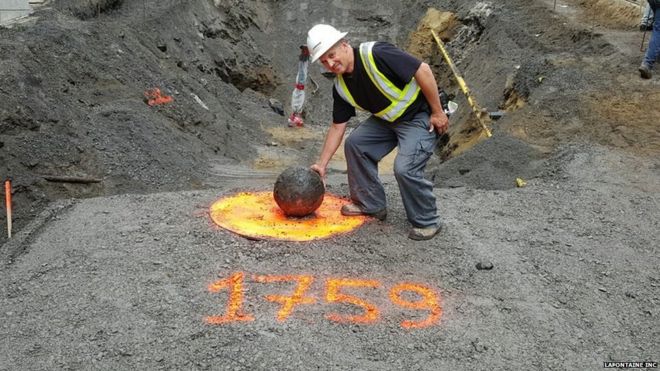 
Builders in the old part of the Canadian city of Quebec have unearthed a live cannonball fired by the British during a siege in 1759.

They posed for photos with the large, 90kg (200lb) projectile, unaware that it was still potentially explosive.

Did they have explosive cannonballs back then?
Top

They did, they were fused with a plug and piece of fuse. There would be little little danger with one of those, the plug was wood and would have rotted out. I've got one if you are interested in a picture.

That ball looks to be about a foot in diameter. Thats about 900 cubic inches. Iron is ~.28 lbs/cu in which gives a calculated weight of ~255 lbs which is ~200 lbs ergo it is solid. The thickness of the wall of a shell as opposed to a ball is about 1/2 - 1 " so the weight would have been far far less.

I bought and old 15th-16th c. cannon a few years ago and it was still loaded. I flushed out the powder and dried it and it still worked, sorta.

Mechanical fuses can reanimate and detonate, the old school stuff not. Problem arises when some idiot tries to drill thru the side to empty the powder out.

eta read the story. Canadians are little girls.
About that stereo
Top

While, unlike many countries in Europe and Asia, the USA has not been subjected to aerial bombardment, according to the Department of Defense, "millions of acres" may contain UXO, Discarded Military Munitions (DMM) and Munitions Constituents (e.g., explosive compounds).

According to US Environmental Protection Agency documents released in late 2002, UXO at 16,000 domestic inactive military ranges within the United States pose an "imminent and substantial" public health risk and could require the largest environmental cleanup ever, at a cost of at least US$14 billion. Some individual ranges cover 500 square miles (1,300 km2), and, taken together, the ranges comprise an area the size of Florida.[citation needed]

There are bombs and such all over the place here. I think during WW2 there was a practice bombing range a couple of miles from my current home.

https://en.wikipedia.org/wiki/Danger_UXB
About that stereo
Top

Love that one myself: Especially when you hear a loud bang, followed by the look of recognition/pain on the faces of whomever happens to be on camera at the moment...
You can lead them to knowledge, but you can't make them think.
Top

So you feel right at home…

It was a very good series.

--J. "Clock Stopper On!" D.
Mob of the Mean: Free beanie, cattle-prod and Charley Fan Club!
"Doctor X is just treating you the way he treats everyone--as subhuman crap too dumb to breathe in after you breathe out." – Don
DocX: FTW. – sparks
"Doctor X wins again." – Pyrrho
"Never sorry to make a racist Fucktard cry." – His Humble MagNIfIcence
"It was the criticisms of Doc X, actually, that let me see more clearly how far the hypocrisy had gone." – clarsct
"I'd leave it up to Doctor X who has been a benevolent tyrant so far." – Grammatron
"Indeed you are a river to your people.
Shit. That's going to end up in your sig." – Pyrrho
"Try a twelve step program and accept Doctor X as your High Power." – asthmatic camel
"just like Doc X said." – gnome


It was an ITV series, not BBC.

Gay
About that stereo
Top

So you feel right at home… The Indiana DNR range I shoot at is on the site of an old munitions plant/test range. Big areas of it are off limits because of the potential of unexploded ordnance.
Do you have questions about God? 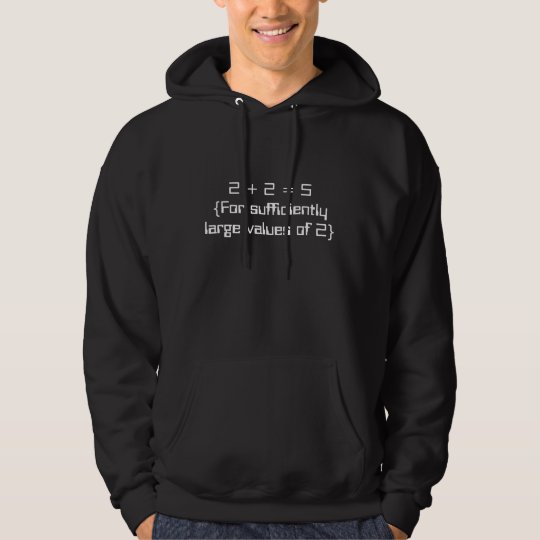 If you round, then

As recently as December 2007, construction areas outside Orlando, Florida discovered UXO in new development areas and had to halt construction efforts. Other areas nearby, including UXO in the Indian River Lagoon thought to be left from live bombing runs performed during World War II by pilots from nearby DeLand Naval Air Station, have long been avoided by local boaters for fear of accidentally striking UXO as they motor by.

During World War I, the US Chemical Corps was established at American University, based in the University's McKinley Building. After the war, many toxic chemicals and weaponry were buried in or around the Northwest DC community where the university is located. Excavations in the area are ongoing after significant discoveries were made in 2010.

Although comparatively rare, unexploded ordnance from the American Civil War is still occasionally found and is still deadly 150 years later. In 2008, for example, Civil War enthusiast Sam White was killed when a naval shell he was attempting to disarm exploded.

Here is a 1.65" Hotchkiss nose fused round

About 10" long. This one made by Winchester in the 1890's, probably for the Spanish American War.

So here it is disassembled:

The round material thing on the left sits over the primer and is filled with black powder. It acts as an accelerant to reliably ignite the brown flakes which were an early shot at smokeless powder. The stuff that looks like wood chips are, indeed, wood chips and were used to keep the mess packed down. The powder works, btw.

The interesting thing is the fuse. It is called a "Ring Retaining" fuse and it is pretty darn clever.

The firing pin is the pointy thing on the bottom. The thing that actually detonates is the round cup like thing on the top. When the fucker hits something the the firingpin flies forward striking the cup which is full of fulminate of mercury. It detonates and flame goes backward to the bursting charge in the shell.

So, how does one transport these things to the battlefield without blowing ones self to kingdom come?

All you do is unscrew the fuse from the shell ... note the reverse thread! It is opposite the rifling so that it tightens during it's flight ... and it is harmless. Sorta. You really shouldn't smoke when doing this.
About that stereo
Top

[youtube][/youtube]
Do you have questions about God?