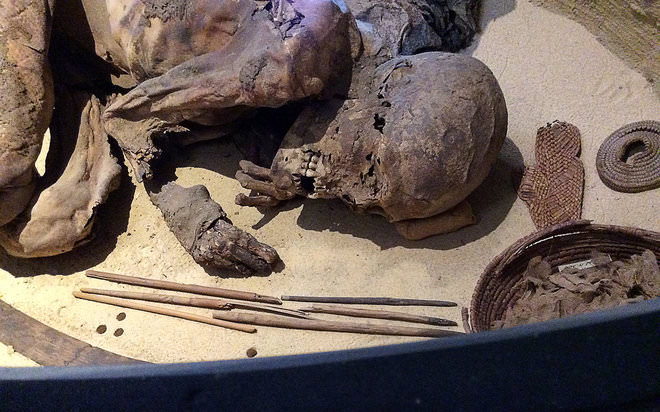 This Ancient Mummy Is Older Than the Pharaohs

A mummy that was long thought to have been naturally preserved showed traces of compounds that were commonly used in Egyptian mummification thousands of years later.

Embalming in ancient Egypt predated the pharaohs, an ancient mummy reveals. That would mean that the practice began at least 1,500 years earlier than once thought.

The mummy — an adult male curled on its left side in a fetal pose — is about 6,000 years old. It was previously thought to be naturally preserved by desert conditions at the site where it was buried. But the first-ever tests performed on the remains showed that the mummy was embalmed, making it the earliest known example of Egyptian mummification, researchers reported in a new study.

Further examination showed that the ancient embalmers used multiple ingredients to preserve the corpse, employing a similar recipe to the ones used 2,500 years later, when mummification in Egypt was at its peak.

More than a century ago, the mummy was discovered in Egypt. The exact location is unknown, though it is thought to have come from the ancient southern city of Gebelein on the Nile River, and represents a man who was about 20 to 30 years old when he died, the scientists reported. The mummy was acquired in 1901 by the Egyptian Museum in Turin, Italy, and dates to 3700 B.C. to 3500 B.C., according to the study.

Neither the dealer who sold the mummy nor the museum that displayed it ever applied any type of conservation treatment to the fragile remains, "hence it provides a unique opportunity for analysis," the researchers wrote.
[…]
The Turin mummy is so old that it even predates written language (the earliest known evidence of writing dates to about 3400 B.C.). So, it's likely that the embalming instructions were preserved verbally "and passed down through generations," Jones said at the briefing.