Archaeologists are studying a valuable trove of old Roman coins found on the site of a former theater in northern Italy.
The coins, at least 300 of them, date back to the late Roman imperial era and were found in a soapstone jar unearthed in the basement of the Cressoni Theater in Como, north of Milan.

"We do not yet know in detail the historical and cultural significance of the find," said Culture Minister Alberto Bonisoli in a press release. "But that area is proving to be a real treasure for our archeology. A discovery that fills me with pride."
Whoever placed the jar in that place "buried it in such a way that in case of danger they could go and retrieve it," said Maria Grazia Facchinetti, a numismatist -- or expert in rare coins -- at a Monday press conference.
"They were stacked in rolls similar to those seen in the bank today," she said, adding the coins have engravings about emperors Honorius, Valentinian III, Leon I, Antonio, and Libio Severo "so they don't go beyond 474 AD."
"All of this makes us think that the owner is not a private subject, rather it could be a public bank or deposit," Facchinetti added.
Archaeologists also uncovered a golden bar inside the jar.
The coins were discovered last week, according to Ministry of Cultural Heritage and Activities, and were transferred to the Mibac restoration laboratory in Milan where archaeologists and restorers are examining them. 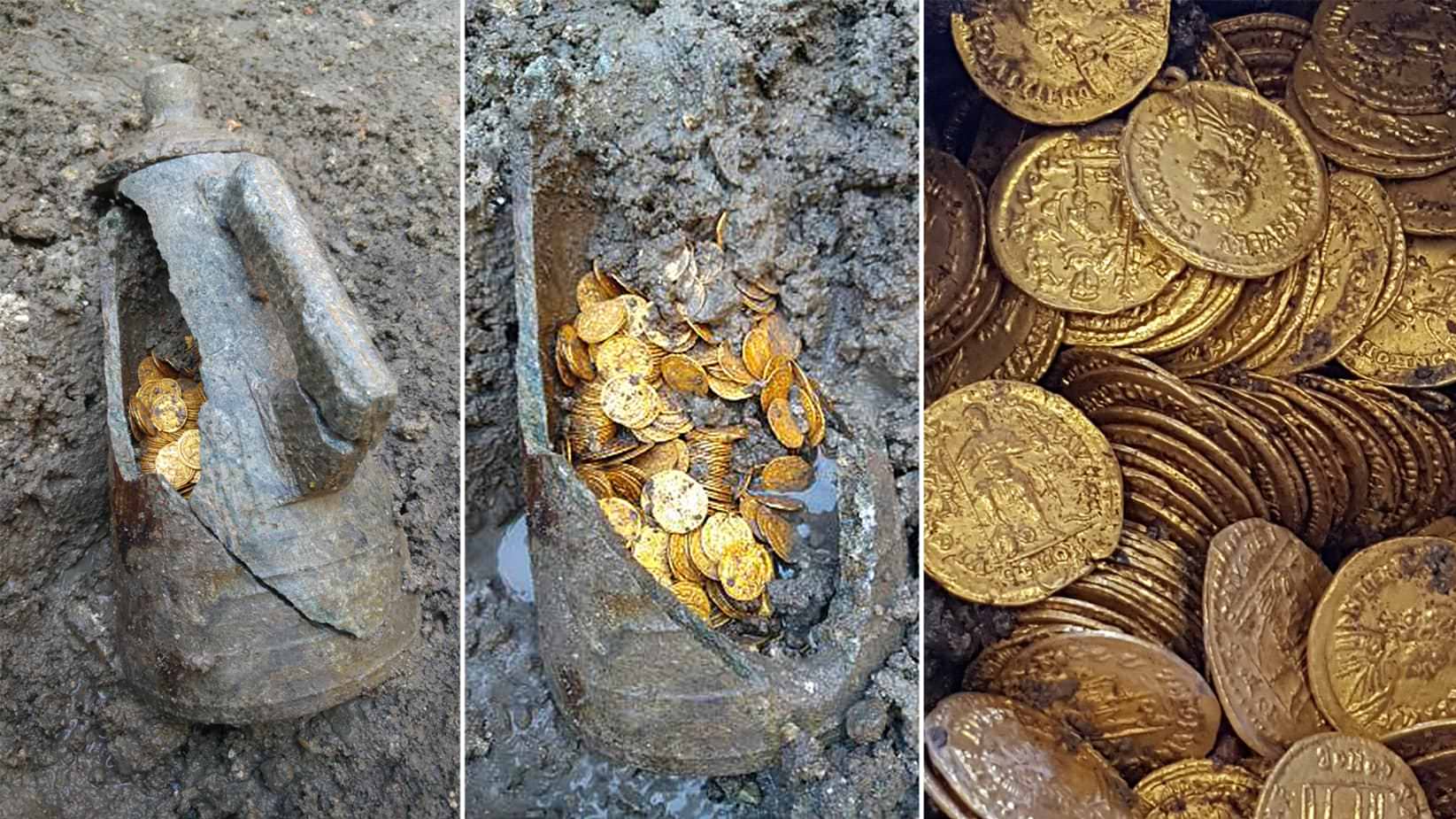 Invest in gold, it lasts.