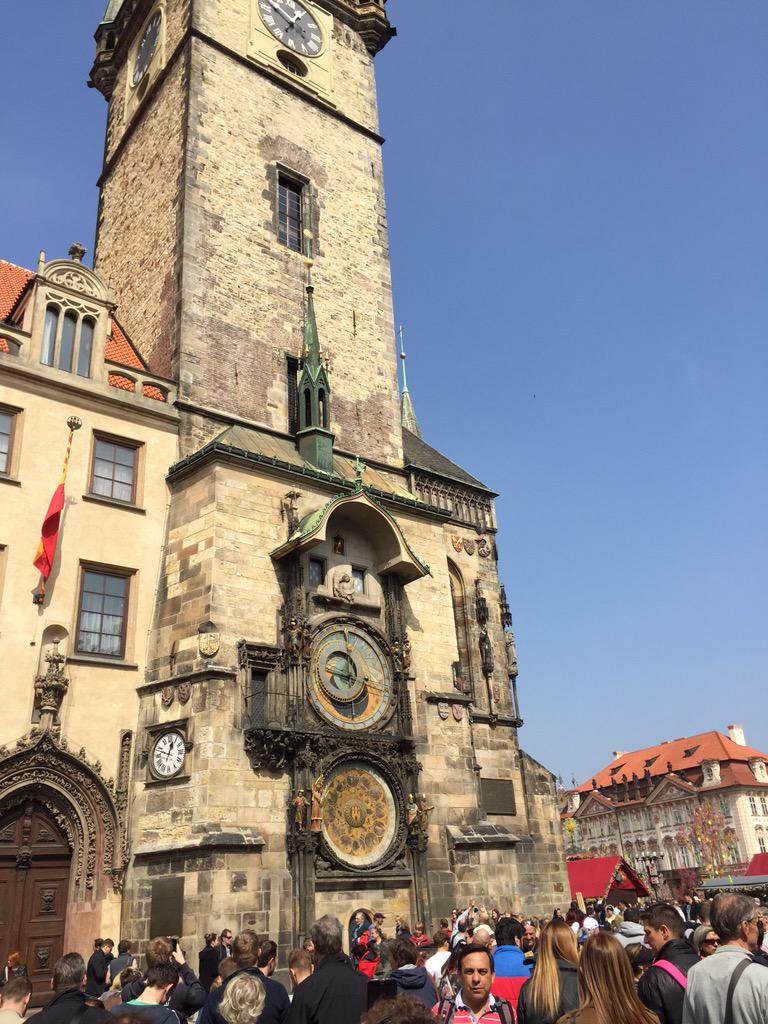 Restoration work on Prague’s famous medieval Astronomical Clock at the city’s Old Town Hall has revealed hidden secrets; a number of objects which were placed in the tower by former restorers. The discovered objects include small stone statues of animals and a letter hidden in the hollow of the statue of St. Thomas, which was left there in 1948.

The Astronomical Clock at the Old Town Hall on Old Town Square, whose oldest parts date to 1410, belongs among the most famous sights in Prague, along with Charles Bridge and Prague Castle. Thousands of people regularly gather beneath the clock to watch the hourly parade of its 12 wooden Apostles.

Last April the clock was removed from the tower for its most extensive renovation to date. While the medieval clock was being taken apart in a workshop, restorers searched the tower for a secret chamber they believed might be hidden behind the Astronomical Clock.

Although they failed to find any hidden opening, they came across other, no less interesting discoveries. One of them is a 1948 newspaper and an 18-page letter hidden in the hollow of the statue of St. Thomas by sculptor Vojtěch Sucharda. Restorer Jiří Matějíček describes how the discovery was made:

“The statue was lighter than the other ones. We wanted to find out why, so we tried knocking on it and found out that it was hollow. We had an X-ray made and based on the X-ray we drilled a hole into the statue and discovered a case hidden inside.”

Vojtěch Sucharda was the author of the twelve wooden statues of the Apostles, which replaced the original ones destroyed by a fire at the Old Town Hall in 1945. In his letter, Mr. Sucharda expressed his disappointment over the outcome of a dispute with conservationists. During the renovation he pushed for the removal of some of the statues that were added to the clock in the 1940s, which were gifts from citizens and had no link to Prague, but his idea was rejected.

The renovation work also revealed several small stone statues of animals, including a dog, a bird of prey and an owl, which restorers believe date back to the 15th century. René Tikal says they might belong among the original elements of the Astronomical Clock.

Good place for a defenestration.
"It is not I who is mad! It is I who is crazy!" -- Ren Hoek 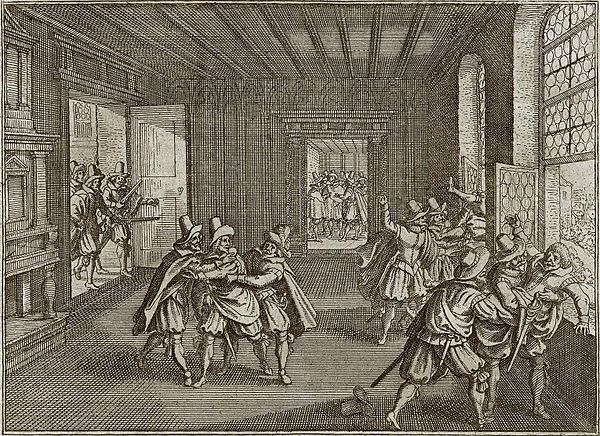 Nah--the spike is too high compared to the window. You need them to build up some momentum before being impaled.
"If fighting is sure to result in victory, then you must fight! Sun Tzu said that, and I'd say he knows a little bit more about fighting than you do, pal, because he invented it, and then he perfected it so that no living man could best him in the ring of honor. Then, he used his fight money to buy two of every animal on earth, and then he herded them onto a boat, and then he beat the crap out of every single one. And from that day forward any time a bunch of animals are together in one place it's called a zoo! (Beat) Unless it's a farm!"
--Soldier, TF2
Top
4 posts • Page 1 of 1