Found in a Bronze-Age grave, the rare artifact may have been used for ritual purposes.

Swiss archaeologists recently announced the discovery of what they say is the earliest metal representation of a human body part ever found in Europe. The 3,500-year-old object is a hand, slightly smaller than life-sized, made of more than a pound of bronze. It has a cuff of gold foil glued to the wrist, and a socket inside that would have allowed it to be mounted on a stick or pole.

The find was originally uncovered in 2017 near Lake Biel in the western canton (province) of Bern, by treasure hunters using metal detectors, who turned it in to authorities along with a bronze dagger and rib bone they found nearby. “We had never seen anything like it,” says Andrea Schaer, head of the Ancient History and Roman Archeology Department at the Bern Archaeological Service. “We weren’t sure if it was authentic or not – or even what it was.”

By radiocarbon dating a tiny bit of the organic glue used to attach a layer of gold foil onto the sculpture’s “wrist,” they determined the object was very old – dating back to the middle Bronze Age, or between 1,400 and 1,500 B.C.

That was enough to convince the archaeologists to return this past spring to the area where the bronze hand was originally found. After the erstwhile looters pointed out where they found the object, Schaer and her team spent seven weeks excavating what turned out to be a badly-damaged grave, located on a plateau above Lake Biel near the tiny village of Prêles. “There’s a magnificent view over the plateau to the Alps,” Schaer says. “It really is an extraordinary place.” 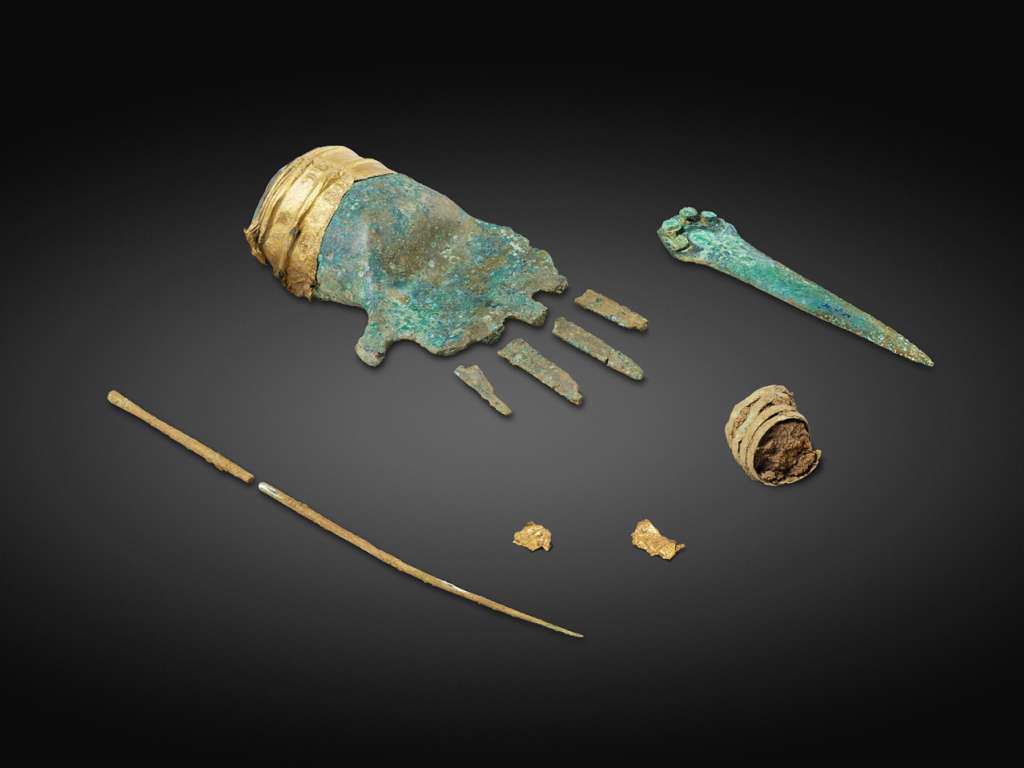 We'll be in big trouble if they find the eye.
The flash of light you saw in the sky was not a UFO. Swamp gas from a weather balloon was trapped in a thermal pocket and reflected the light from Venus.
Top

You can lead them to knowledge, but you can't make them think.
Top
3 posts • Page 1 of 1