In Viksletta, near the monumental Jellhaugen in Østfold, archaeologists from the Norwegian Institute for Cultural Heritage Research (NIKU) have discovered various houses and graves – some of which are very large – with the help of georadar, Østfold County, on behalf of the district council of Østfold. Municipality writes in a press release.

The perhaps most sensational find, however, is the traces of a ship that has ever been laid in a number of fields.

"We are sure that there is a ship there, but how much it is saved is difficult to say before the investigation is examined," says Morten Hanisch, county curator at Østfold.

"The discovery looks incredibly exciting, we only have three well-preserved Viking shipwrecks here, so this finding will certainly be of great historical importance," says Knut Paasche, department head at NIKU, and expert on ships from this period. 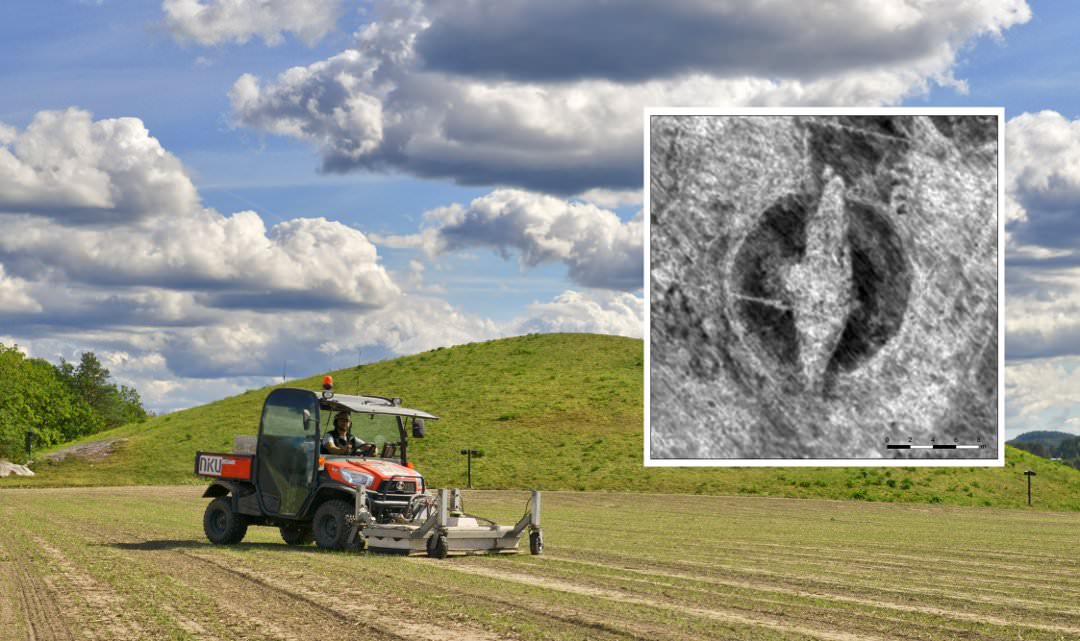