Remains of at least 50 people, all believed to date from 11th and early 12th century, discovered during demolition work to make space for new tower

The bones of men who may have witnessed the tumultuous events of 1066 in Westminster Abbey, when one king was buried and two were crowned in a year, have been discovered along with the skeleton of a three-year-old child buried under Victorian drainage pipes just outside the wall of Poet’s Corner.

“What the child is doing there is one of the many unanswered questions,” abbey archaeologist Warwick Rodwell said, “but it is a feature of many ecclesiastical sites that you find the remains of women and children in places where you might not quite expect them.”

The skeleton, too small and poorly preserved to determine the sex without further scientific tests, appears to have been a person of some status, since he or she was buried in a wooden coffin, unlike some of the monks buried nearby. The child was far too young to be an abbey apprentice or servant, Rodwell said.

The remains of at least 50 individuals, all believed to date from the 11th or early 12th century – including a man buried in a grand coffin made of Barnack stone from Northamptonshire, whose skull was stolen by Victorian workmen – were found by the archaeologists after a 1950s lavatory block was demolished to make space for a new tower, which will eventually bring visitors up into the attics of the building. 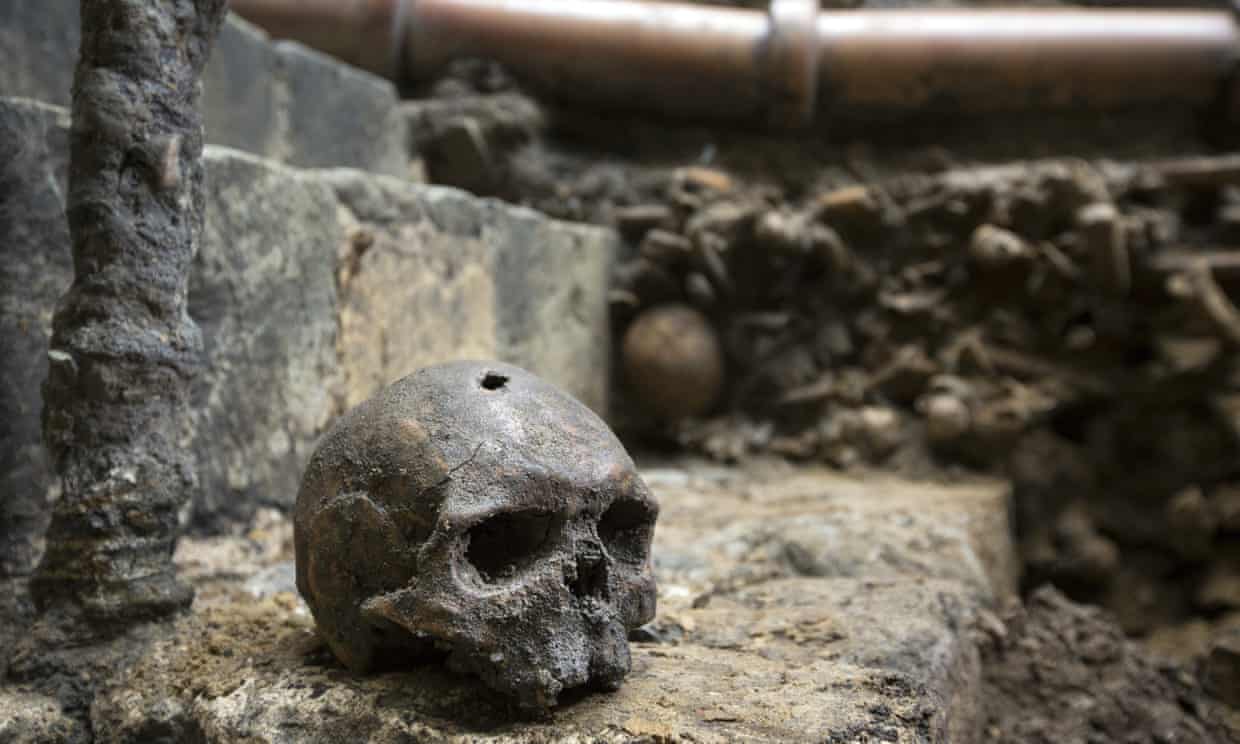