Random stuff that got dug up

Random stuff that got dug up


A World War One-era German hand grenade has been found among a delivery of potatoes shipped from France to a crisp factory in Hong Kong, police say.

The muddy device, which was 3in (8cm) wide, was "in an unstable condition" because it had been discharged but had failed to detonate, officials said.

It was discovered at the Calbee crisp-making factory in the eastern Sai Kung district on Saturday morning. 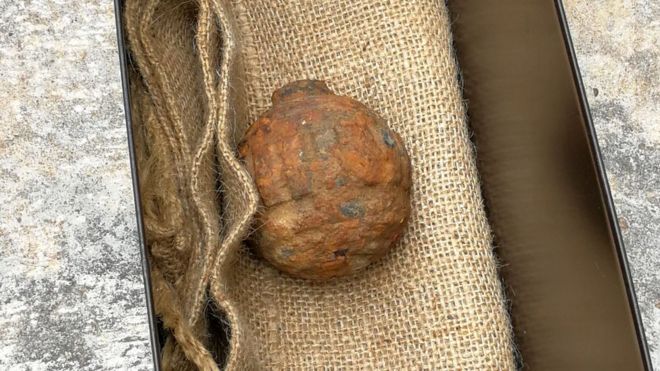 The flash of light you saw in the sky was not a UFO. Swamp gas from a weather balloon was trapped in a thermal pocket and reflected the light from Venus.
Top
1 post • Page 1 of 1