Mexican archaeologists say they've found a cave at the Mayan ruins of Chichen Itza with more than 150 ceramic vessels in nearly untouched condition.

The scientists were searching for a sacred well at the time.

The National Institute of Anthropology and History said the vessels appear to date back to around A.D. 1000 and contain bone fragments and burnt offering materials that are being analyzed.

Archaeologist Guillermo de Anda said exploration of the cave began in 2018 after local Maya residents told experts about it.

It turned out the cave had been discovered, but not explored, by locals about 50 years earlier. They told an archaeologist about it then, but he ordered it sealed — perhaps to protect it — and only issued a brief report that was essentially forgotten in government archives.

The 155 ceramic braziers and incense burners found by the experts bear the likeness of Tlaloc, the rain god of central Mexico. The Mayas also had their own rain god, Chaac, and may have imported Tlaloc from other pre-Hispanic cultures. There were also clay boxes and other vessels. The team plans to leave all the objects in the cave. 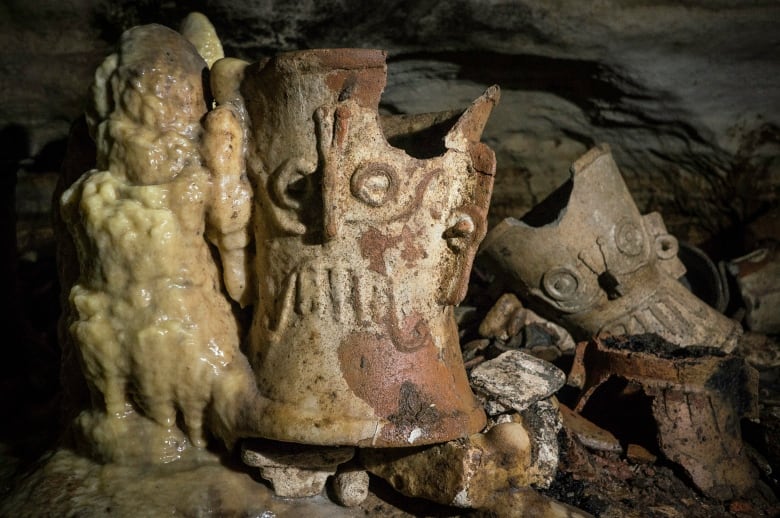 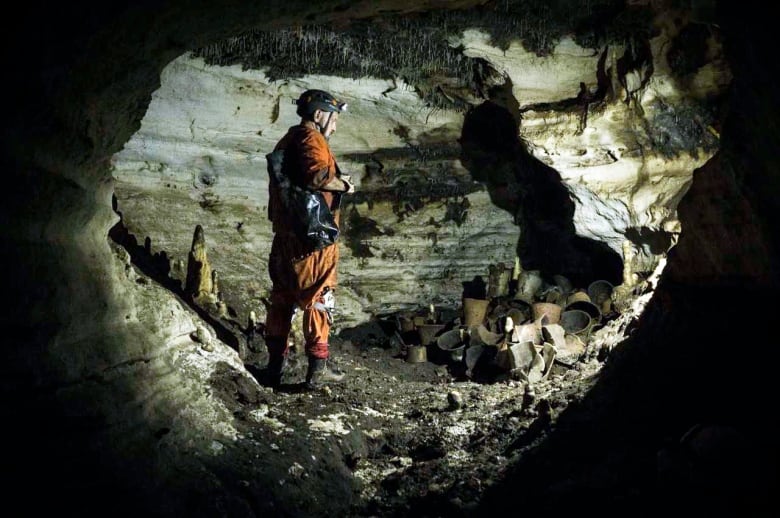 With a heart in it?


I am asking for a friend.