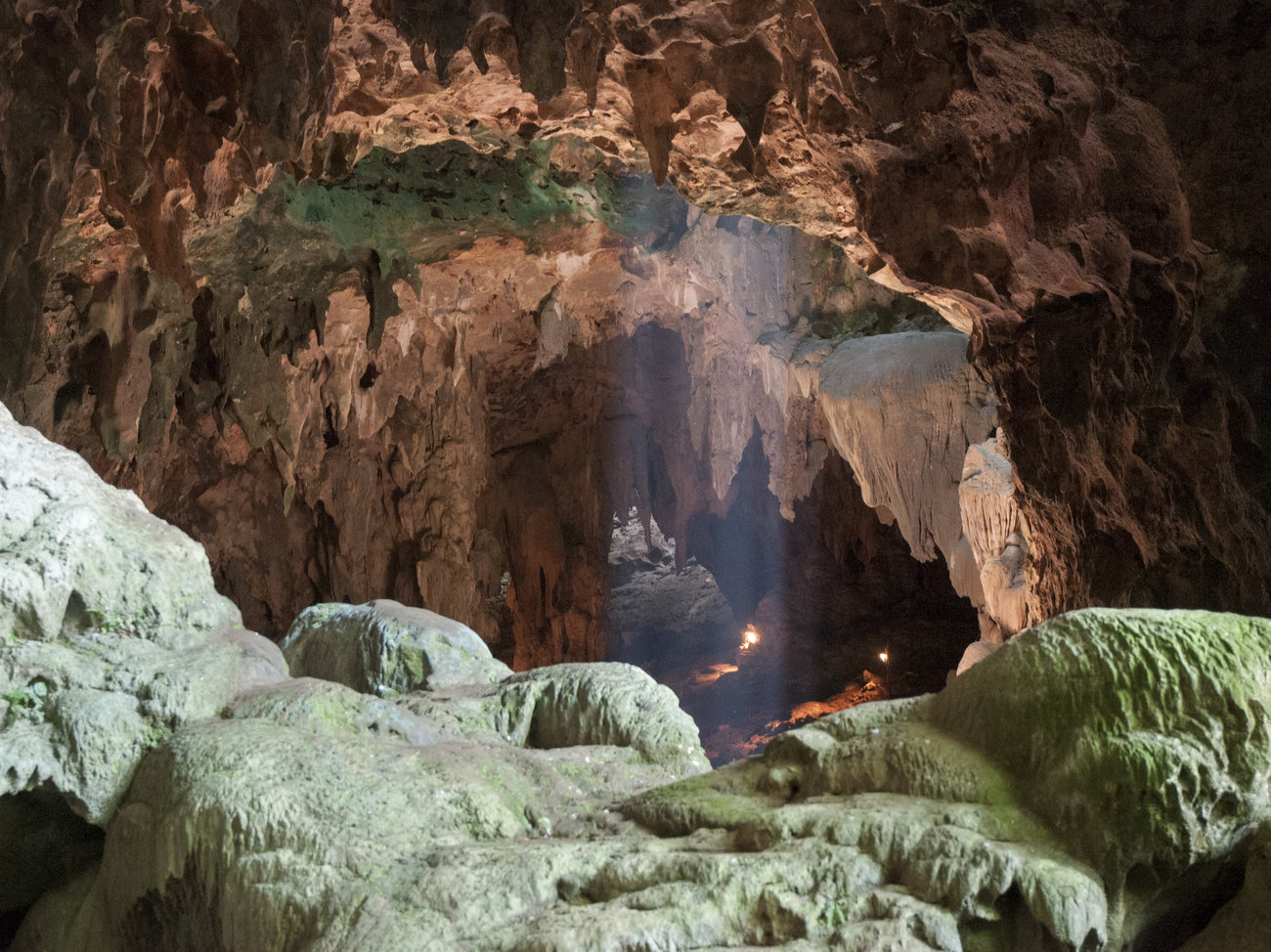 An unusual species of human apparently lived on the island of Luzon in the Philippines as recently as 50,000 years ago. Based on teeth and bones found there, scientists suspect that these early humans probably stood less than 4 feet tall and had several apelike features. Yet, the researchers say, the bones are distinctly human — from a previously undiscovered species.

The first clue was a bone that surfaced in 2007. Archaeologist Armand Salvador Mijares was digging in a cave on the island of Luzon and found a toe bone. He says it didn't look like a modern human bone. "There's something peculiar with this bone," he recalls thinking. But one bone wasn't enough to say for sure who or what it belonged to.

Mijares, who's with the University of the Philippines, was part of a team looking for bones of early humans. They kept digging for four more years. In 2011, they hit pay dirt — more toe bones, as well as finger bones, part of a thigh bone and seven teeth. And none looked like it belonged to modern humans. "We agreed that this could probably be a new species," Mijares says.

Discovering a new species of ancient human is a career-maker in anthropology — or career-breaker, if you're wrong. So the team spent another eight years studying the bones and teeth. They now conclude that the skeletal fragments are from three individuals who lived sometime between 50,000 and 67,000 years ago. Writing this week in the journal Nature, the scientists call them Homo luzonensis, after the island.