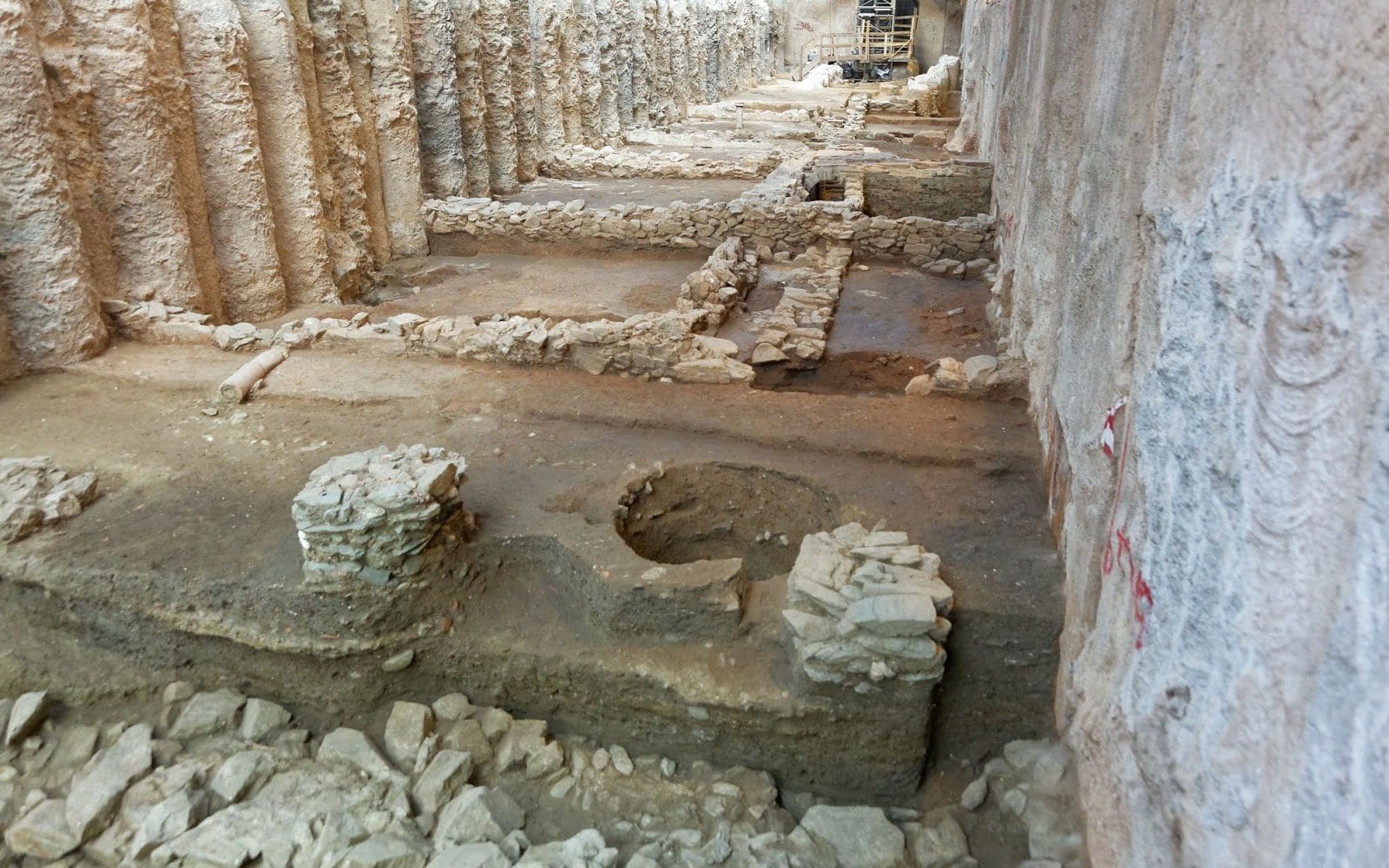 The construction of a metro network beneath the Greek city of Thessaloniki has unearthed an extraordinary treasure trove of ancient artefacts, from gold wreaths and rings to statues of the goddess Aphrodite.

The progress of the metro system has been delayed because of the sheer number of items that have been found beneath the streets of Greece’s second city.

Archeologists have dug up more than 300,000 artefacts, from coins and jewellery to marble statues, amphorae, oil lamps and perfume vases.

They were found in what would have been the thriving commercial centre of the ancient city, which was the second most important conurbation in the Byzantine Empire after Constantinople.

During the construction of the metro network, archeologists found a stone-paved road, the Decumanus Maximus, which would have run through the heart of Thessaloniki in the sixth century AD, as well as the remains of villas, shops, workshops and an early Christian church.

More than 5,000 tombs and graves were uncovered, some of them containing exquisite golden wreaths. 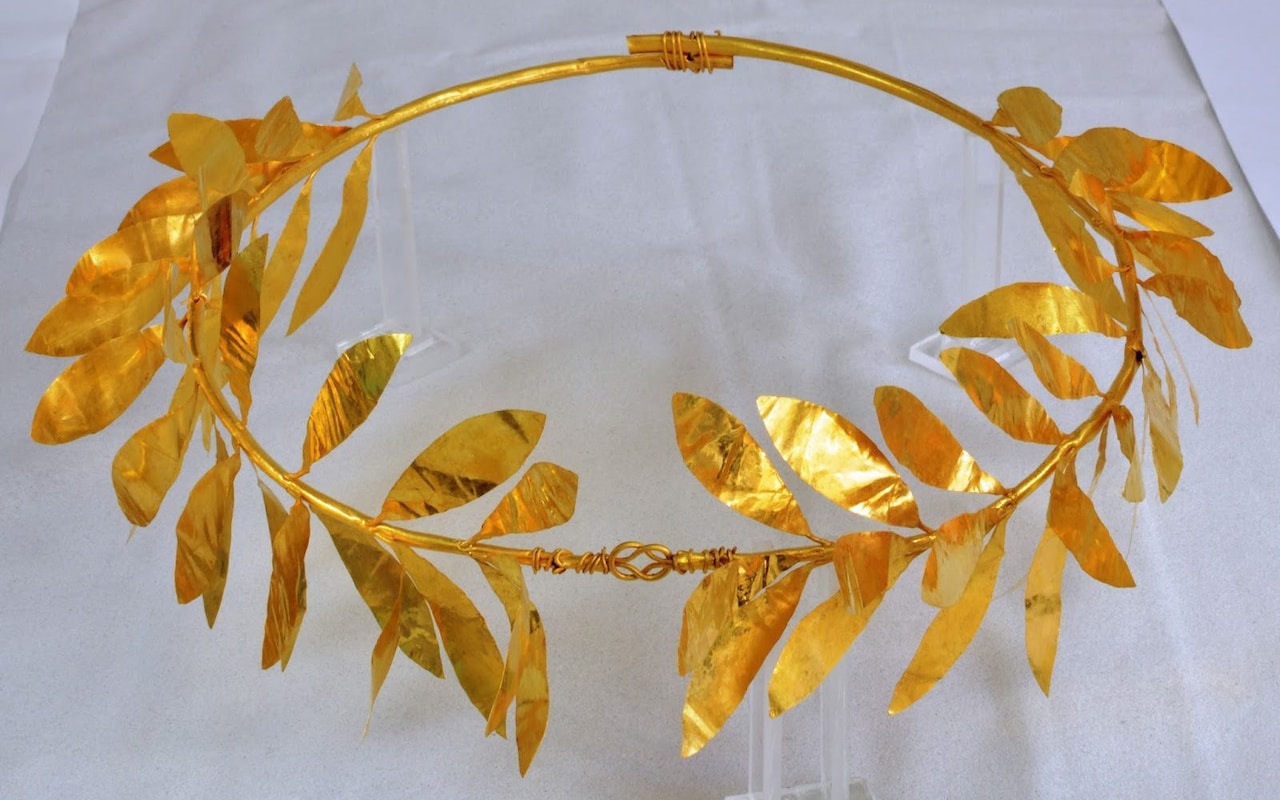 Gold crown from a burial dating to the late 4th - early 3rd century. BC found at Syntrivani Station, Thessaloniki 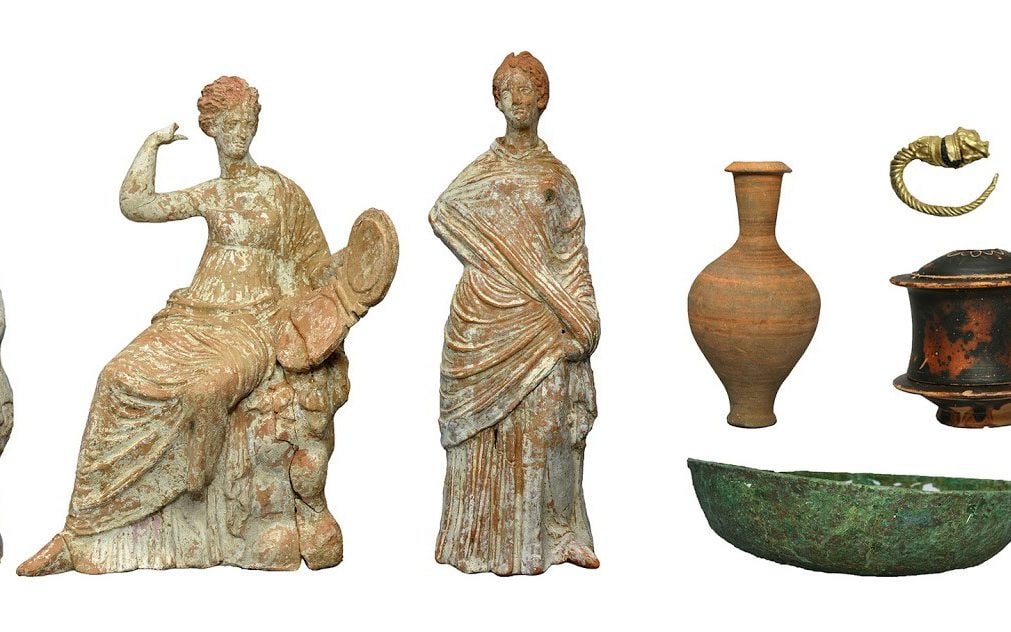 History of the Jews in Thessaloniki

The history of the Jews of Thessaloniki (Greece) reaches back two thousand years.

The city of Thessaloniki (also known as Salonika) housed a major Jewish community, mostly Eastern Sephardim, until the middle of the Second World War. It is the only known example of a city of this size in the Jewish diaspora that retained a Jewish majority for centuries.

Sephardic Jews immigrated to the city following their expulsion from Spain by Christian rulers under the Alhambra Decree in 1492. This community influenced the Sephardic world both culturally and economically, and the city was nicknamed la madre de Israel (mother of Israel). The community experienced a "golden age" in the 16th century, when they developed a strong culture in the city. Like other groups in the Ottoman Empire, they continued to practice traditional culture during the time when western Europe was undergoing industrialization.

Generally, Jews who emigrated adopted the language of their new country, but this was not true of the Sepharadim of the Ottoman Empire, who arrived en masse, and retained the use of their language. The Jews of Salonika thus are known to have used Spanish, the Judeo-Spanish (djudezmo), that is neither more nor less than a dialect of Spanish having evolved independently since the 15th century.

Fuckin' trash. I can find better stuff at almost any yard sale.
"It is not I who is mad! It is I who is crazy!" -- Ren Hoek

People are shitting themselves to death
Crap so much they fail to take a breath
But even when their kids are starvin'
They thought Trump would throw them Charmin.
Top
2 posts • Page 1 of 1