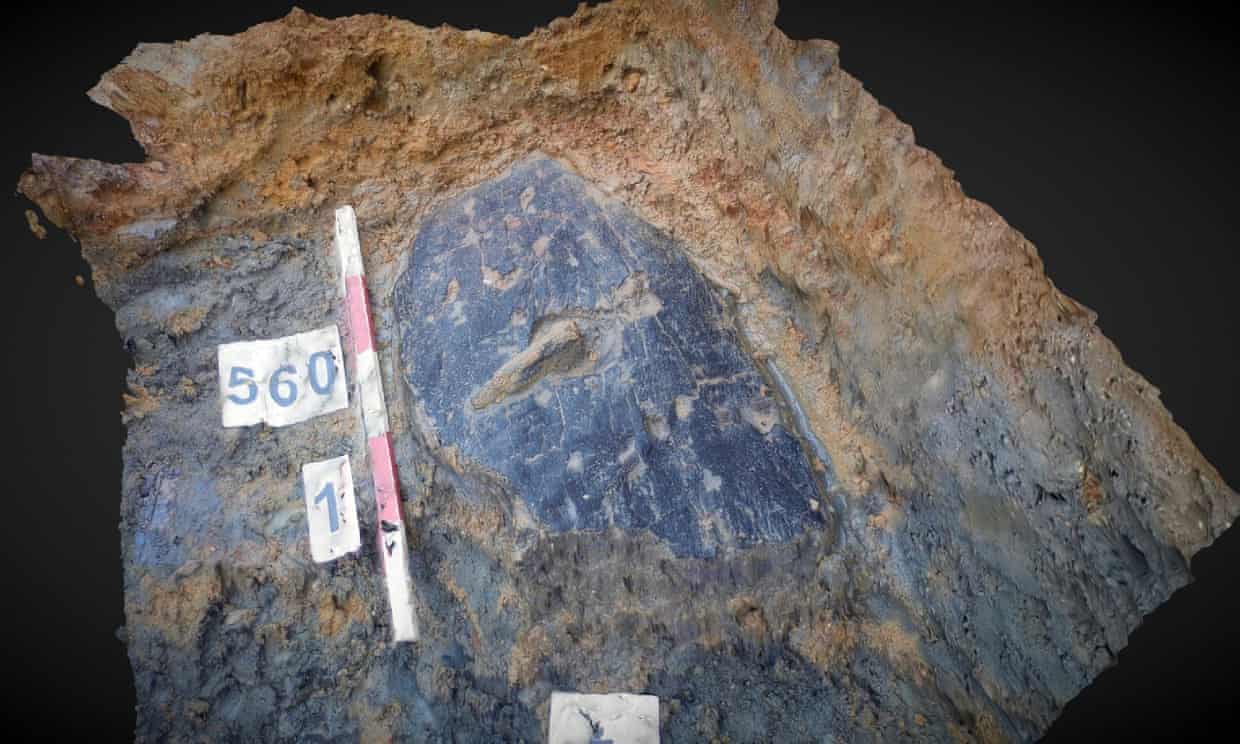 An “astonishing and unparalleled” 2,300-year-old shield made of tree bark has been discovered in Leicestershire, the only example of its kind ever found in Europe.

Archaeologists say the discovery of the shield, made between 395 and 250BC, has completely overturned assumptions about the weapons used in the iron age, sparking breathless reactions among experts of the period.

“This is an absolutely phenomenal object, one of the most marvellous, internationally important finds that I have encountered in my career,” said Julia Farley, curator of British and European iron age collections at the British Museum.

“So often it is gold which grabs the headlines, but this bark shield is much rarer.”

The shield was discovered in 2015 by archaeologists from the University of Leicester Archaeological Service in a site close to the River Soar. Organic objects from the period very rarely survive, but the shield was preserved in waterlogged soil and may have been deposited in a water-filled pit, according to Matt Beamish, the lead archaeologist for the service.

Bark shields of the period were entirely unknown in the northern hemisphere, he told the Guardian, and the assumption was that the material may have been too flimsy for use in war. However experiments to remake the weapon in alder and willow showed the 3mm-thick [sic] shield would have been tough enough for battle but incredibly light.

It was likely that, contrary to assumptions, similar weapons were widespread, Beamish said.

The shield is made from green bark that has been stiffened with internal wooden laths, described by Beamish as “like a whalebone corset of split hardwood”, and surrounded by a rim of hazel, with a twisted willow boss. “This is a lost technology. It has not been seen before as far as we are aware, but presumably it is a technique that was used in many ways for making bark items.”

The malleable green wood would then tighten as it dried, giving the shield its strength and forming the rounded rectangles into a slightly “waisted” shape, like a subtle figure of eight.

Along with the bark shield, warriors of the period were also known to defend themselves with the leaf codpiece.