Long article, with lots of links, so I'll copy only the first paragraphs and you'll click the link if interested:


Archaeological discoveries are happening faster than ever before, helping refine the human story

The Taung Child, our first encounter with an ancient group of proto-humans or hominins called australopithecines, was a turning point in the study of human evolution. This discovery shifted the focus of human origins research from Europe and Asia onto Africa, setting the stage for the last century of research on the continent and into its “Cradles of Humankind.”

Few people back then would’ve been able to predict what scientists know about evolution today, and now the pace of discovery is faster than ever. Even since the turn of the 21st century, human origins textbooks have been rewritten over and over again. Just 20 years ago, no one could have imagined what scientists know two decades later about humanity’s deep past, let alone how much knowledge could be extracted from a thimble of dirt, a scrape of dental plaque or satellites in space.

Link: https://twitter.com/NatGeo/status/1317528064587370498
The flash of light you saw in the sky was not a UFO. Swamp gas from a weather balloon was trapped in a thermal pocket and reflected the light from Venus.
Top

Mom and baby are not dressed for the weather. The mammoths don't seem to be bothered by the close presence of their only natural enemy.
Top

Rob Lister wrote: ↑Mon Nov 02, 2020 9:06 am The mammoths don't seem to be bothered by the close presence of their only natural enemy.

The different groups of saber-toothed cats evolved their saber-toothed characteristics entirely independently. They are most known for having maxillary canines which extended down from the mouth even when the mouth was closed. Saber-toothed cats were generally more robust than today's cats and were quite bear-like in build. They were believed to be excellent hunters and hunted animals such as sloths, mammoths, and other large prey. Evidence from the numbers found at La Brea Tar Pits suggests that Smilodon, like modern lions, was a social carnivore. 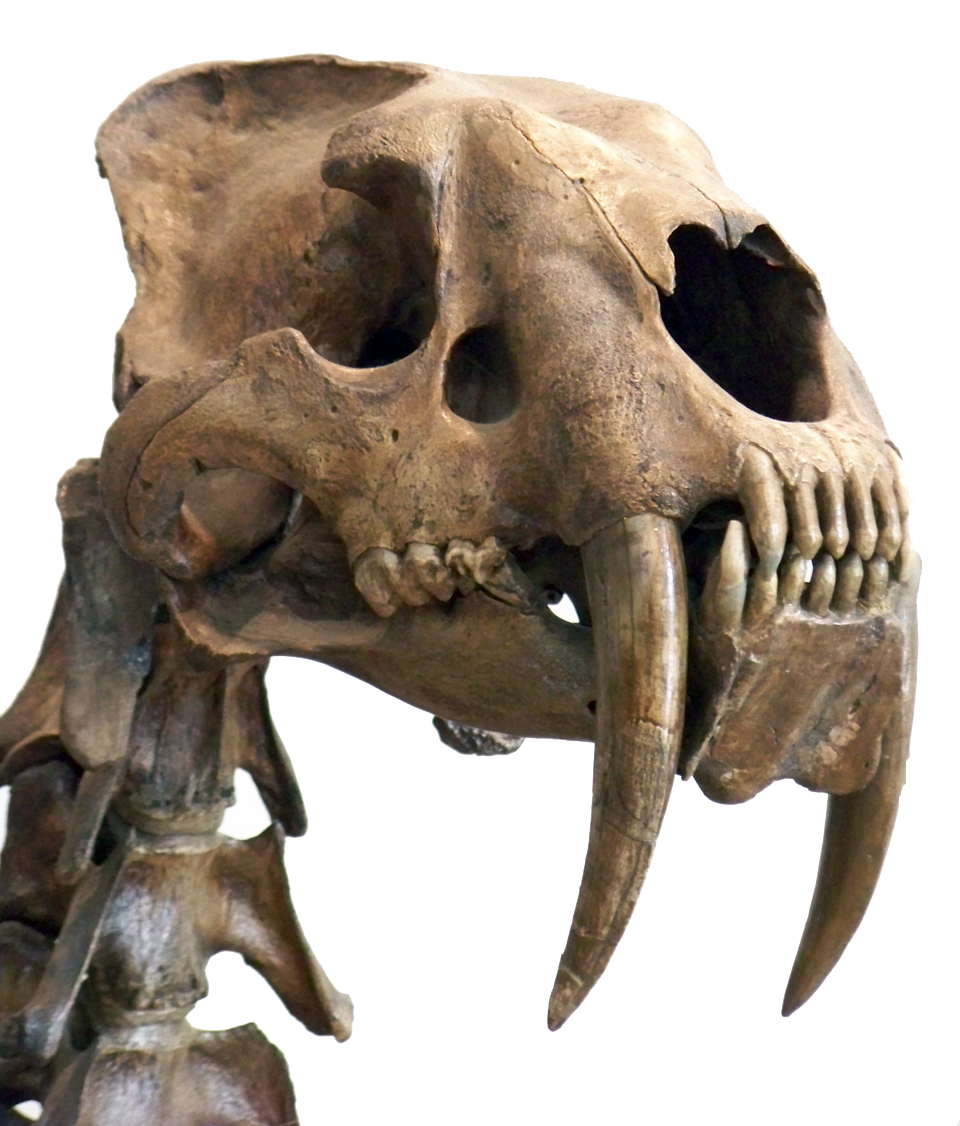 There are much older tracks:

Laetoli is a site in Tanzania, dated to the Plio-Pleistocene and famous for its hominin footprints, preserved in volcanic ash. The site of the Laetoli footprints (Site G) is located 45 km south of Olduvai gorge. The location and tracks were discovered by archaeologist Mary Leakey and her team in 1976, and were excavated by 1978. Based on analysis of the footfall impressions "The Laetoli Footprints" provided convincing evidence for the theory of bipedalism in Pliocene hominins and received significant recognition by scientists and the public. Since 1998, paleontological expeditions have continued under the leadership of Amandus Kwekason of the National Museum of Tanzania and Terry Harrison of New York University, leading to the recovery of more than a dozen new hominin finds,[1] as well as a comprehensive reconstruction of the paleoecology.[2]

Dated to 3.7 million years ago, they were the oldest known evidence of hominin bipedalism at that time. Subsequently, older Ardipithecus ramidus fossils were found with features that suggest bipedalism. With the footprints there were other discoveries excavated at Laetoli including hominin and animal skeletal remains. Analysis of the footprints and skeletal structure showed clear evidence that bipedalism preceded enlarged brains in hominins. At a species level, the identity of the hominins who made the trace is difficult to construe precisely; Australopithecus afarensis is the species most commonly proposed.

Replica of Laetoli footprints, exhibit in the National Museum of Nature and Science, Tokyo, Japan