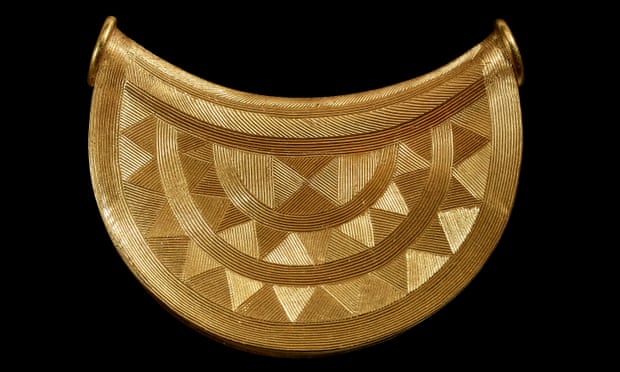 The British Museum has acquired a shimmering 3,000-year-old gold sun pendant heralded as one of the most important bronze age finds of the last century.

The astonishingly well-preserved pendant, or bulla, was discovered by a metal detector enthusiast in Shropshire in 2018.

Neil Wilkin, the museum’s bronze age curator, recalled dropping everything when he first saw it. “I was absolutely flabbergasted, I couldn’t believe my eyes,” he said. “To me it is the most important object from this period, the first age of metal, that has come up in about 100 years.”

The pendant has been purchased for £250,000 using money from the Art Fund and the American Friends of the British Museum.

Wilkin said it could easily pass as a glorious example of art deco jewellery from the 1930s. In reality it was made by someone who was clearly skilled in their craft around 1,000-800BC. “The skill and care with which it has been put together is remarkable,” he said. “It is just exquisite.” 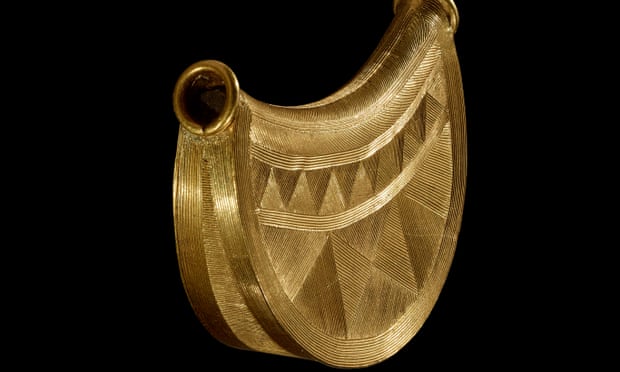 The pendant, 3.6cm by 4.7cm, is the second one ever found in Britain. The first was discovered during canal digging in Manchester in 1722 and was assumed by many experts to be Roman, because of its quality. It was last recorded in 1806 before disappearing from sight.

Could it still be out there? “It is possible,” said Wilkin. “To find it would be astonishing but in some ways it wouldn’t surprise me. The weight of it means you wouldn’t necessarily think of melting it down for bullion. I do have a sneaking suspicion it is out there somewhere, just misunderstood or mislabelled.”