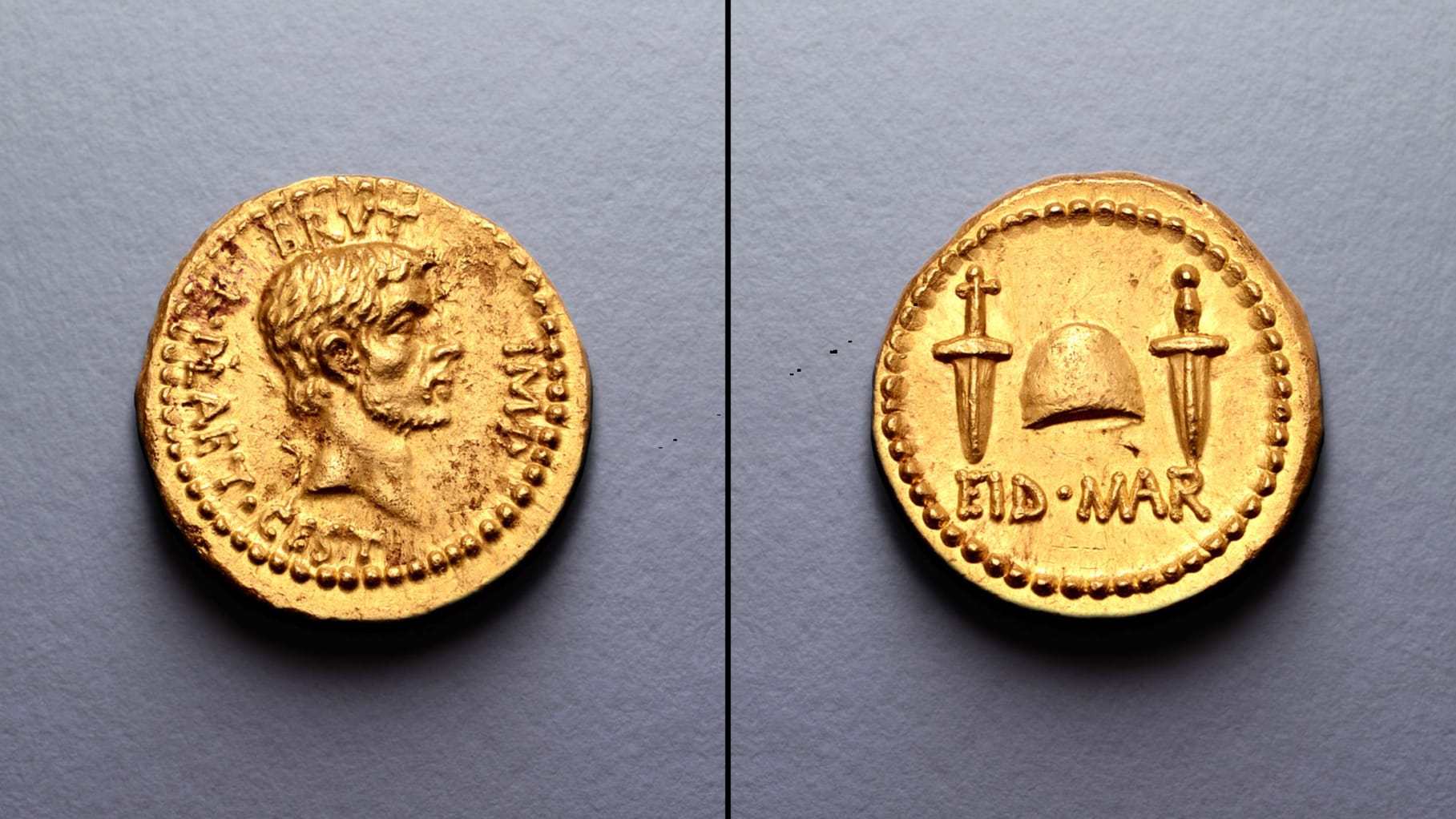 An ancient gold coin described as a "naked and shameless celebration" of the assassination of Julius Caesar, featuring a portrait of one of the men who killed him, has set a new record for a coin sold at auction.
Bought by an anonymous bidder for £2.7 million ($3.5 million), the "aureus" coin features a portrait of Marcus Junius Brutus -- one of the ringleaders in the assassination of Caesar in 44 BC.

It also depicts the daggers used by Brutus and his co-conspirator Cassius to slay the ancient general in the Theater of Pompey in Rome, and a cap of Liberty -- a symbolic garment given to slaves upon their freedom.
It is inscribed with the phrase "Eid Mar" -- the Ides of March -- a reference to March 15, the date of Caesar's death.
The coin was issued by Brutus two years after the assassination, in 42 BC.
"In an act of unparalleled braggadocio, we are at once presented with the murder weapons used to slay Caesar, the precise date of the deed, and the motive," Richard Beale, managing director of Roma Numismatics, the London auction house that sold the coin, wrote in a press release, describing the aureus as a "naked and shameless celebration" of the assassination.
Caesar's death is said to have been fueled by the belief among Roman politicians that he intended to make himself king.
Having been appointed "dictator perpetuo" -- dictator for life -- just two months earlier, Caesar was killed by a group of senators, including friends and people whom he had previously pardoned.

"...Killed by senators..."
Heh...if only...
... The stars were suns, but so far away they were just little points of light ... The scale of the universe suddenly opened up to me. It was a kind of religious experience. There was a magnificence to it, a grandeur, a scale which has never left me. Never ever left me.
Carl Sagan
Top

I wonder how they know it's genuine. If true, I can understand that it would be worth a lot.
A fool thinks himself to be wise, but a wise man knows himself to be a fool.
William Shakespeare
Top

Although some 100 silver EID MAR coins have been recovered, the sample analyzed by NGC is one of only three gold versions known to exist. One is owned by Deutsche Bundesbank, and the other is on loan from a private collector to the British Museum. 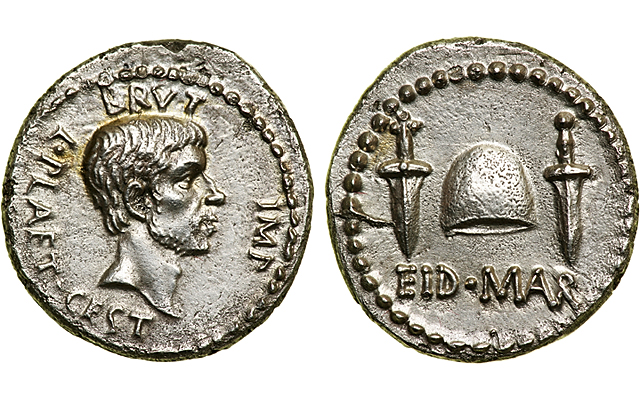 From a year ago: 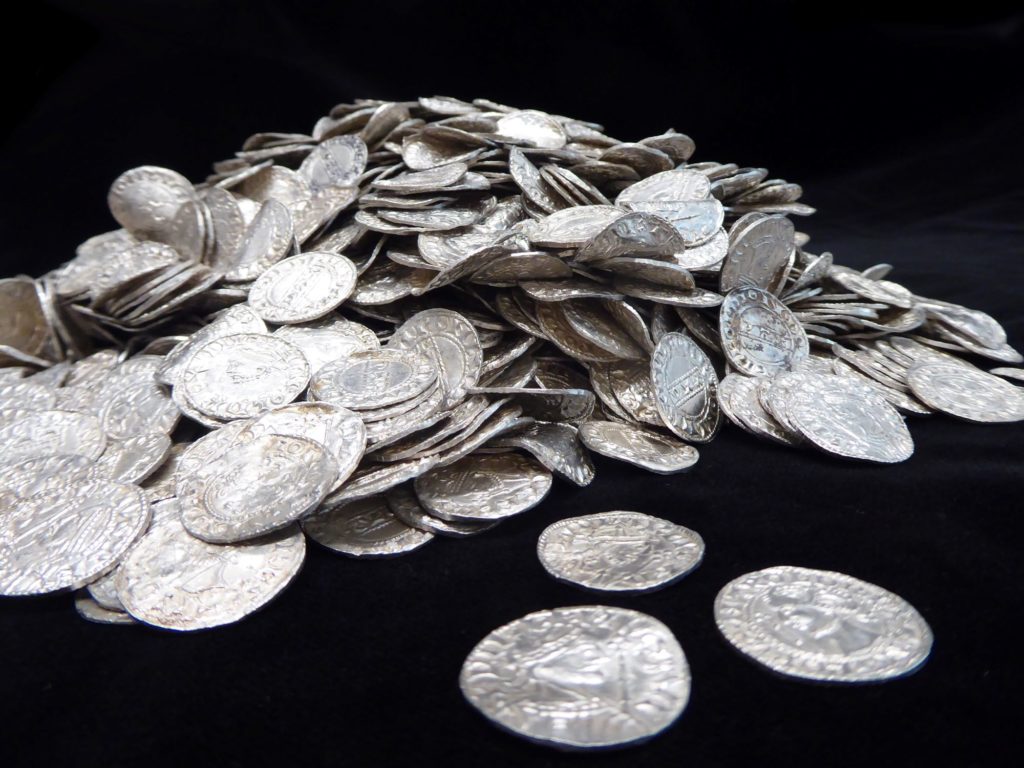 A pair of metal detectorists made the discovery of a lifetime when they unearthed a hoard of ancient coins worth around $6 million in a field in Somerset, in the West of England. The historic find, believed to be one of the biggest ever treasure troves uncovered in the UK, is due to be unveiled at the British Museum tomorrow.

Treasure hunters Adam Staples and Lisa Grace unearthed the 2,571 Anglo-Saxon and Norman coins in January when they were searching farmland with their trusty metal detectors.

A coin expert at the London auctioneers Dix Noonan Webb has valued the coins at around £5 million ($6 million). They include mint-condition silver King Harold II pennies, coins from the reign of William the Conqueror, which could be worth as much as £5,000 ($6,000) each, as well as pieces minted by previously-unknown moneyers.

The King Harold II coins are particularly rare due to his short reign. The last Anglo-Saxon king was on the throne for just nine months before he died during the Battle of Hastings in 1066. The expert said that the hoard may prove too pricey for museums, which might have to launch an appeal for sponsors to raise funds to acquire them.

The coins would have belonged to a wealthy person who probably buried them for safekeeping at some point after the Norman Invasion of 1066 and probably before 1072.

The biggest collection of buried treasure ever discovered in the UK was the Staffordshire Hoard of Anglo-Saxon gold and silver metalwork, but this latest find could worth $1 million more, and have as great or even more historic value. 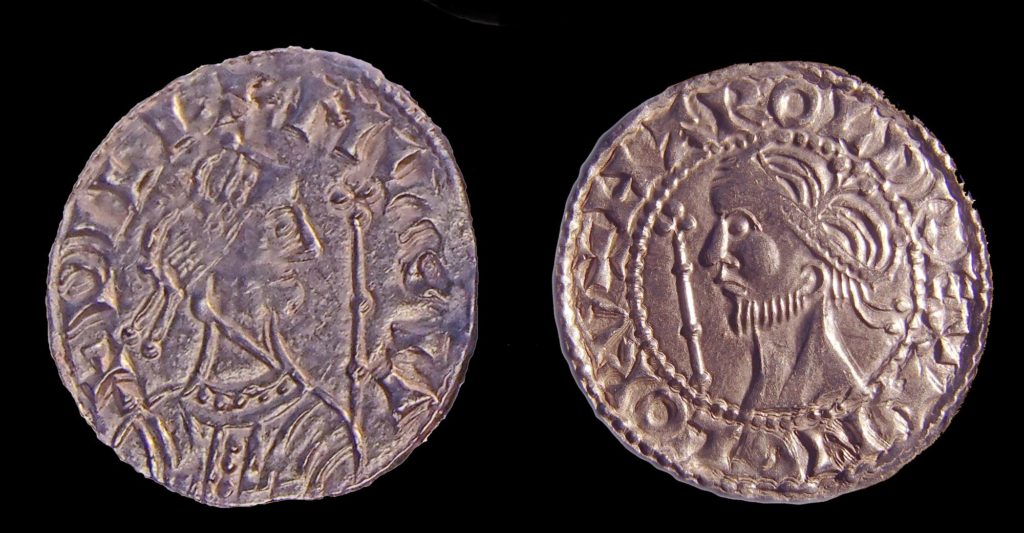 William the Conqueror (left) and Harold II coins. Photo by Pippa Pearce. Copyright the Trustees of the British Museum.