“Spain faces a critical situation, a true emergency for our future,” Cardinal Antonio Cañizares Llovera of Valencia told Catholics in a pastoral letter. He asked that special prayers and Masses be said in Spain “as long as this uncertain future remains unclarified.”

The letter, dated January 4, was circulated just before Prime Minister Pedro Sanchez formally took office at the head of a coalition government, the first since Spain’s 1978 restoration of democracy. Sanchez had been caretaker prime minister since early 2019.

Cardinal Cañizares said his warnings were not “rhetoric or sterile drama,” but a call for the church to “testify to Christ in words and deeds” and help “build a new mentality and a new Spain.”

Another archbishop said he was asking Mary to “save Spain.”

Hey! At least he's asking Mary and not some generalissimo.

By making such assumptions you are betraying your hetero-normative patriarchal whoosis.
Wenn ich Kultur höre, entsichere ich meinen Browning!
My indifference is boundless

Dioceses are aggressively moving and reclassifying holdings to shrink the value of their bankruptcy estates.

Ownership of these churches in the Archdiocese of Santa Fe was transferred to the parishes. As a result, the churches are excluded from the bankruptcy estate available to clergy abuse victims.
Photographer: William LeGoullon for Bloomberg Businessweek

For most of the 20th century, the Catholic Church in the U.S. minimized the damage wrought by pedophile priests by covering up the abuse. When the bishop of the Davenport, Iowa, diocese was told in the mid-1950s that one of his priests was sexually abusing boys at a local YMCA, he kept it secret. “It is consoling to know that no general notoriety has arisen, and I pray none may result,” he wrote to a priest, capturing the strategy of the era.

C
Another benefit is secrecy. Lawsuits and trials lead to testimony and publicity. Bankruptcy ensures a quieter mass settlement that forces an end to existing lawsuits and blocks new ones. “It provides a clean slate,” says Robert Kugler, a lawyer who represented abuse victims in the St. Paul and Minneapolis archdiocese. Dioceses have gone this route more than 20 times since 2004, when the Archdiocese of Portland, Ore., declared itself insolvent.

I was hoping they would be sued into the stone age.

And how can they get away with that?
Wenn ich Kultur höre, entsichere ich meinen Browning!
My indifference is boundless

I'd like to know too – but you're the Murican.
Top

For varying values of "getting away with"?

Israeli police have arrested a rabbi who is suspected of holding around 50 women and children in conditions of slavery.

The arrest follows a raid on a complex in Jerusalem, where the alleged victims are believed to have been kept isolated from their families.

The women had been punished in various ways and had money stolen from them, police said.

The suspect, in his 60s, has denied doing anything wrong.

He was detained in an ultra-Orthodox district in central Jerusalem on suspicion of running a "closed community" where women and children "worked under conditions of slavery", police said in a statement.

He and eight female accomplices are suspected of isolating the women in a residential complex, along with children up to the age of five, it added.

"We know that the women and children were there for several months inside the home," police spokesman Micky Rosenfeld is quoted as saying by the Associated Press. "We know that he took their money away from them and was holding them against their will." 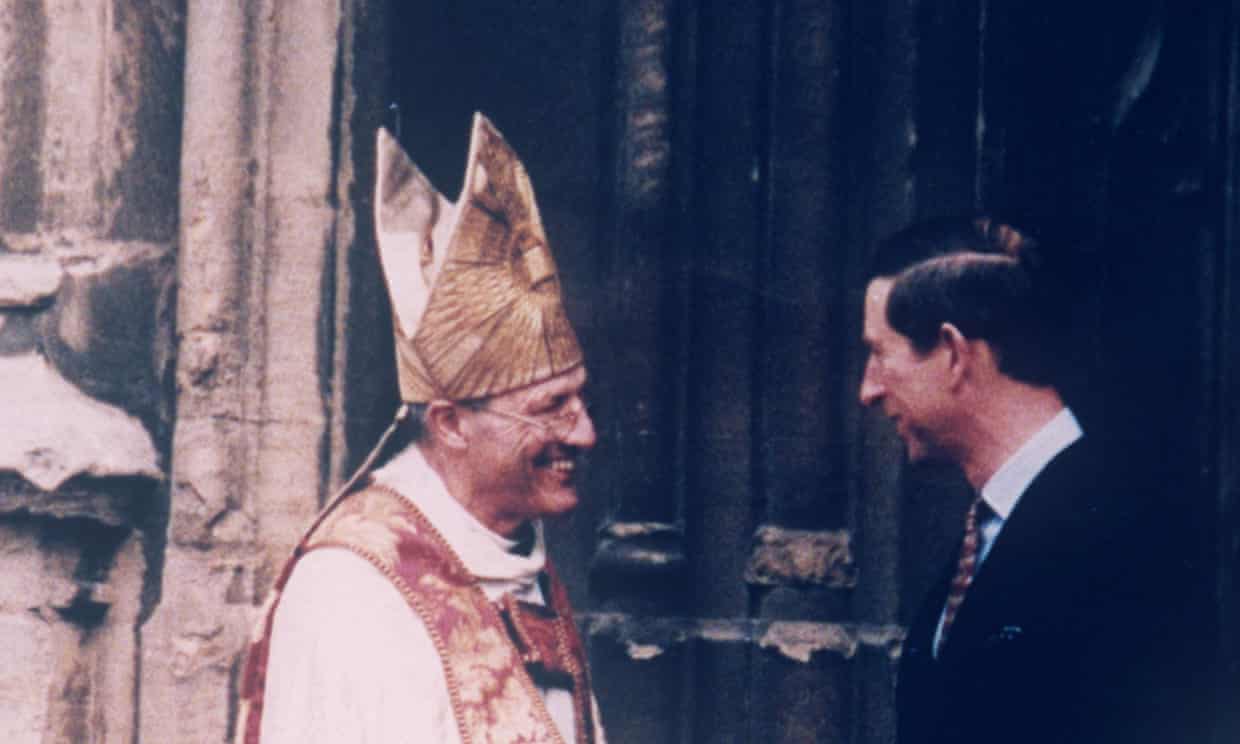 The disgraced paedophile bishop Peter Ball made himself apparently “impregnable” by cultivating friendships with Prince Charles and other senior establishment figures who later rushed to support him when he was accused of sexual abuse, according to a BBC documentary.

Ball, the former bishop of both Lewes and Gloucester who died last year, boasted of his role as “counsellor to royalty”, Cliff James, one of his victims, says in the programme. He cultivated friendships with Margaret Thatcher, peers of the realm, senior judges and headmasters of leading public schools.

The former bishop was investigated by police in the early 1990s, which resulted in a police caution. In 2015, he was convicted of sexual offences against 17 teenagers and young men and jailed for 32 months. He was released in February 2017 after serving half his sentence.

The second episode of the BBC’s two-part documentary, to be broadcast on Tuesday evening, draws on the testimonies of survivors and material and evidence given to the independent inquiry into child sexual abuse (IICSA), which conducted a case study into how the Church of England handled allegations against Ball.

James said Ball boasted of his connections. “He kept mentioning his friendship with Prince Charles in a flippant way, [as] anyone would talk about a friend – but he’s talking about Prince Charles,” he said.

How can they be so mean to the Royal Family™? 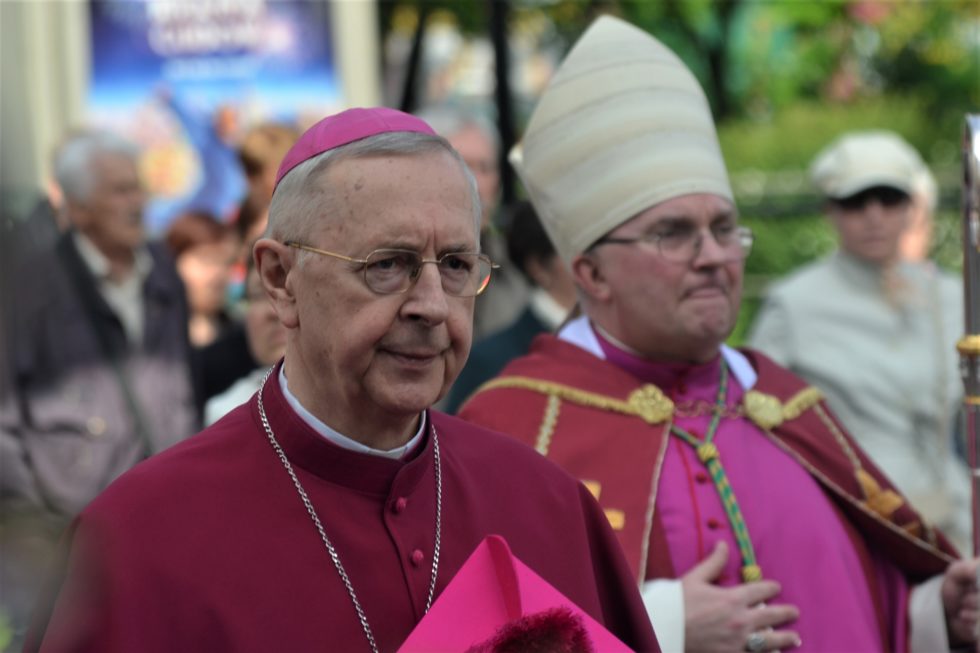 A former priest accused of molesting and raping an altar boy under his care was re-employed in the Poznań diocese, according to Gazeta Wyborcza.

Local priests, including Archbishop of Poznań Stanisław Gądecki – who is also the head of the Polish Episcopal Conference, the central organ of the Catholic church in Poland – have also failed to assist the investigation into accusations, reports the newspaper.

Last month, the former priest, known as Krzysztof G. for legal reasons, was officially charged with sexual abuse of Szymon Bączkowski on at least several dozen occasions between 2001 and 2013, starting from when the boy was in his early teens.

Krzysztof G. is accused of leading the boy into the woods, plying him with alcohol, hitting him and raping him. The prosecution claims that he initially exploited his power over the altar boy, and in later years his financial difficulties and ensuing drinking problems.

Krzysztof G. was removed from the priesthood in October 2018 after being found guilty by an internal church investigation, reports TVN24. At the time, the Poznań diocese heralded the step as a model reaction to sex-abuse accusations and an example of the church’s efforts to purge itself of the problem.

But just one month later, the former priest was employed by Archbishop Gądecki as an archivist. This came to light when the prosecutor’s office asked him to give his workplace.

According to diocese spokesman Maciej Szczepaniak, this employment was only intended as short-term assistance to the former priest while he searched for another job. Yet Krzysztof G. continued to work for the diocese for over a year.

"When two sleep together, they warm one another; but how will one alone get warm?"

NEW YORK (AP) — The Vatican has ordered an investigation of a sexual abuse allegation against a Brooklyn bishop who was previously named by Pope Francis to investigate the church’s response to clergy sexual abuse in Buffalo.

The Archdiocese of New York says Cardinal Timothy Dolan received instructions on Jan. 7 to begin an investigation of allegations that Bishop Nicholas DiMarzio molested a child while he was a priest in New Jersey in the mid-1970s.

DiMarzio has denied the allegation. An attorney notified church officials in November that he was preparing a lawsuit on behalf of the alleged victim.