Hot topics in delusion and rationalization.
10 posts • Page 1 of 1

Are converts still considered infidels?
Nineteen tequilas later, we had a deal.
You are my density. (G. McFly)
As my daddy always said, always check the fine print for penectomies. (punchdrunk)
Opinions aren't like assholes, because I don't know anyone with a million assholes.
Bettie Page set the standard for fetish models. (selwynator12/5/2008 5:34:37 PM)
Rugby players eat their dead.
Top

IIRC infidel means something like 'not of the (islamic) faith', so, no.


Abdul Alhazred wrote:Question for people in Britain: Is this story at all credible?

I guess it's possible. I don't have access to the statistics but I'd like to see a lot more evidence before I accept it.
Offhand I can think of Cat Stevens and Jemima Khan (nee Goldsmith).
A muslim friend of mine who attends one of the larger mosques, close to the City (financial district) of London (Mile End Mosque) says taht it is very rare to see any caucasian members in there, and hasn't seen any this year.
Rat
Top

Here's the vanguard of the movement -- 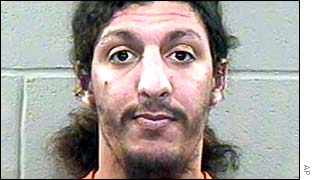 Re: Britain's Elites Converting to Islam

Abdul Alhazred wrote:Question for people in Britain: Is this story at all credible?


According to a report by IslamOnLine, an Islamic website,
14,000 of England’s ‘elite’ have already converted to Islam,
with more on the way.

The report cites ‘the first authoritative study of the
phenomenon’ carried out by the Sunday Times on February
22, reporting that “some of Britain’s top landowners,
celebrities and the offspring of senior establishment
figures” have converted to Islam in recent years.

The Times study was carried out by Yahya (formerly
Jonathan) Birt, himself a Muslim convert, who is the son of
Lord Birt, the former director-general of the BBC. He used a
breakdown of the latest census figures to conclude that
there is a major migration from Christianity to Islam taking
place in England, with 14,200 converts to date.

Right. Being a brit I shall comment. This is my take on it.

1/ 14,200 of the Elite (elite what?) have converted to islam? No. The elite probably does not even number 14,200 in it's entirety. I would suggest this encapsualtes the population in total.

3/ Of those three mentioned - (IOL names 5) I've not heard of any of them. So they can't be that elite can they?

Right - lets look at the text.

Islam on-line says "*Most* of the 14,000 are elite and makes an emphasis of the colour of the converts." Also the article also makes no mention of how many Muslims have abandoned their religion by way of a comparison.

There are 1.6 million Muslims in the UK. Do the "convert" math in comparison with a UK non-muslim population of 60 million.)

So INN has misquoted and IOL has no idea of the actual figures and who they are but makes a point of saying they are white.

The most famous convert in the UK was Jemima Khan who converted to Islam *as a necessity* before her Marriage to former Pakistan Cricket Captain and now politician Imran Khan. The marriage has now ended and she has pretty much since said that Islam is oppressive bog-roll.
Top

When they converted, did they have to get circumcised? Let me give you a tip, it's not painless.
Top

Jeff wrote:When they converted, did they have to get circumcised? Let me give you a tip, it's not painless.

I do hope that was an intentional fruedian slip.
Top

Jeff wrote:When they converted, did they have to get circumcised?