On Christians Spreading Corona Conspiracies: Gullibility is not a Spiritual Gift

As followers of Jesus, we are people of the truth. Falling for (and spreading) conspiracy theories does not honor the Lord, but it does cause people to question our judgement.

The current global pandemic has created a bumper crop of conspiracy theories.

Sadly, Christians seem to be disproportionately fooled by conspiracy theories. I’ve also said before that when Christians spread lies, they need to repent of those lies. Sharing fake news makes us look foolish and harms our witness.

We saw this in the last election when some of the troll factories focused on conservative, evangelical Christians. Here we go again.

First, we need to speak up— particularly to those fooled yet again— and lovingly say, "You need to go to trusted sources." Social media news feeds are not a trusted source. That's why we created coronavirusandthechurch.com, to provide credible information for pastors. But, there are plenty of credible news sources— generally from outlets that do not have a track record of conspiracy peddling.

Second, God has not called us to be easily fooled. Gullibility is not a Christian virtue. Believing and sharing conspiracies does not honor the Lord. It may make you feel better, like you are in the know, but it can end up harming others and it can hurt your witness.

Starting to question your sources – seems like a slippery slope when you believe in a Book™.

Former Pope Benedict XVI has launched an attack on LGBT+ people for a new book. 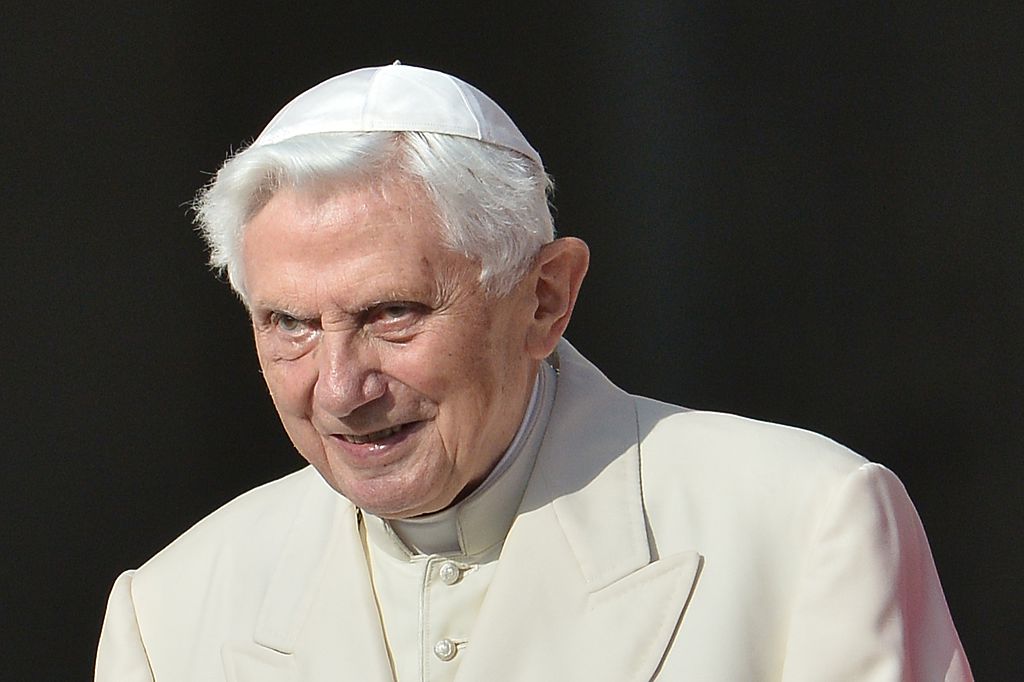 According to Italian outlet Corriere Della Sera, the 93-year-old Pope emeritus – who became Pope in 2005 but stood aside for Pope Francis in 2013 – gave a rare interview to Peter Seewald for the publication of a new biography.

In it, the ex-Pope vents about gay weddings and society’s treatment of homophobes.

He rages: “100 years ago, everybody would have considered it to be absurd to speak of a homosexual marriage. Today, one is being excommunicated by society if one opposes it.”

Also condemning “the creation of human beings in the laboratory”, Pope Benedict added: “Modern society is in the middle of formulating an anti-Christian creed, and if one opposes it, one is being punished by society with excommunication.

“The fear of this spiritual power of the Antichrist is then only more than natural, and it really needs the help of prayers on the part of an entire diocese and of the Universal Church in order to resist it.”

Rat fucker strikes again. Like Hillary, he should have stayed out of the lime light.
You can lead them to knowledge, but you can't make them think.
Top

There is a school of thought that Benny the Zinger is still the rightful Pope (and infallible when it comes to faith and morals), and Frankie is a Commie faggot usurper and not a real Pope at all.

Have you been surfing Iamthedarklord.com again AA?
You can lead them to knowledge, but you can't make them think.
Top

I should have noted: Not MY school of thought, wherein the concept of real-o true-lo Pope is not a thing.

But it could be important to near future RC church politics.

One good thing about covid-19 from a Christian perspective ...

Of course! It disproves the theory evolution even better than a banana.

The deep inconsistency of evolutionism, revealed amid the COVID-19 crisis
Creation ministries International


... As Christians, we can see the obvious logical evolutionist inconsistencies in the efforts being made to save human lives. ...

Synopsis: Because with evolution, nothing really matters, see? So the desire to save lives proves the whole mess starting with Adam.

"As Chreeeeeeeeeestians, we can see..."

Well, there's your problem right there.
You can lead them to knowledge, but you can't make them think.
Top

Since the COVID-19 pandemic became the central guiding fact in the day-to-day lives of nearly every person on the planet, scientists have been working towards creating a vaccine that will stop the virus in its tracks, allowing people to regain some normalcy without putting themselves and others at risk.

Now, with at least one vaccine entering human trials in the U.S. and more than one hundred others in development globally, some Christians are speculating: Is this vaccination plan a cover for a more sinister plot to usher in the Mark of the Beast?

It’s true to form for the same collection of ideologues and fanatics who’ve been fighting the reality of the pandemic every step of the way, from open defiance of social-distancing regulations to court challenges against quarantine orders to the peddling and popularizing of bogus cures.

The Mark of the Beast is a concept from Revelation 13, the same chapter of the Bible that gave us such popular-culture touchstones as the Antichrist and the numerical significance of 666:

Then I saw a second beast, coming out of the earth. It had two horns like a lamb, but it spoke like a dragon… It also forced all people, great and small, rich and poor, free and slave, to receive a mark on their right hands or on their foreheads, so that they could not buy or sell unless they had the mark, which is the name of the beast or the number of its name.

Pre-coronavirus, people speculated about the nature of this mark; UPC barcodes or RFID microchips are just some of the more historically recent possibilities. Anything that smacked of surveillance or data tracking was a good candidate.

With so much uncertainty about COVID-19 going around, it’s probably not surprising that some people would channel that into an End Times conspiracy theory… though Bill Gates isn’t exactly who I’d cast in the role. Isn’t he supposed to have two horns like a lamb?

Early in the pandemic, right-wing pastor Curt Landry urged his followers to avoid any hypothetical future COVID-19 vaccinations, claiming such avoidance would protect them from receiving the Mark. And the late Louisiana pastor Robbie Hampton, not long before he succumbed to COVID-19, predicted a mandatory vaccine that would inject “some type of chip in you and maybe even have some mood, mind-altering substances.”

But it appears that Wiles was the first to pick the Gates connection. 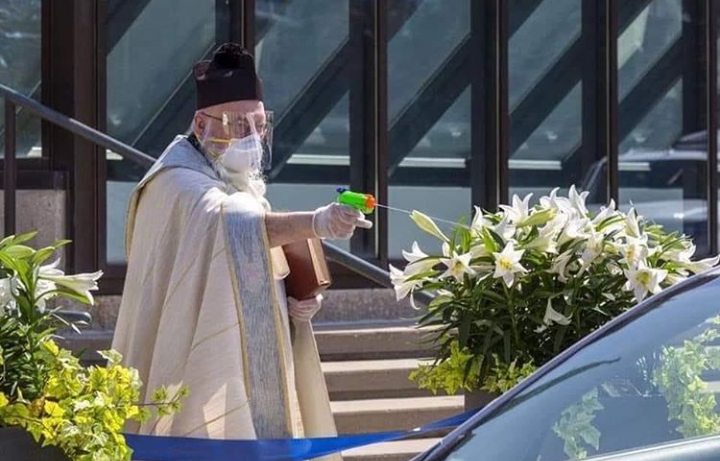 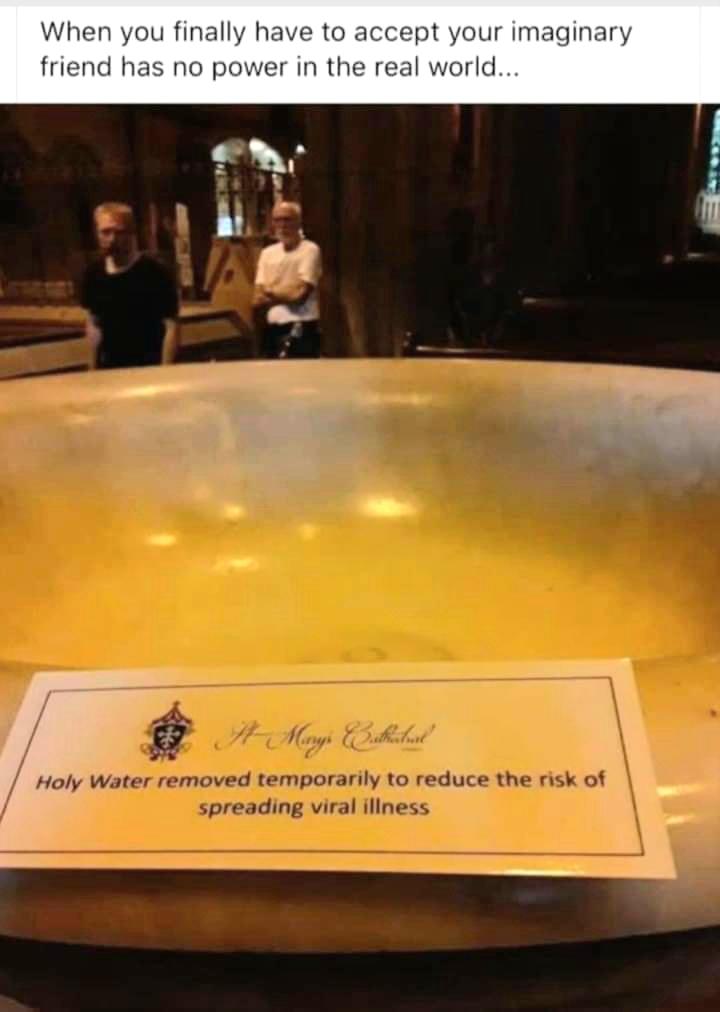 They could keep the holy water by heating it to about 120F. Hilarity shall ensue.
Top

They could keep the holy water by heating it to about 120F. Hilarity shall ensue.

No. That would make the Holiness evaporate out.

OTOH, folks could get baptized by taking a bath in regular water. Nothing in scripture about not using soap.
They might even speak to Jesus directly instead of his Mom.

But then they'd be Protestants and go to Hell. 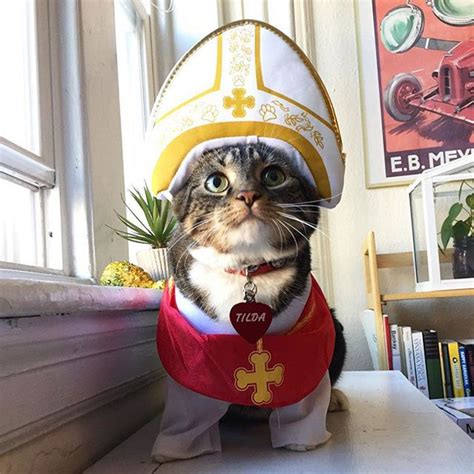 The Gilgamesh Dream Tablet was featured at the Washington, D.C., museum. The crafts chain bought it in 2014 for $1.6 million.

Federal authorities announced the forfeiture Monday of an ancient tablet inscribed with part of the Epic of Gilgamesh from a museum backed by the arts and crafts chain Hobby Lobby.

The piece, known as the Gilgamesh Dream Tablet, bearing a version of what's considered perhaps the world's oldest work of literature, was featured at the Museum of the Bible in Washington D.C. Hobby Lobby bought it in 2014 for $1.6 million from an auction house that was later found to have lied about its origins, federal prosecutors in the Eastern District of New York said.

Hobby Lobby, based in Oklahoma, was fined $3 million in 2017 after federal authorities said it bought thousands of artifacts that had been smuggled out of Iraq for the museum. The company opened the $500 million museum in November 2017.

The museum's chairman, Steve Green, is the president of Hobby Lobby, which won a Supreme Court case in 2014 over the Affordable Care Act's birth control requirements.

Court documents filed Monday assert that the cuneiform tablet — one of 12 inscribed with the Gilgamesh tale — was discovered in 1853 in Assyrian ruins in northern Iraq.

The documents say Hobby Lobby bought it from an unidentified auction house, which told the company the piece was acquired in San Francisco "well before" 1981. However, the tablet was, in fact, purchased by an unidentified antiquities dealer in 2003 from the family of the former head of the Jordanian Antiquities Association, The New York Times reported.

I think Steven Colbert beat me to it but a SuperSoaker would be more efficient.

(Fid imagines Church based squirt gun fights.)
... The stars were suns, but so far away they were just little points of light ... The scale of the universe suddenly opened up to me. It was a kind of religious experience. There was a magnificence to it, a grandeur, a scale which has never left me. Never ever left me.
Carl Sagan
Top

My idea would be to convert cathedrals to swimming pools.

The sun shining through the stained glass, a bit of organ music…
Top 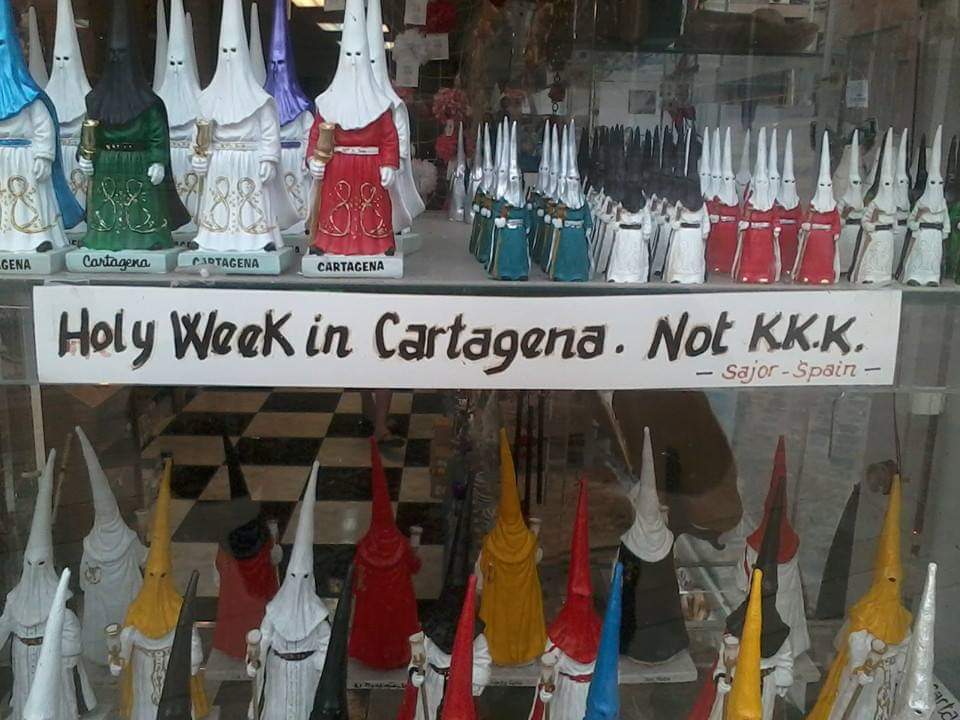