The last nation in Europe to be converted to Christianity at the end of the 14th century, many Lithuanians are still deeply attached to pagan customs.

Thousands celebrate Rasa each year and controversial moves are afoot in parliament to accord Romuva the legal status of a religion in the predominantly Catholic country.

"Our religion is based on historical sources, archaeological discoveries and traditional culture transmitted orally," Romuva high priestess Inija Trinkuniene tells AFP, as she presides over Rasa rite. [Ha! Ha!]
[…]
Suppressed by the Soviets after their occupation of Lithuania in 1940, Romuva and its Rasa feast was furtively revived in 1967 by ethnologist and dissident Jonas Trinkunas as a way to express Lithuanian national identity.

But by 1973 the nascent movement was driven deep underground after Soviet authorities cracked down on its leaders.

Romuva has attracted thousands since 1990 when Lithuania broke free from the crumbling Soviet Union. However, the only official figures cite some 5,118 followers and date back to the 2011 census.

Parliament is expected to formally recognise Romuva as a religious community later this year, giving pagan marriages and baptisms the same civil status as Christian, Jewish or Muslim ceremonies.

Ramunas Karbauskis, a farming tycoon and leader of Lithuania's governing Peasants and Green Union party, is widely regarded as having masterminded moves to accord Romuva legal status in this Baltic eurozone state.

Having won elections in 2016, his party's popularity was driven in part by his reputation for reviving ancient Baltic customs, most notably in his tiny home village of Naisiai. 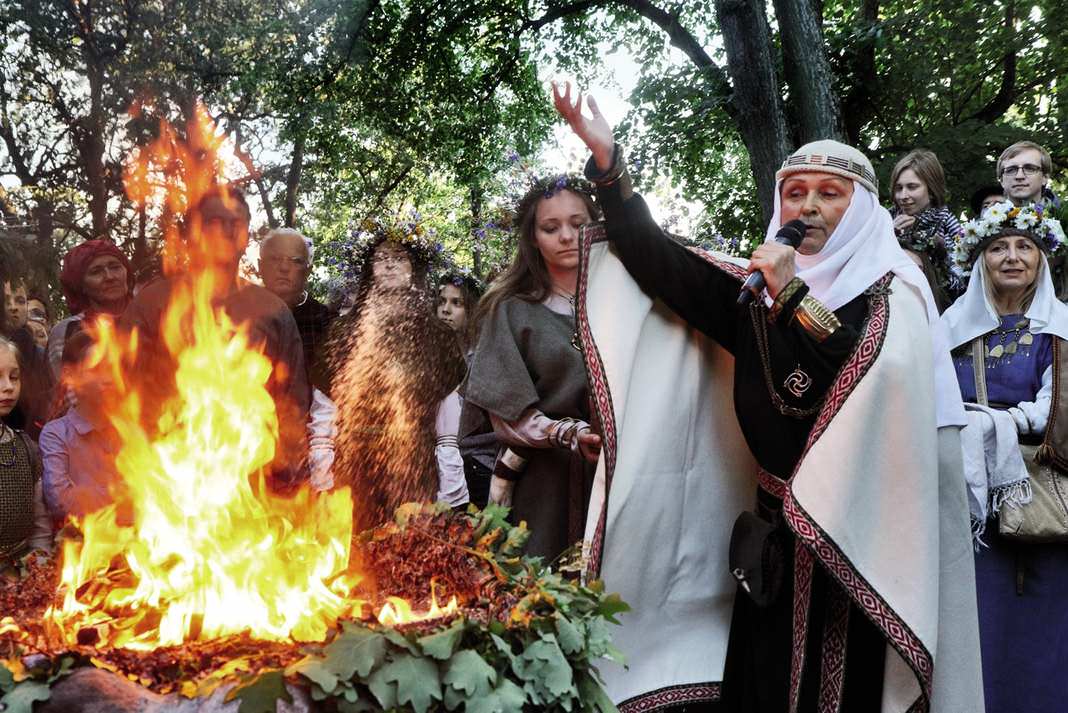 A genuine pagan comeback, not New Age posturing nor Aleister Crowley trolling from beyond the grave.

Well, it's no more dangerous and delusional than all the other religions nonsense.
You can lead them to knowledge, but you can't make them think.
Top

Wikipedia wrote:Raimonds Vējonis (Rájmonds Véjonis; born 15 June 1966) is the current President of Latvia, in office since 2015. He is a member of the Green Party, part of the Union of Greens and Farmers. He served as Minister of Environmental Protection and Regional Development in 2002 and in 2011 and as Minister of the Environment from 2003 to 2011, while the Ministry of Regional Development was a separate department. He became Minister of Defence of Latvia in 2014 and held that office until becoming President in 2015.
[…]
Personal life

Vējonis speaks fluent Russian and English in addition to Latvian, and is married and has two children. He is a pagan.