Hot topics in delusion and rationalization.
6 posts • Page 1 of 1

“Where is the graveyard of dead gods? What lingering mourner waters their mounds? There was a time when Jupiter was the king of the gods, and any man who doubted his puissance was ipso facto a barbarian and an ignoramus. But where in all the world is there a man who worships Jupiter today? And who of Huitzilopochtli? In one year - and it is no more than five hundred years ago - 50,000 youths and maidens were slain in sacrifice to him. Today, if he is remembered at all, it is only by some vagrant savage in the depths of the Mexican forest. Huitzilopochtli, like many other gods, had no human father; his mother was a virtuous widow; he was born of an apparently innocent flirtation that she carried out with the sun.

When he frowned, his father, the sun, stood still. When he roared with rage, earthquakes engulfed whole cities. When he thirsted he was watered with 10,000 gallons of human blood. But today Huitzilopochtli is as magnificently forgotten as Allen G. Thurman. Once the peer of Allah, Buddha and Wotan, he is now the peer of Richmond P. Hobson, Alton B. Parker, Adelina Patti, General Weyler and Tom Sharkey.

Speaking of Huitzilopochtli recalls his brother Tezcatlipoca. Tezcatlipoca was almost as powerful; he consumed 25,000 virgins a year.

Lead me to his tomb: I would weep, and hang a couronne des perles. But who knows where it is? Or where the grave of Quetzalcoatl is? Or Xiuhtecuhtli? Or Centeotl, that sweet one? Or Tlazolteotl, the goddess of love? Of Mictlan? Or Xipe? Or all the host of Tzitzimitl? Where are their bones? Where is the willow on which they hung their harps? In what forlorn and unheard-of Hell do they await their resurrection morn? Who enjoys their residuary estates? Or that of Dis, whom Caesar found to be the chief god of the Celts? Of that of Tarves, the bull? Or that of Moccos, the pig? Or that of Epona, the mare? Or that of Mullo, the celestial jackass? There was a time when the Irish revered all these gods, but today even the drunkest Irishman laughs at them.

But they have company in oblivion: the Hell of dead gods is as crowded
as the Presbyterian Hell for babies. Damona is there, and Esus, and
Drunemeton, and Silvana, and Dervones, and Adsullata, and Deva, and
Bellisima, and Uxellimus, and Borvo, and Grannos, and Mogons. All mighty gods in their day, worshipped by millions, full of demands and impositions, able to bind and loose - all gods of the first class. Men labored for generations to build vast temples to them - temples with stones as large as hay-wagons.

The business of interpreting their whims occupied thousands of priests,
bishops, archbishops. To doubt them was to die, usually at the stake.
Armies took to the field to defend them against infidels; villages were burned, women and children butchered, cattle were driven off. Yet in the end they all withered and died, and today there is none so poor to do them reverence.

All there were gods of the highest eminence. Many of them are mentioned with fear and trembling in the Old Testament. They ranked, five or six thousand years ago, with Yahweh Himself; the worst of them stood far higher than Thor. Yet they have all gone down the chute, and with them the following:
Bilé
Ler
Arianrhod
Morrigu
Govannon
Gunfled
Sokk-mimi
Nemetona
Dagda
Robigus
Pluto
Ops
Meditrina
Vesta

You may think I spoof. That I invent the names. I do not. Ask the rector to lend you any good treatise on comparative religion: You will find them all listed. They were gods of the highest standing and dignity-gods of civilized peoples-worshiped and believed in by millions. All were omnipotent, omniscient and immortal.

And all are dead.”
― H.L. Mencken, A Mencken Chrestomathy

the Hell of dead gods is as crowded
as the Presbyterian Hell for babies.

good stuff.
About that stereo
Top

Favorite Mencken quote about religion. This was as he was headed for Tennessee to cover the Scopes trial. The only thing changed is the absence of travel by Pullman car. 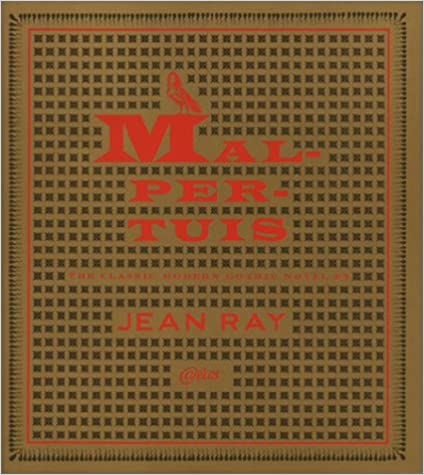 Malpertuis is a crumbling, ancient house where a dying warlock has trapped the aging gods of Olympus inside the "skins" of ordinary Flemish citizens.

One of his best books.

Made me think of Lisztomania or Liszt fever, Beatlemania, the frantic and overwhelming reaction of youngsters to a musician or band

Which happened in Europe between the 13th and 17th centuries

What happened to those things? Where do failed movements and ridiculed hysterics go when they die?

And are mostly forgotten in the mist of time
oh really?
Top
6 posts • Page 1 of 1