Longish but interesting article in the current Smithsonian about a cargo cult in Vanuatu.

In John They Trust

This is February 15, John Frum Day, on the remote island of Tanna in the South Pacific nation of Vanuatu. On this holiest of days, devotees have descended on the village of Lamakara from all over the island to honor a ghostly American messiah, John Frum. “John promised he’ll bring planeloads and shiploads of cargo to us from America if we pray to him,” a village elder tells me as he salutes the Stars and Stripes. “Radios, TVs, trucks, boats, watches, iceboxes, medicine, Coca-Cola and many other wonderful things."

I'm not necromancing for nothing here. This bump is worthy.


Waiting for John is a documentary film about the last cargo cult, the John Frum Movement, and America’s unintended impact on one remote island.

One has to request a screening, it seems. 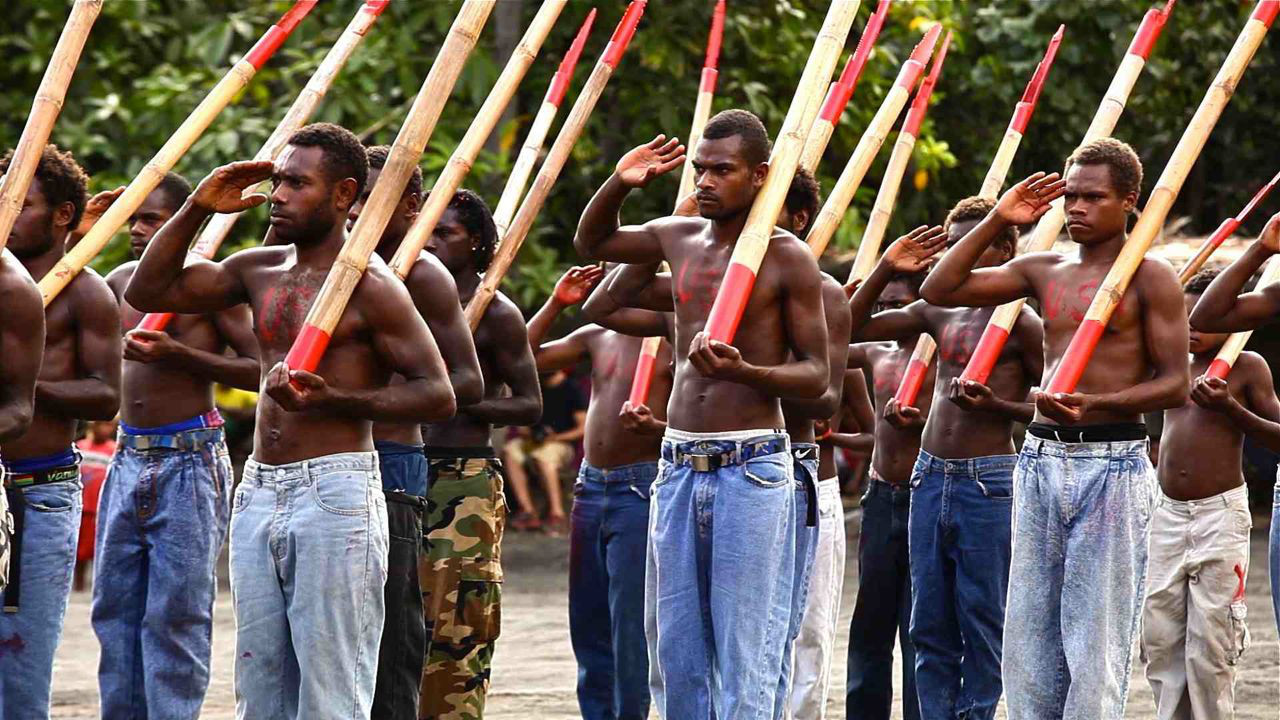 At least, in the past, he occasionally answered their prayers. . . .