Looking for a new career? How about some vocational training?

How can we expose more people to critical thinking?
25 posts

Apparently there's still some question about it for some odd reason.


Vatican City, Aug 23, 2019 / 11:49 am (CNA).- An international organization of Catholic exorcists said Thursday that the existence of Satan as a real and personal being is a truth of Christin doctrine.

“The real existence of the devil, as a personal subject who thinks and acts and has made the choice of rebellion against God, is a truth of faith that has always been part of Christian doctrine,” the International Association of Exorcists said in an Aug. 22 press release.

The organization’s release came in response to recent remarks on the devil from Jesuit superior general Fr. Arturo Sosa, SJ, which the organization called “grave and confusing.”

The exorcists said they released their statement to provide “doctrinal clarification.”

Sosa made headlines earlier this week when he told Italian magazine Tempi that “the devil exists as a symbolic reality, not as a personal reality.”

Citing a long history of Church teaching on the nature of Satan, including several citations from Pope Francis and his recent predecessors, the exorcists’ organization said that Catholics are bound to believe that Satan is a real and personal being, a fallen angel.

Looks like Fr. Arturo Sosa, SJ is just a tad heretical, and in a way that threatens certain livelihoods as well as damning souls to Hell.

I note the exorcists prudently use the "truth of faith" expression.

If they had some cojones they would assemble and summon The Lord of Darkness© (or at least some colorful demon) in front of television cameras to settle the question once and for all.
Top


They arrive with a crucifix, a book of prayers, holy water and a conviction that the Holy Spirit is at their side.

Infrequently summoned for decades, Catholic exorcists say they are now being beckoned across Minnesota and the nation, as pleas from the faithful to “cast out the devil” are on the rise.

“Sometimes they hear voices in their heads,” said Bishop Andrew Cozzens of the Archdiocese of St. Paul and Minneapolis. “They have reactions they don’t understand. Fits of rage. Sometimes it’s a depression they just can’t shake and psychologists can’t help.”

Exorcism, often considered a relic of the Dark Ages, is making a 21st-century comeback. Catholic dioceses, including in St. Cloud and Winona-Rochester, say they now are sending their exorcists to a new U.S. institute that trains spiritual warriors. No official data are available, but Catholic leaders say there are more Catholic exorcists in the United States today than at any time in recent memory.

“When I first was appointed as exorcist in 2005, I knew of only a dozen exorcists in the United States,” said the Rev. Vincent Lampert, exorcist of the Archdiocese of Indianapolis and one of a handful of American exorcists public about their work. “Today I’d say there are at least 175 — and more each year.”

That’s not to mention the countless faith leaders for charismatic and Pentecostal communities who believe in casting out demons.

But psychologists warn that even well-intentioned treatment of traumatized people can aggravate the situation. They urge individuals to focus on evidence-based interventions.

“There are treatments for trauma supported by strong scientific evidence, but exorcism is not among them,” said University of Minnesota psychology Prof. Patricia Frazier.

But not everyone who believes they are possessed and requests an exorcism gets one, church leaders say.

The archdiocese exorcist, Cozzens said, collaborates with several professionals to evaluate the situation. The church encourages people to seek medical or mental health help if deemed necessary, the protocol urged by the Vatican. But if the person exhibits what Catholics view as hallmarks of the devil, such as extraordinary strength or speaking in unknown languages, the spiritual battle begins.

Is it cheaper than healthcare? 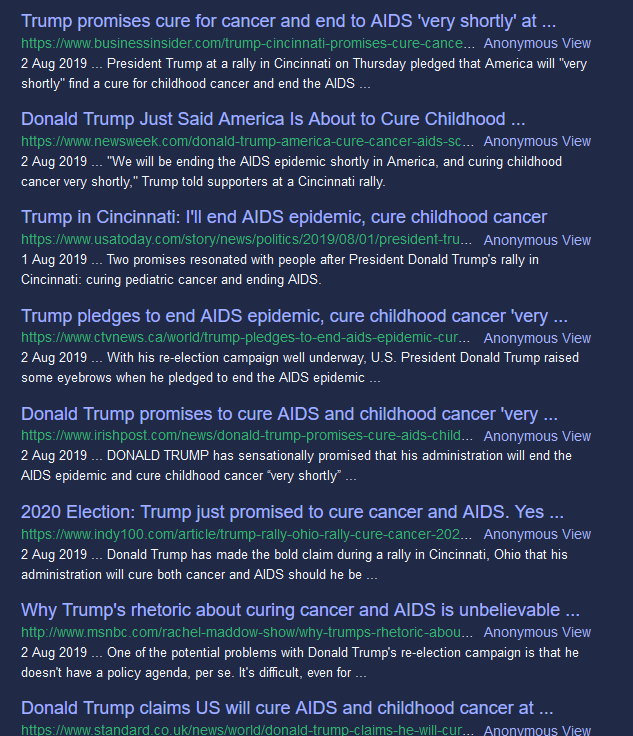 He could also have promised to cast out the evil spirits and stomp the demons. I'm disappointed…
Top

More exorcism in the news. Yet another crisis to worry about!


ROME - One long-time Catholic exorcist has sounded an alarm over what he called an uptick in “aggressive Satanism,” especially among young people, which he insists is due in part to the rapid growth of cultural secularism and a lack of strong role models.

Among other things, Dominican Father Francois Dermine said, exposure to the demonic at a young age encourages violence, ranging from bullying to more serious manifestations.

“There are many groups of satanism,” Dermine said, noting that internet exposure has also increased, and references to the demonic are increasingly prevalent in videogames and school games such as the “Charlie Charlie challenge,” in which players cross two pencils on a grid with sectors marking ‘yes’ or ‘no’ and ask a supernatural being, “Charlie,” to answer the questions they ask.

“Satanism is getting much more aggressive and also diffused,” Dermine said. Speaking to Crux, he faulted growth in secularism, which he said retired pontiff Benedict XVI dedicated much of his papacy to fighting, as one of the main causes.

An exorcist for the Archdiocese of Ancona-Osimo in Italy, Dermine says he’s been dealing with the demonic a quarter of a century, since 1994.

“Secularization leaves a void,” he said, explaining that alongside it is a “sort of spiritual, ideological and also cultural void. Young people do not have anything to satisfy their spiritual and profound needs. They are thirsting for something, and the Church is not attractive anymore.”

"Yes! A BIG REWARD!" ====> Click here to turn in a sicko
The arc of the moral universe bends towards chaos.
People who believe God or History are on their side provide the chaos.
Top
25 posts