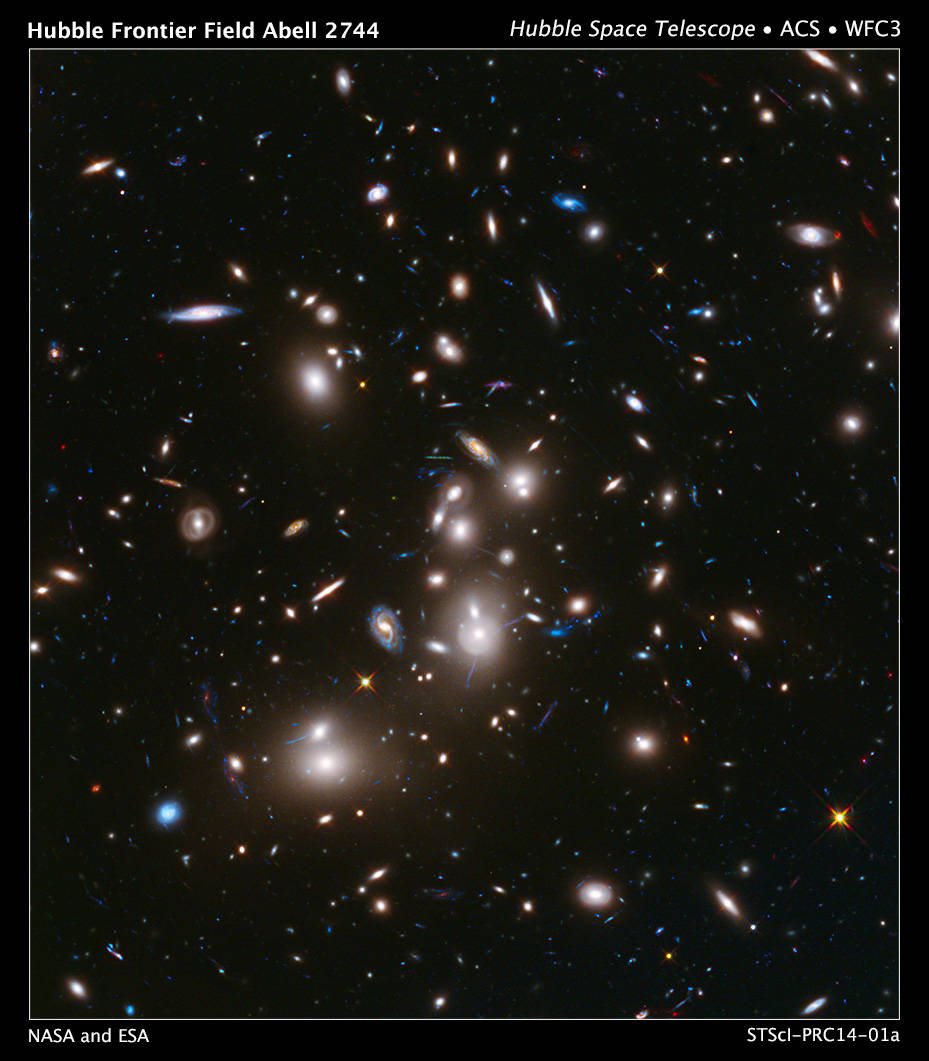 This long-exposure Hubble Space Telescope image of massive galaxy cluster Abell 2744 (foreground) is the deepest ever made of any cluster of galaxies. It shows some of the faintest and youngest galaxies ever detected in space.

The immense gravity in Abell 2744 is being used as a lens to warp space and brighten and magnify images of more distant background galaxies. The more distant galaxies appear as they did longer than 12 billion years ago, not long after the big bang.

The Hubble exposure will be combined with images from Spitzer and NASA's Chandra X-ray Observatory to provide new insight into the origin and evolution of galaxies and their accompanying black holes. 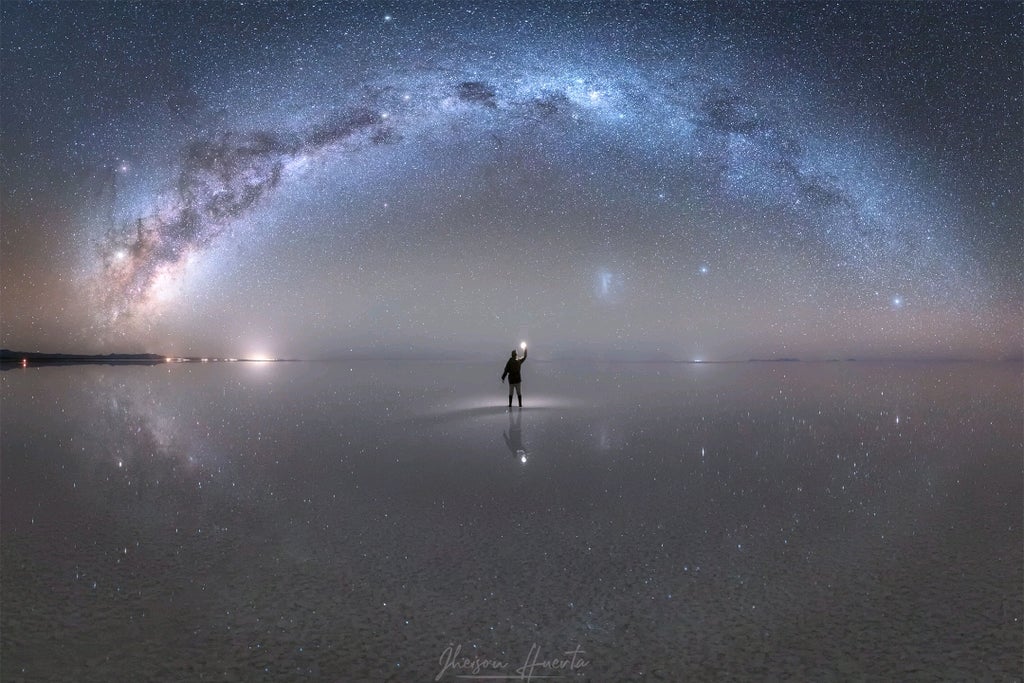 This is a real image (15 vertical shots) of the Uyuni salt flat. The Salar de Uyuni is so extraordinarily flat that after it rains it becomes the worlds largest mirror spanning over 130km. [ Image Credit & Copyright: Jheison Huerta ] 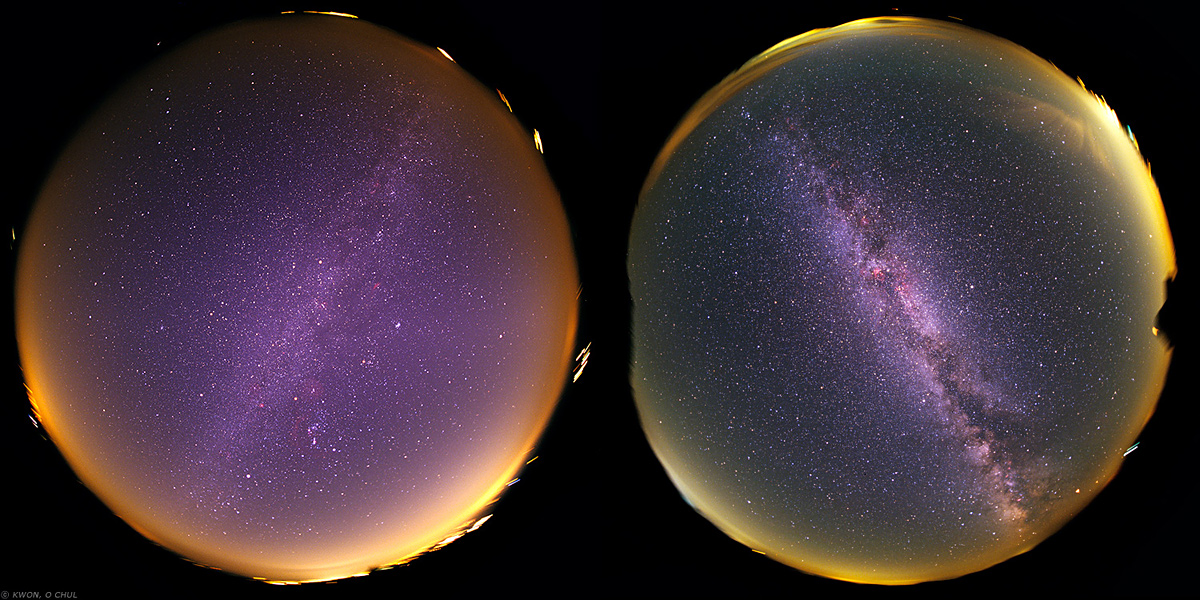 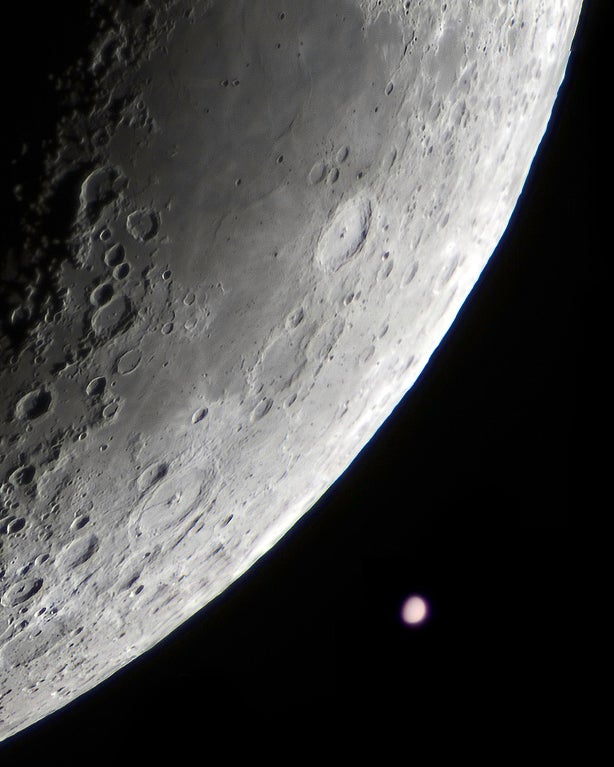 Cool simulation of a giant star:

The intensity movies show the star approximately as it might appear to the human eye (In detail: The emergent bolometric surface intensity is color coded with the standard "red-heat" table, to get a color representation adequate for a AGB star.). The "boiling" surface of the star shows irregular hot (white or yellow) and "cool" (red or dark-red) areas. They change their intensity and shape on time-scales of months.

MRO has been observing Mars for 6 Mars Years (MY), each of which lasts for 687 Earth days. Shown here is an impact crater on the north polar ice cap, which contains an icy deposit on the crater floor.

Interesting video about the red giant Betelgeuse, the shoulder of Orion.

But has he seen attack ships off the shoulder of Orion? 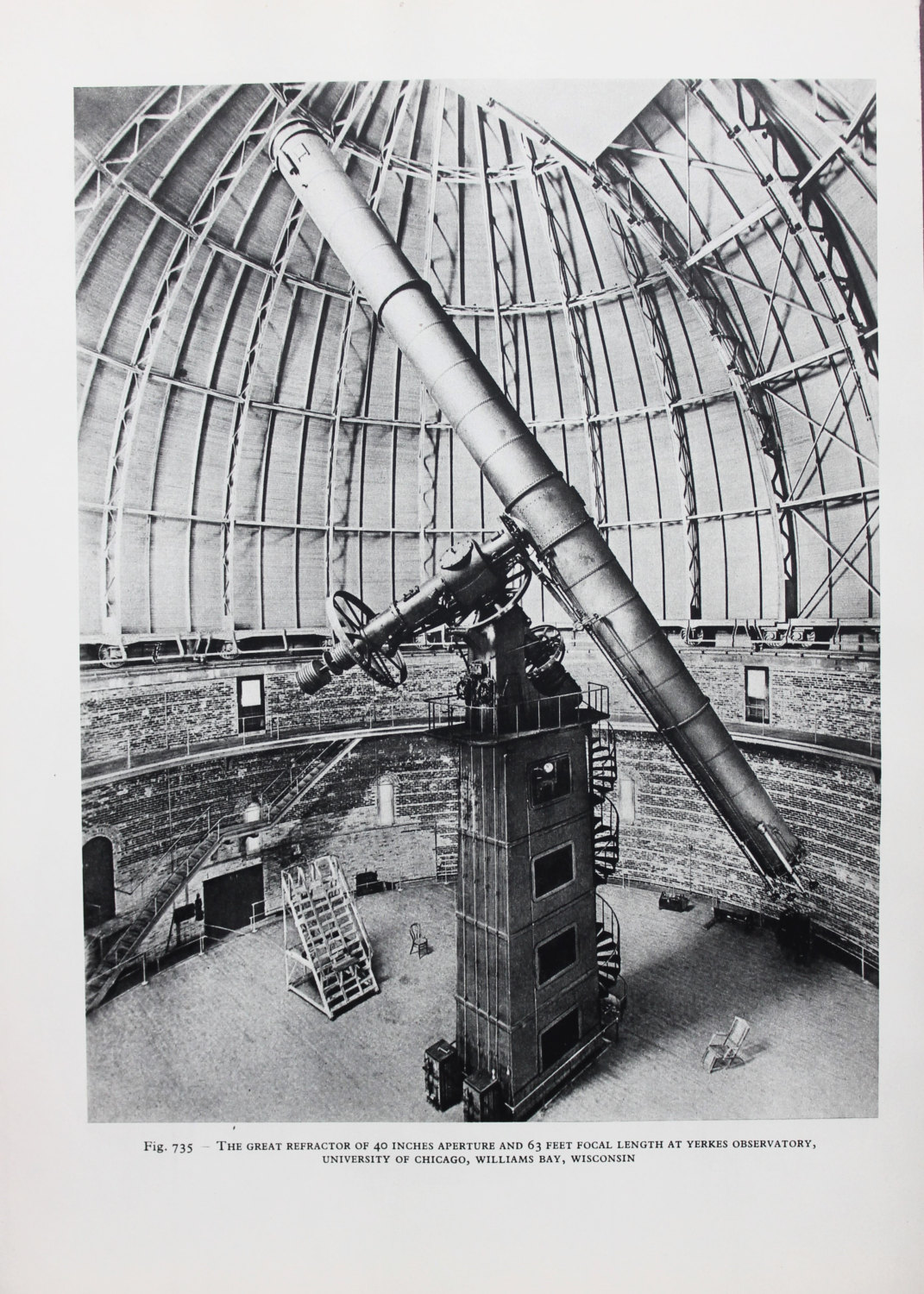 Indeed, the floor rises for the puny humanzez to use our big 'ole dick of conquest.

Edit to add:
Oops, sorry wrong big ole dick of conquest.
... The stars were suns, but so far away they were just little points of light ... The scale of the universe suddenly opened up to me. It was a kind of religious experience. There was a magnificence to it, a grandeur, a scale which has never left me. Never ever left me.
Carl Sagan
Top

Must be seen full screen to be appreciated.

Curiosity after seven years on Mars: 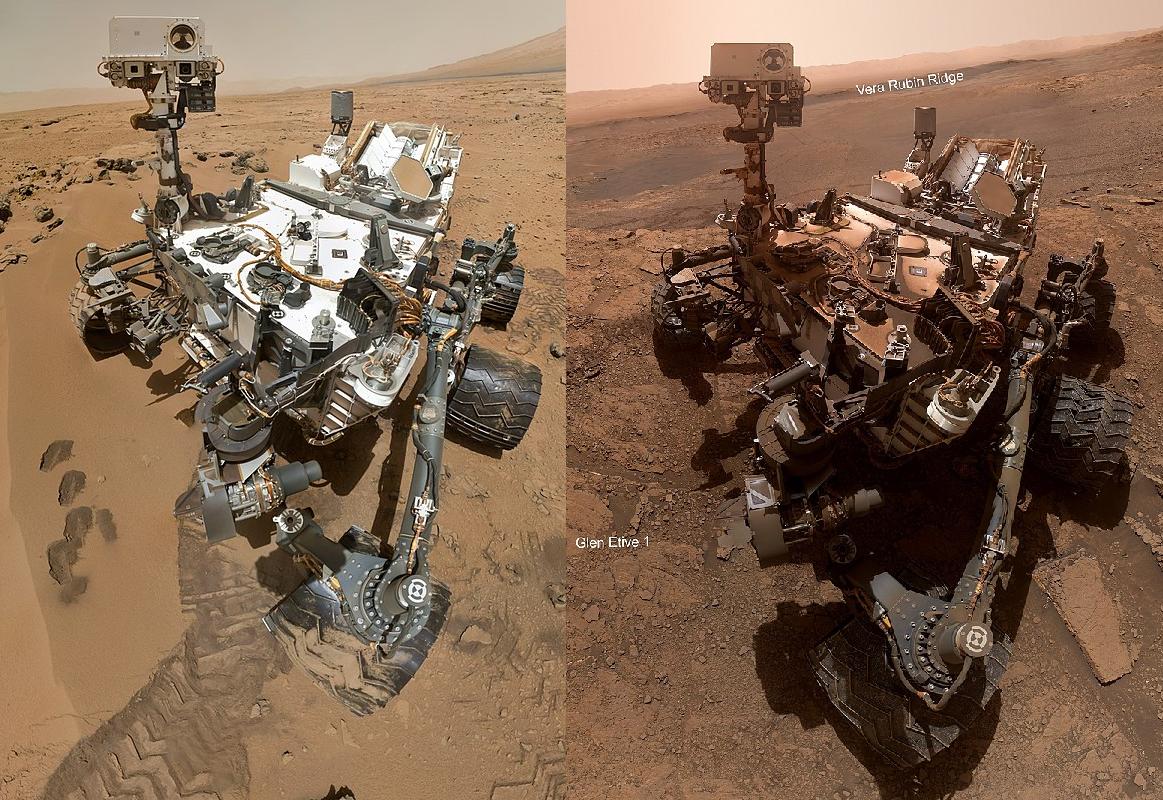 Wow, has it been 7 years already?

Still going strong I see, if a little dirtier. 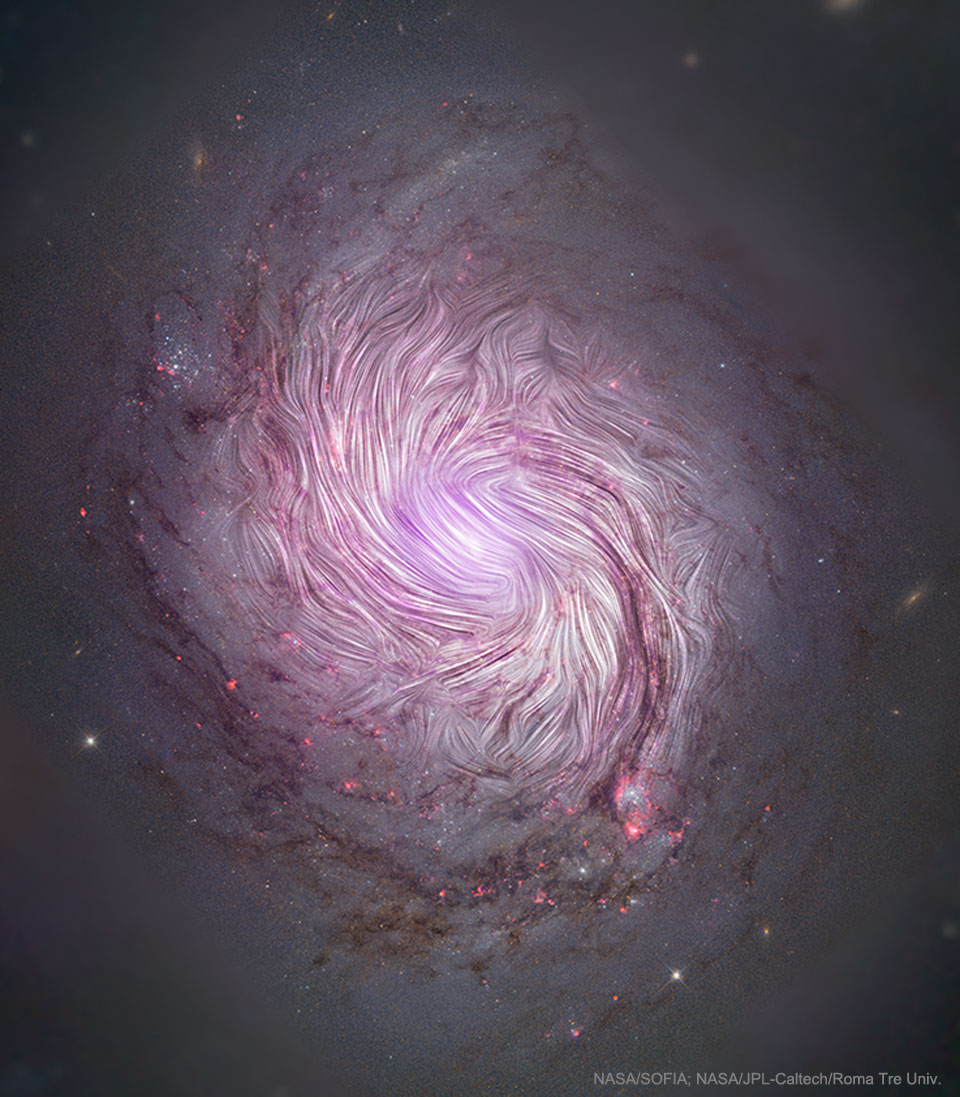 Can magnetic fields help tell us how spiral galaxies form and evolve? To find out, the HAWC+ instrument on NASA's airborne (747) SOFIA observatory observed nearby spiral galaxy M77. HAWC+ maps magnetism by observing polarized infrared light emitted by elongated dust grains rotating in alignment with the local magnetic field. The HAWC+ image shows that magnetic fields do appear to trace the spiral arms in the inner regions of M77, arms that likely highlight density waves in the inflowing gas, dust and stars caused by the gravity of the galaxy's oval shape. The featured picture superposes the HAWC+ image over diffuse X-ray emission mapped by NASA's NuSTAR satellite and visible light images taken by Hubble and the SDSS. M77 is located about 47 million light years away toward the constellation of the Sea Monster (Cetus).

The National Science Foundation's Daniel K. Inouye Solar Telescope has released its first images. They reveal unprecedented detail of the sun's surface and preview the world-class products to come from this preeminent 4-meter solar telescope. 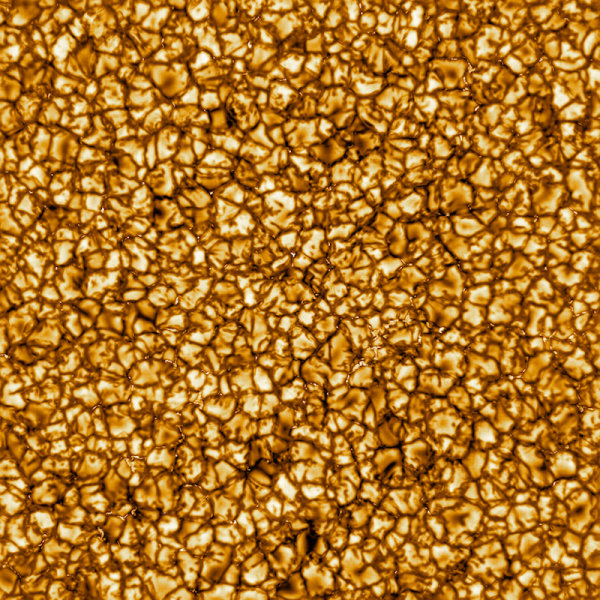 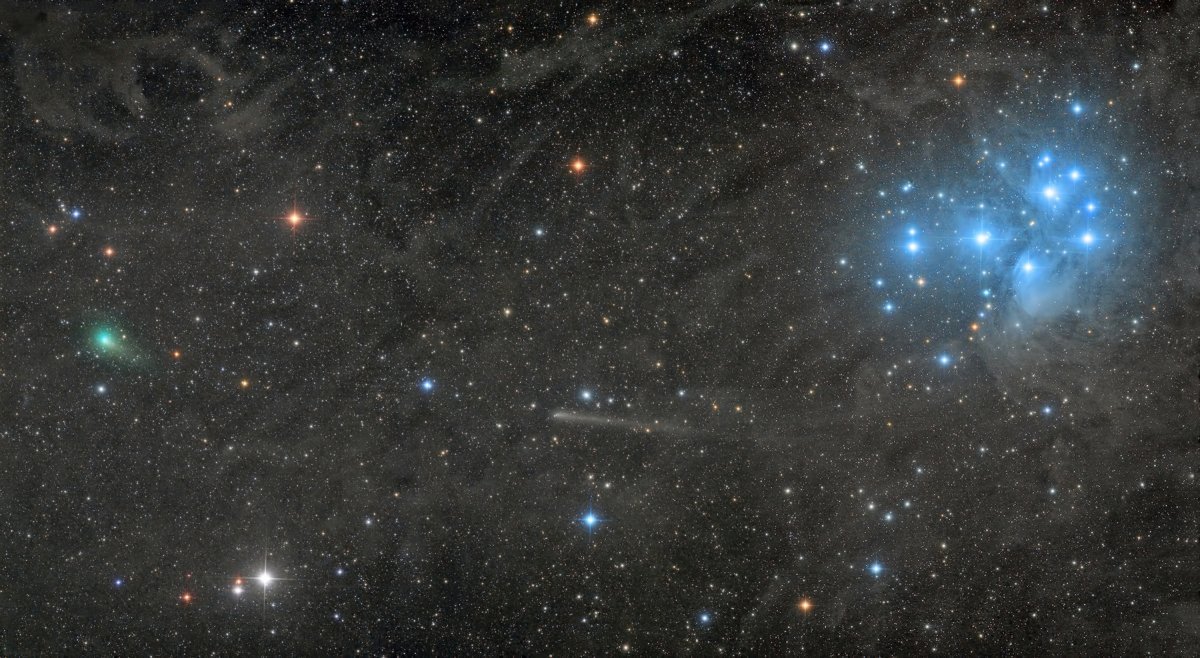 That is very cool. We're seeing the Milky Way there in the background too, if I'm not mistaken.

A green comet is cool. Anything green can't be a star. Stars come in red, orange, yellow, white and blue. But not green.
A fool thinks himself to be wise, but a wise man knows himself to be a fool.
William Shakespeare
Top
1710 posts