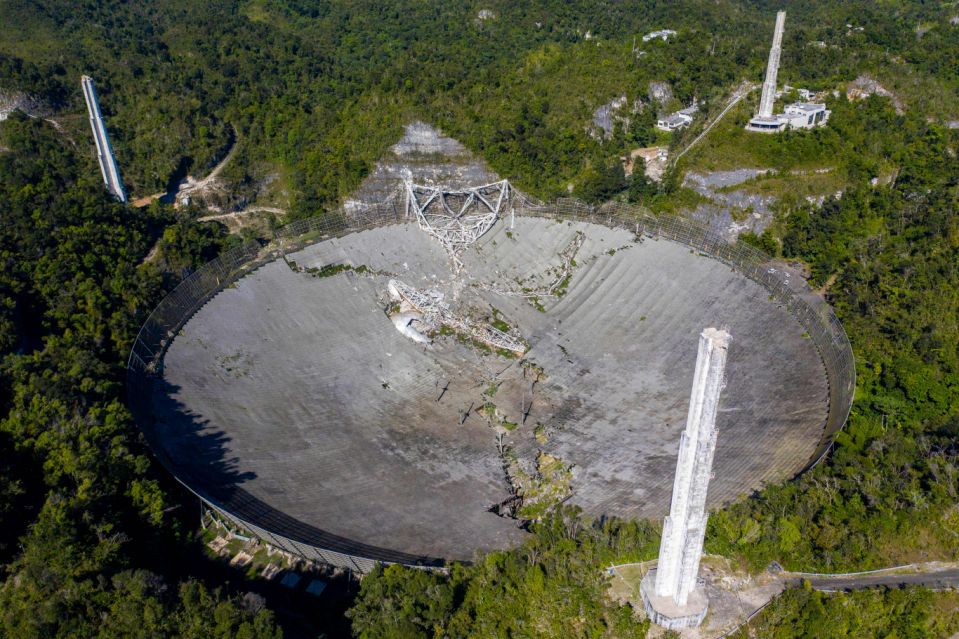 There’s a glimmer of hope for the collapsed Arecibo Observatory telescope as 2020 draws to a close. El Nuevo Dia reports that Puerto Rico Governor Wanda Vázquez has signed an executive order approving $8 million to help rebuild the radio telescope. Its reconstruction is important as a matter of “public policy” and reestablishing the Observatory as a “world-class educational center,” the Governor’s office said.

The National Science Foundation said it would tear down the Observatory as repairs would be too dangerous, although that doesn’t rule out building a new structure in its place.

We wouldn’t see this as more than a start. The $8 million in funding is unlikely to come anywhere close to reconstructing the telescope. We’ve asked the NSF for comment on the financial pledge, but it’s safe to presume a revival would require additional help.

Still, the funds represent an important step. They signal the territory’s commitment to Arecibo and its space studies despite the loss. They might also spur some in the US government to devote the extra funding needed to resurrect the Observatory. Don’t be surprised if 2021 is a brighter year for the facility, even if any rebuilding effort is likely to take much longer.

Jupiter, Saturn, and Mercury Will Be Visible in the Night Sky During a Rare Triple Conjunction This Week


When is the triple conjunction?

The time to go looking for the triple conjunction is just after sunset on Saturday, Jan. 9, Sunday, Jan. 10 and Monday, Jan. 11, 2021. On Saturday and Sunday, the three planets will form a small triangle in the fading light, while on Monday you'll find Mercury next to Jupiter. However, it's not going to be easy to see because it will take place very low on the west-southwest horizon. The best time to look will be about 30 minutes after sunset when it will be dark enough to see the planets shine.

The US space agency (Nasa) is about to put its latest rover, Perseverance, on Mars. But we shouldn't forget that the existing robot, Curiosity, is still there and working well following its landing in equatorial Gale Crater back in 2012. Curiosity celebrates 3,000 Martian days, or Sols, on the surface of the Red Planet on Tuesday. The Mission Science Team has collected together a series of pictures that record some of the rover's major achievements. 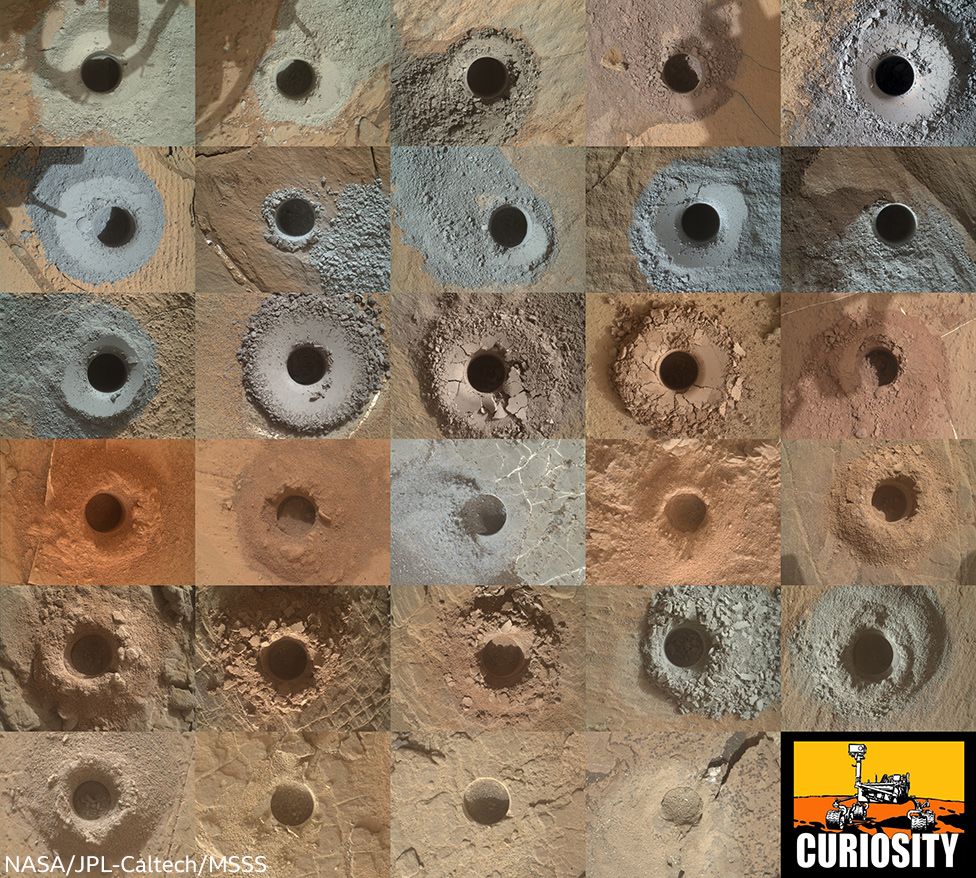 We all know Mars as the Red Planet, we see that in the night sky. However, as our drill tailings gallery shows, once we drill just a small depth in to the interior, Mars can be very different. We have drilled successfully 29 times now and the sediments show a range of hues from ochre-red to blue-grey reflecting the minerals and fluids that passed through the ancient rocks. Drilling allows us to get through the top most, oxidized surface that has been most exposed to cosmic radiation. 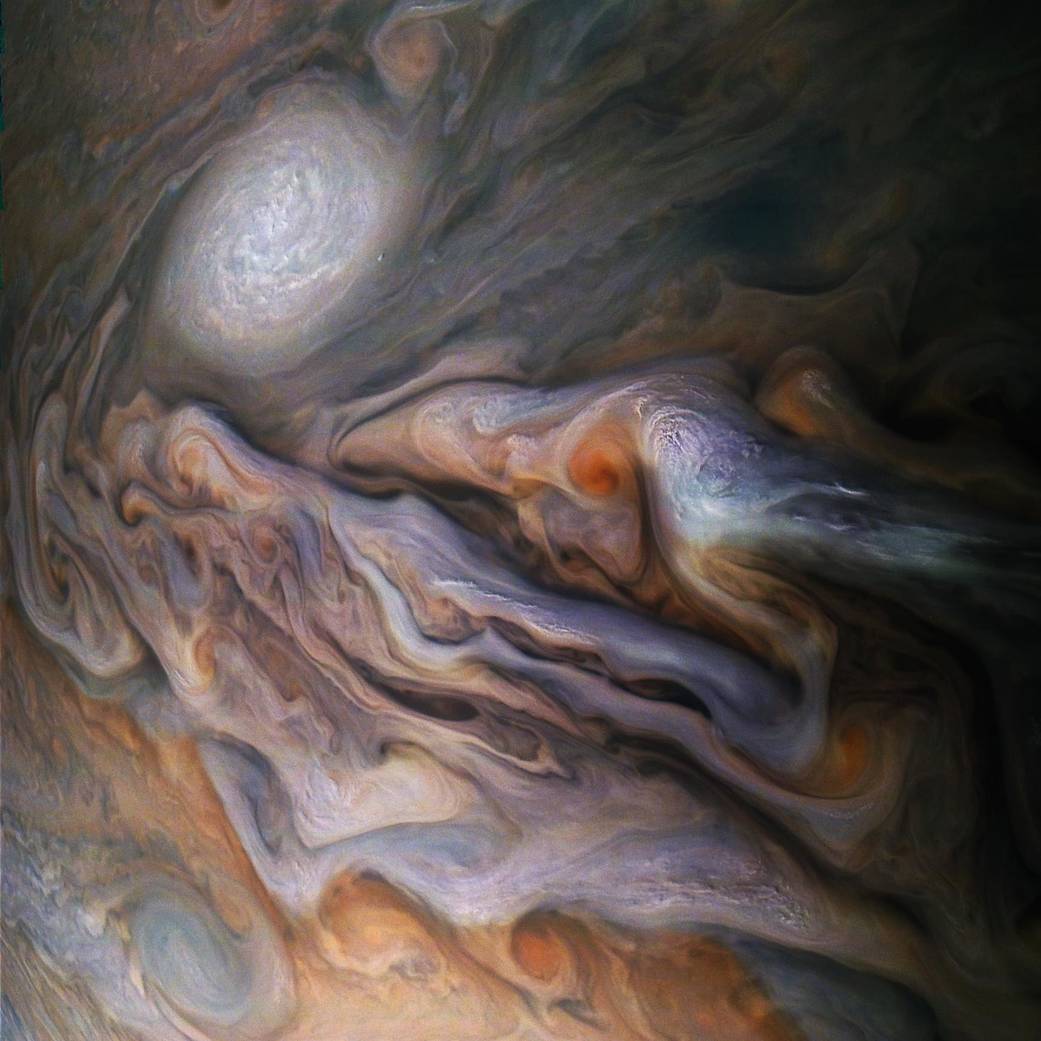 From the Juno image gallery.
Top