What this really is, is very impressive. A robotic theatrical performance and a very effective one.

So that's one more human role to be taken by robots.

Robot lives matter!
Look upon me and despair
Top

Not yours
still working on Sophrosyne, but I will no doubt end up with Hubris
Top

I look forward to the time Humanity will only have to relax in the shade.

While robots tend to our every need
still working on Sophrosyne, but I will no doubt end up with Hubris
Top

I look forward to the time Humanity will only have to relax in the shade.

Never happen. Everyone needs a charging station.
You can lead them to knowledge, but you can't make them think.
Top

I'll have to use sarcasm tags, it seems.


Human Rights Watch has called on countries to negotiate on a new international treaty against the so-called "killer robots", adding that as many as 30 nations have shown a desire to explicitly ban fully autonomous weapons.

In a report released on Monday, the New-York based nongovernmental organization, reviewed the policies of 97 countries that have publicly discussed their views on fully autonomous weapons since the issue was first heard at the Human Rights Council in 2013.

The report titled, "Stopping Killer Robots: Country Positions on Banning Fully Autonomous Weapons and Retaining Human Control," says that a growing number of countries are now recognizing the need to save humanity from these "killer robots" that are also categorized as lethal autonomous weapons systems.

Because the kind of people who want killer robots happen be very punctilious about obeying treaties.

A college kid’s fake, AI-generated blog fooled tens of thousands. This is how he made it.

“It was super easy actually,” he says, “which was the scary part.”

At the start of the week, Liam Porr had only heard of GPT-3. By the end, the college student had used the AI model to produce an entirely fake blog under a fake name.

It was meant as a fun experiment. But then one of his posts found its way to the number-one spot on Hacker News. Few people noticed that his blog was completely AI-generated. Some even hit “Subscribe.”

While many have speculated about how GPT-3, the most powerful language-generating AI tool to date, could affect content production, this is one of the only known cases to illustrate the potential. What stood out most about the experience, says Porr, who studies computer science at the University of California, Berkeley: “It was super easy, actually, which was the scary part.”

GPT-3 is OpenAI’s latest and largest language AI model, which the San Francisco–based research lab began drip-feeding out in mid-July. In February of last year, OpenAI made headlines with GPT-2, an earlier version of the algorithm, which it announced it would withhold for fear it would be abused. The decision immediately sparked a backlash, as researchers accused the lab of pulling a stunt. By November, the lab had reversed position and released the model, saying it had detected “no strong evidence of misuse so far.”

The lab took a different approach with GPT-3; it neither withheld it nor granted public access. Instead, it gave the algorithm to select researchers who applied for a private beta, with the goal of gathering their feedback and commercializing the technology by the end of the year.

Porr submitted an application. He filled out a form with a simple questionnaire about his intended use. But he also didn’t wait around. After reaching out to several members of the Berkeley AI community, he quickly found a PhD student who already had access. Once the graduate student agreed to collaborate, Porr wrote a small script for him to run. It gave GPT-3 the headline and introduction for a blog post and had it spit out several completed versions. Porr’s first post (the one that charted on Hacker News), and every post after, was a direct copy-and-paste from one of outputs.

“From the time that I thought of the idea and got in contact with the PhD student to me actually creating the blog and the first blog going viral—it took maybe a couple of hours,” he says. 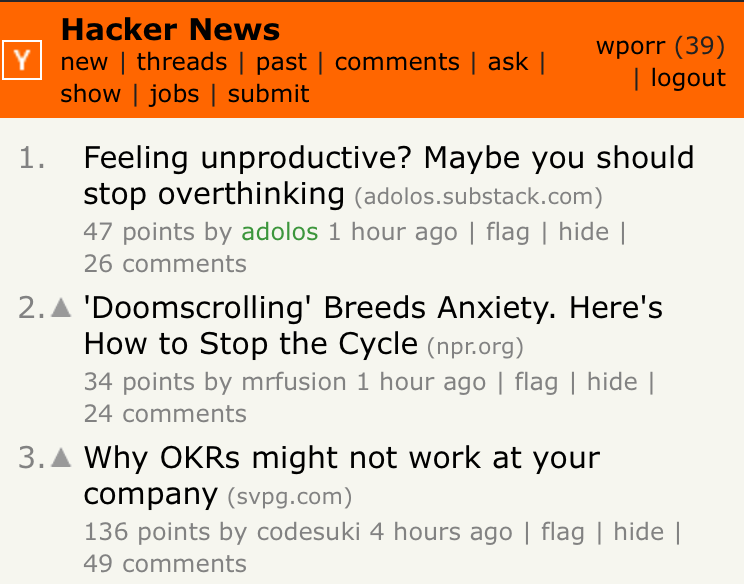 One more reason to stay away from social media.

Once again the Turing test is passed and once again it's palmed off as some sort of anomaly.

If it got more up votes than the rest that means it's better, meat boy.

Actually a few people did point out the blog sounded like it was written by a bot
still working on Sophrosyne, but I will no doubt end up with Hubris
Top

Those people were mocked by the people who were fooled
still working on Sophrosyne, but I will no doubt end up with Hubris
Top

Which sort of sums up the human condition
still working on Sophrosyne, but I will no doubt end up with Hubris
Top 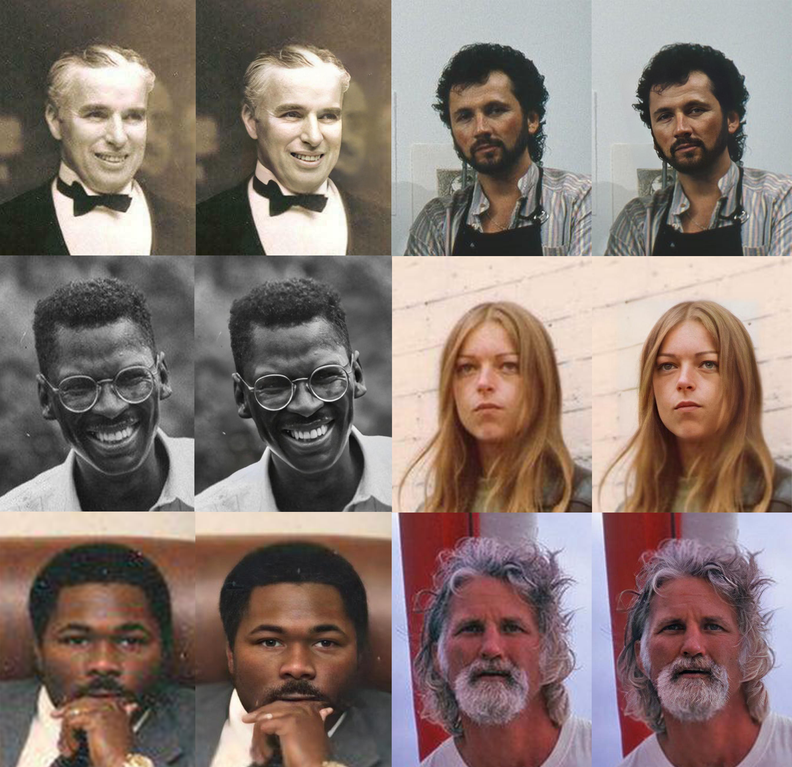 If you want to know how it works:

Our planet-hunting telescopes have gotten so good at their jobs that they've located thousands of possible planets outside our solar system. That means scientists have to sift through a whole lot of data to figure out what's a real planet and what's a pretender.

A research team led by David Armstrong at the University of Warwick in the UK has worked out how to harness artificial intelligence to handle some of the heavy-lifting of planet confirmation, giving astronomers a new tool to help validate distant worlds.

Telescopes like NASA's Transiting Exoplanet Survey Satellite (TESS) look for a telltale dip in brightness that indicates something is passing by a star. Sometimes this is a planet, sometimes it's a glitch, asteroids, dust or a quirk of a binary star system.

The research team created a machine learning algorithm and trained it using data on confirmed planets and false-positives from NASA's retired Kepler mission. Then they turned it loose to analyze a group of unconfirmed planet candidates, also from the Kepler data. In a first, the AI system confirmed 50 planets out of that bunch.

"The algorithm we have developed lets us take 50 candidates across the threshold for planet validation, upgrading them to real planets," Armstrong said in a Warwick release Tuesday. Validating planets can help scientists direct their resources to interesting spots in space without wasting their time on "fake" planets.

Fifty or so normal planets, with Pluto being the closest to the sun.

Four sizable inner planets with moons and rings. The biggest is the innermost.

The world finally got a close look at the current state of Elon Musk’s Neuralink project, courtesy of a live demo Friday evening. The demo showed a new look for the device, a peek at the robot that would install it in a person’s brain — and a pig with stage fright.

What is the Neuralink? What does it do?

As Musk explained, many neurological problems that people experience — such as memory loss, depression, blindness, and seizures, to name a few — are the result of electrical signals on the brain firing improperly. The Neuralink is an implant that directly interfaces with a person’s brain, reading signals from the brain, and even altering them to fix problems.

It’s essentially a “Fitbit in your skull with tiny wires,” Musk explained.

The original concept for the Neuralink, which we detailed for you in 2017, was a chip positioned behind the ear, with threads extending into the skull. The design has changed significantly, and the device now resembles a small coin.

According to Musk, to install a Neuralink, a tiny piece of your skull is removed and the Neuralink is slotted in, where it will sit flush with the skull (no electronics jutting out). Electrical threads about 1/20th the thickness of hair extend into the brain where they can pick up or manipulate electrical signals.

For many potential Neuralink users, undergoing brain surgery might make them uneasy, but the company is not just building the chip, but also a robot to install it. The robot will ideally handle the most difficult aspects of the surgery, which Neuralink hopes will take under an hour and be done without general anesthesia.

The device has “all-day” battery life, and can be recharged without cords.

https://www.digitaltrends.com/news/neur ... date-2020/ for the rest (demonstrated on pigs).

The Mark of the Beast.

Will pigs so equipped be able to work on automobile assembly lines?


So Elon Musk wants to implant a chip in your brain?

Of course this has also been a topic in science fiction going back to at least Philip K. Dick.

Will someone agree to be the first human guinea pig? Because research on pigs and other animals may be of limited usefulness.

Will we someday be able to have all of the functions of a smartphone (both good and bad) in a brain implant?

The ultimate tool of Big Brother? Or conversely, an "upgrade" to humanity? I know there are some people who can't wait for the cyborg future to arrive.
A fool thinks himself to be wise, but a wise man knows himself to be a fool.
William Shakespeare
Top
627 posts