Some sociological background to the bisexual question.

Most gay men have had hetero sex at some point along the line, particularly older men who tried to be straight when young.
Bisexual? Most gay men would say no.

There is also the view implied by the now discountenanced term "sexual preference" that it's really just a case of developing a taste, as it might be for gefilte fish or Limburger cheese.

↑ The universal tendency to shoehorn everything into one's own preconceptions/preferences.
[Comment intended for Anax's post, but AA ninja'd me.]

What about the women?

From the very small sample of people I know I'd say bisexuality is more common in the fair sex. (But then I have mostly female friends, so …)
Top

The only lesbians I know personally are either family or people I worked with.

Fucking eels how do they work?
still working on Sophrosyne, but I will no doubt end up with Hubris
Top

Measuring corruption is an imperfect science. By its very nature, corruption is out of sight; politicians who steal and otherwise misbehave go to great lengths – including legal maneuvers – to hide their activities.

But there is something they cannot hide.

The most corrupt countries in the post-Soviet world tend to have the most overweight politicians, according to research published this month by Pavlo Blavatskyy of the University of Montpellier in France. Average body mass can be a “convenient proxy variable” for political corruption, he writes.

Blavatskyy does not have access to health records, so he employs machine learning to examine photos and estimate the body mass of 299 cabinet ministers from the 15 post-Soviet republics in 2017, ranking them according to the median body mass.

The countries conventionally rated least corrupt in the post-Soviet world are the three Baltic states – Estonia, Latvia and Lithuania – and Georgia. Ministers from these four have the lowest median body mass, according to Blavatskyy’s study. The conventionally most corrupt are Turkmenistan, Tajikistan and Uzbekistan. Ministers in these countries are some of the fleshiest. But Ukraine is an exception: Ministers there are on average stouter than in Tajikistan, the study found, suggesting that Tajikistan may be getting a raw deal from conventional ratings and that Ukraine is getting off too easily. 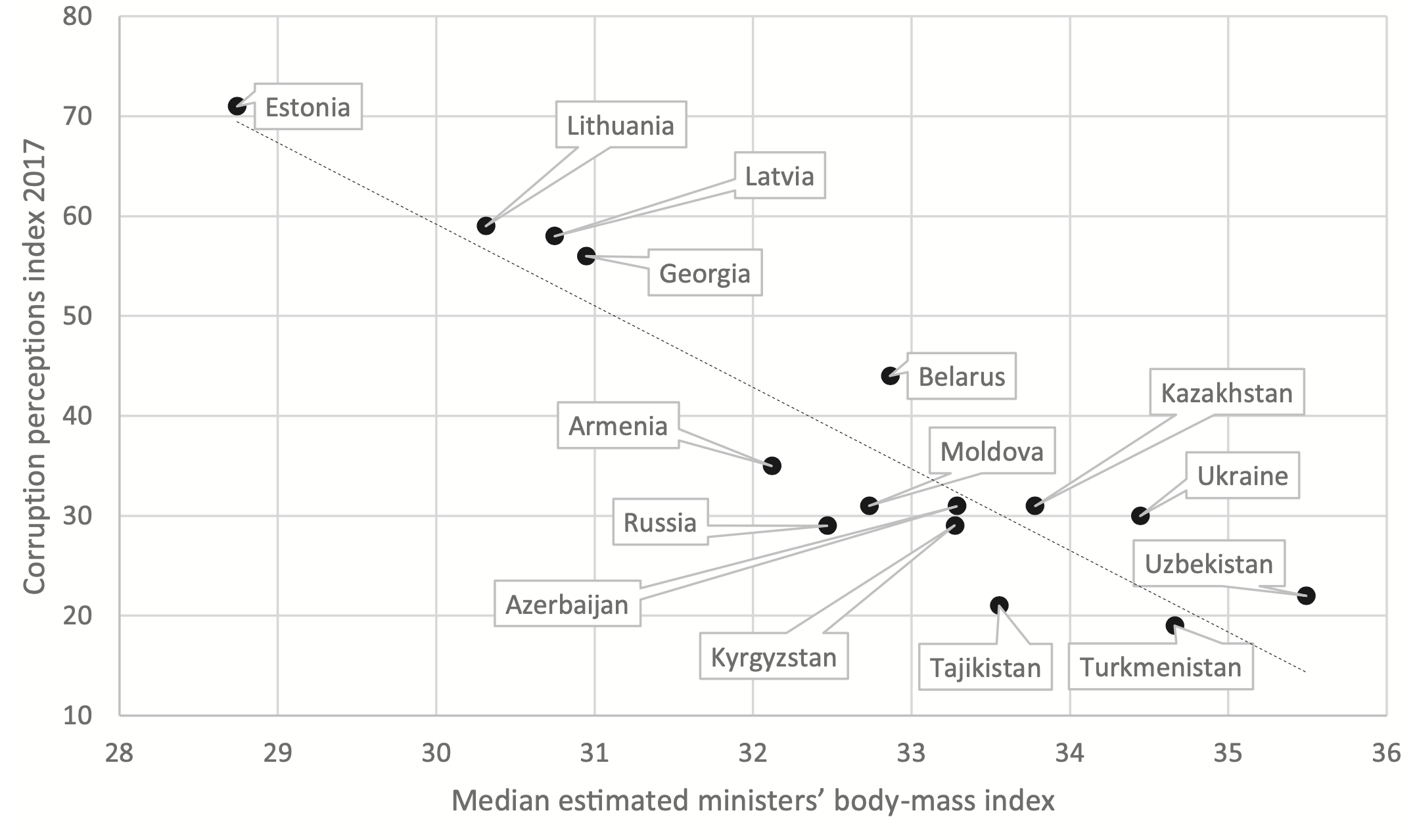 Wait, does a high number on the corruption scale mean more corrupt or less?
A fool thinks himself to be wise, but a wise man knows himself to be a fool.
William Shakespeare
Top 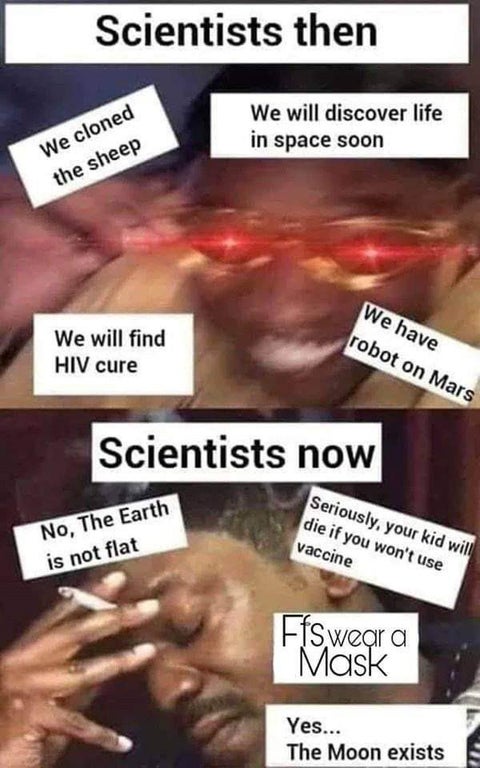 The World’s Most Valuable Parasite Is in Trouble

And so are the livelihoods of the people who depend on it. 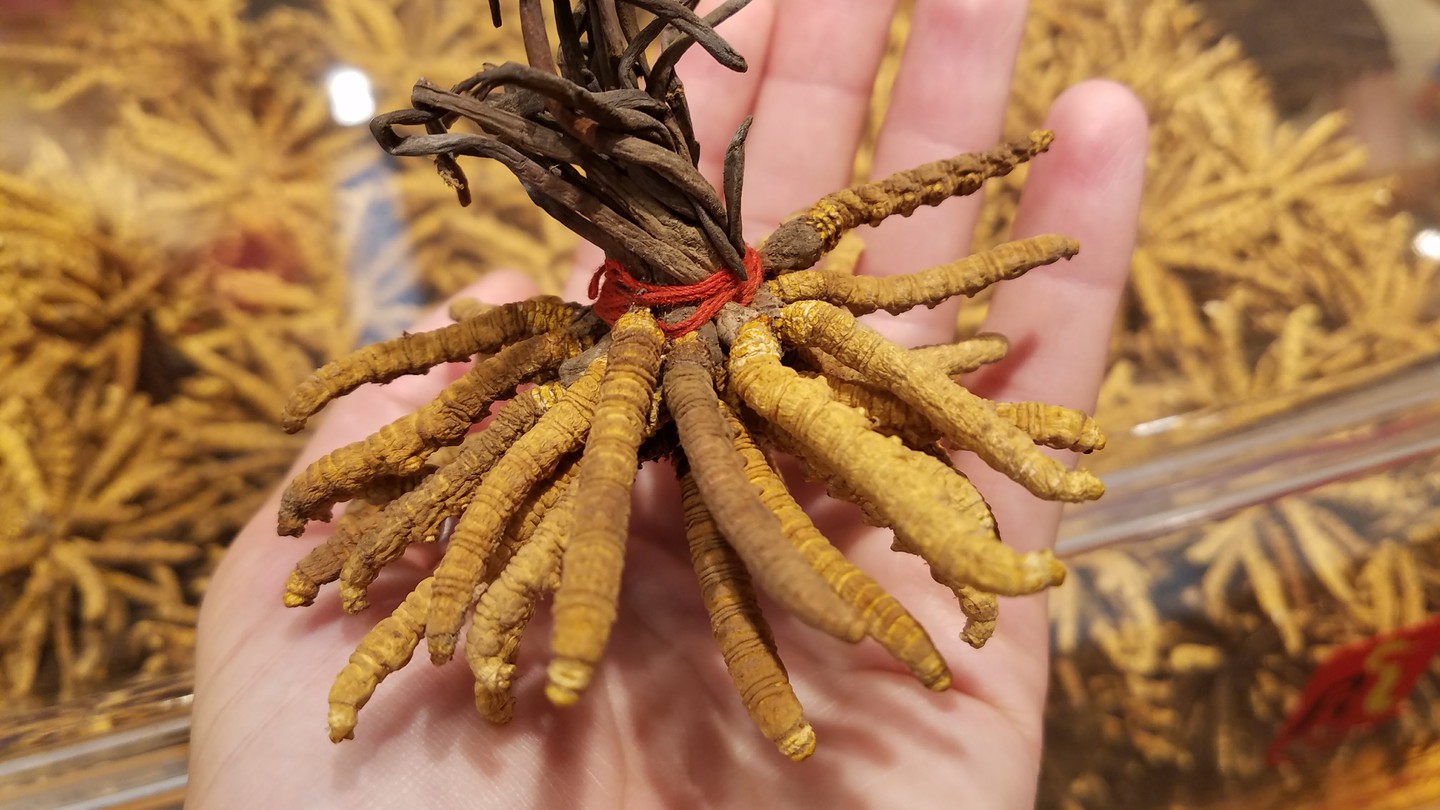 Ten years ago, Kelly Hopping was driving through a Tibetan mountain pass when her Chinese colleague stopped the car, hopped out, walked to a roadside stall, and returned with what looked like a bag of Cheetos on sticks. Each orange lump was, in fact, a dead caterpillar whose body had been overrun by a fungus (the stick). Hopping’s colleague, whose mother had cancer, had bought them for their medicinal value—and he had parted with an astonishing $1,000 for about 250 pieces. “My mind was blown,” says Hopping, an ecologist at Boise State University.

The caterpillar fungus, Ophiocordyceps sinensis, is the world’s most valuable parasite. It’s a relative of the tropical fungus that turns ants into zombies, but unlike its infamous cousin, it is found only on the Tibetan plateau, where it infects the larvae of ghost moths. It has long been part of traditional Chinese medicine, and demand for it has risen so sharply in recent decades that in Beijing it is now worth three times its weight in gold. In Bhutan, one of the countries where the fungus is harvested, it accounts for a significant slice of the gross domestic product.

That’s good news for the people of the Tibetan plateau, hundreds of thousands of whom harvest the fungus as their main source of income. It pays for food, clothes, medical bills, and education. It allows them to eke out a living on the roof of the world, where a living is increasingly hard to eke out.

But tough times lie ahead. By interviewing hundreds of collectors, and analyzing the local climate, Hopping has conclusively shown what others have suspected: The precious fungus is disappearing, as a result of a double whammy of overharvesting and warming weather. The caterpillar-fungus bubble is ready to burst, and an entire way of life could vanish with it. “I asked them, ‘Would you do something different if you could?’” Hopping says. “A lot of people said, ‘Yes, if there was another way to make money. But I don’t have any other options.’”

One more thing to lose sleep over
still working on Sophrosyne, but I will no doubt end up with Hubris
Top

Does the fungus actually have any medicinal value? Or is it just over-hyped and over-priced bullshit snake oil, like most other "traditional medicines" and "alternative therapies"?
Top

I can’t believe an ounce of the fungus is worth $6000
still working on Sophrosyne, but I will no doubt end up with Hubris
Top
598 posts