Electricity is all "metric" even in the USA.

Except sometimes small electric motors are rated in horsepower.

This joke (yes, Abdul, it's a joke) referred to another of Rob's posts (something about population density).

Damn! Do I have to read everything posted here?

I didn't get that one either.

""Please, speak as you might to a young child, or a golden retriever"
-- CEO John Tuld (Jeremy Irons), Margin Call
Top

3. One has really to do everything here.

Except sometimes small electric motors are rated in horsepower.

An Ohm was never metric <--negated!!
About that stereo
Top

Oh. I should have written mi. My bad.


3. One has really to do everything here.

Abolish the tyranny of Metric™!!!
Top

I still don't get the metric part. Please don't be angry. Did I mess up a metric conversion somewhere?
Top 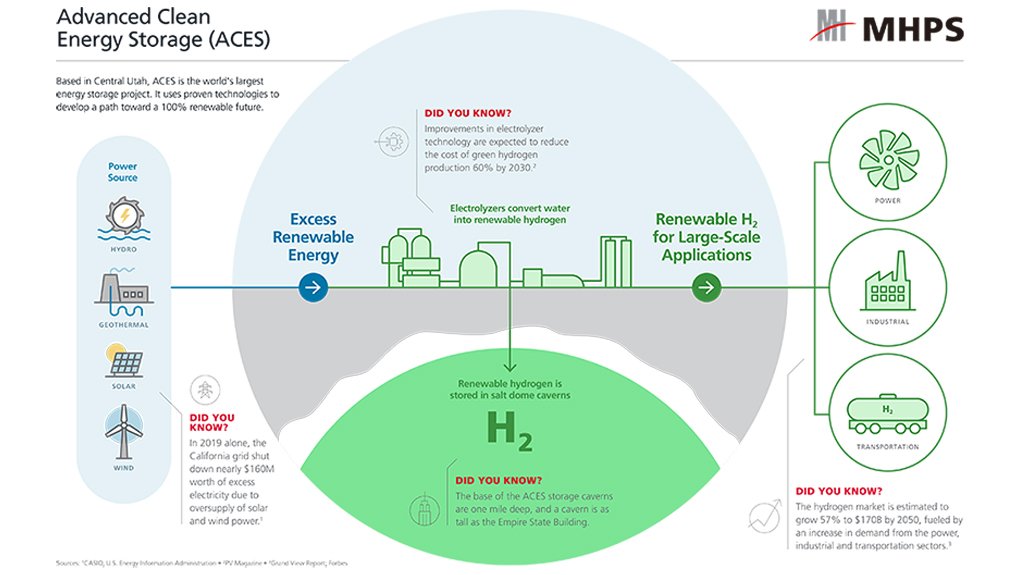 JOHANNESBURG (miningweekly.com) – The transitioning of a US power station from coal to renewable hydrogen is leading the way in a world urgently in need of meaningful action to combat climate change.

The ground-breaking transition by Intermountain Power Agency of Utah, is being facilitated by Mitsubishi Hitachi Power Systems, which has steam generator projects at Eskom’s new Medupi and Kusile coal-fired power stations in South Africa.

In a media release to Mining Weekly on Wednesday, Mitsubishi Hitachi Power Systems stated that the order secured from Intermountain Power Agency is for the first advanced-class gas turbines designed to transition from coal to renewable hydrogen fuel and that the company had also been assigned to convert the Magnum Vattenfall 440 MW power plant in the Netherlands to 100% hydrogen by 2025.

At Intermountain, from 2025 electricity is scheduled to be generated from a mix of 30% hydrogen and 70% natural gas, and phasing up to 100% hydrogen power by 2045. The initial hydrogen and natural gas fuel mix to mid-2020 will reduce carbon emissions by 75%. Then,to meet California law, from 2025 onwards, the hydrogen capability would be systematically increased to 100% renewable hydrogen, enabling carbon-free utility-scale power generation.

Mitsubishi Hitachi Power Systems added in the release that it was now focused on bringing similar decarbonisation solutions to Africa and the Middle East.

In Utah, another key element being developed is advanced clean energy storage (ACES), which Magnum Development will be providing adjacent to Intermountain’s power plant.

The ACES project will use a combination of renewable power to produce and store hydrogen through electrolysis, with the hydrogen stored in an on-site underground salt dome, using technology that has been in operation for the past 30 years to supply hydrogen to refineries on the US’ Gulf Coast. This stored renewable hydrogen will provide power when wind and solar availability blinks.

We'll see how that "media release" works out.
Top
195 posts