Gravity Probe B (GP-B) was a satellite-based mission to test two unverified predictions of general relativity: the geodetic effect and frame-dragging. This was to be accomplished by measuring, very precisely, tiny changes in the direction of spin of four gyroscopes contained in an Earth satellite orbiting at 650 km (400 mi) altitude, crossing directly over the poles.

The satellite was launched on 20 April 2004 on a Delta II rocket.[4] The spaceflight phase lasted until 2005;[5] its aim was to measure spacetime curvature near Earth, and thereby the stress–energy tensor (which is related to the distribution and the motion of matter in space) in and near Earth. This provided a test of general relativity, gravitomagnetism and related models. The principal investigator was Francis Everitt.

Initial results confirmed the expected geodetic effect to an accuracy of about 1%. The expected frame-dragging effect was similar in magnitude to the current noise level (the noise being dominated by initially unmodeled effects due to nonuniform coatings on the gyroscopes). Work continued to model and account for these sources of error, thus permitting extraction of the frame-dragging signal. By August 2008, the frame-dragging effect had been confirmed to within 15% of the expected result,[6] and the December 2008 NASA report indicated that the geodetic effect was confirmed to better than 0.5%.[7]

Octohats still impress
still working on Sophrosyne, but I will no doubt end up with Hubris
Top 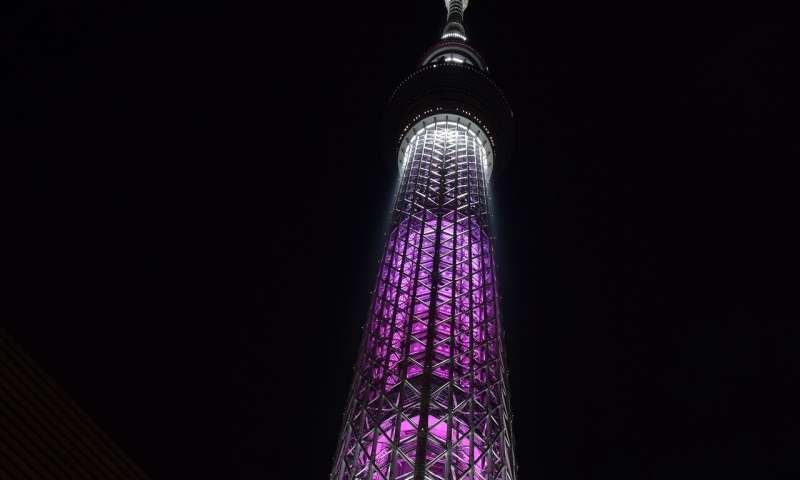 In another verification of the validity of Einstein's theory of general relativity, published in Nature Photonics, scientists from the RIKEN Center for Advanced Photonics and Cluster for Pioneering Research, with colleagues, have used two finely tuned optical lattice clocks, one at the base and one on the 450-meter observatory floor of Tokyo Skytree, to make new ultraprecise measurements of the time dilation effect predicted by Einstein's theory of general relativity.

Einstein theorized that the warping of time-space by gravity was caused by massive objects. In line with this, time runs more slowly in a deep gravitational field than in a shallower one. This means that times runs slightly more slowly at the base of the Skytree tower than at the top.

The difficulty with actually measuring the change in how quickly clocks run in different gravity field is that the difference is very small. Performing a stringent test of the theory of relativity requires either a very precise clock or a large difference in height. One of the best measurements so far has involved large and complex clocks such as those developed by the RIKEN group, which can measure a difference of around a centimeter in height. Outside the laboratory, the best tests have been taken by satellites, with altitudes that are thousands of kilometers different. Such space experiments have constrained any violation of general relativity to about 30 parts per million, a tremendously precise measurement that essentially shows Einstein to be correct.

The figure they attained for violations of general relativity was another validation of Einstein's theory, like others before. What is key about the experiment, according to Katori, is that they demonstrated this to a precision comparable to the best space-based measurements, but using transportable devices operating on the ground. In the future, the group plans to compare clocks hundreds of kilometers apart to monitor the long-term uplift and depression of the ground, one of the potential applications of ultraprecise clocks.

I wonder if journalists get tired of repeating this same old line. I categorize this along with the notorious "human hair" metric.
Top

Rob Lister wrote: ↑Thu Jun 11, 2020 2:12 pm I wonder if journalists get tired of repeating this same old line. I categorize this along with the notorious "human hair" metric.

What is this in reference to?

Anyway, I recently subscribed to this German lady's YouTube channel.

Thought some of you might find it interesting. Her accent it a little weird, but mostly comprehensible.

And she mispronounces "Einshtein" because good old Alberty ended his days as a naturalized citizen which == 100% American.

Not sire how he himself pronounced it, but I'm thinking of Kurt Weill (of Threepenny Opera fame) correcting people who pretentiously introduced him as "Koort Vile". "Curt Wile" he would say despite retaining a slight accent.

Yeah, I noticed that too, but I figure that's probably correct in German, his native language. Also, it's OK for a foreigner to have an accent.
A fool thinks himself to be wise, but a wise man knows himself to be a fool.
William Shakespeare
Top

He was also very wise about people
still working on Sophrosyne, but I will no doubt end up with Hubris
Top
11 posts • Page 1 of 1