Governor of Ohio Mike DeWine tested positive. 19 hours later they retested him and he tested negative.

Importantly, they were different kinds of tests.

His office said the PCR test was different than the rapid antigen test administered earlier in the morning as part of the standard protocol required to meet with Trump.

"We will be working with the manufacturer to have a better understanding of how the discrepancy between these two tests could have occurred," the statement added.


With testing delays nationwide, experts are increasingly recommending a new type of rapid test that gives less accurate results. It is imperfect, but as one expert put it, “pretty good is a lot better than none.”

At issue are two types of coronavirus tests that are increasingly taking center stage as part of the virus response in the United States. As part of a screening by the White House, Mr. DeWine first received an antigen test, a newer type of test that provides faster results but is less accurate than traditional laboratory testing. He was later tested using a more standard procedure known as polymerase chain reaction, or P.C.R., an accurate but time-intensive method that requires samples to be processed at a laboratory.

Experts say results are needed within 24 to 48 hours to effectively quarantine and contact trace. In the United States, turnaround times are often stretching three to five days, or more.

PCR tests, while more accurate than the antigen test, can take many days for the results to get back due to laboratory backlogs. In those days, waiting for the results, if the person isn't quarantined while awaiting the results, they could be out spreading the virus. So there is an advantage to learning the results quickly. The downside is less accuracy.

How accurate are the results?

All virus tests have the possibility of an inaccurate result. “It is just a fact of clinical testing,” said Dr. Miller, who recommended using common sense about the risk of exposure when evaluating unexpected results.

But antigen tests are generally less sensitive and less accurate than the traditional nasal swab, laboratory test. Interestingly, antigen tests are more likely to produce false negatives — missing someone who has the virus — than false positives, the opposite of what appears to have happened to Mr. DeWine.

the tests could produce false negative results between 15 and 20 percent of the time.

So false negatives, not just false positives, are an issue with these tests. And even the more reliable PCR tests are not necessarily 100% accurate.
A fool thinks himself to be wise, but a wise man knows himself to be a fool.
William Shakespeare
Top

I sense some human buggery here: Any test that produces a false negative 15 to 20 percent of the time is not a test. It's a fucking failure to produce a test at all.

And when the stakes are so high individually and world-wide, we can't afford that kind of shit.

Test producers: Learn to enjoy the pressure and get your shit together. Otherwise your investors will feed you to the bears on Kodiak Island.
You can lead them to knowledge, but you can't make them think.
Top

Accuracy and precision require certain procedures that, in turn, require time, in terms of time to develop a high-accuracy test and time to test the sample from a person.

Given the urgency of the situation, it is understandable that fast-result tests are in use.
The flash of light you saw in the sky was not a UFO. Swamp gas from a weather balloon was trapped in a thermal pocket and reflected the light from Venus.
Top

Fast result tests could conceivably make the situation worse due to the inaccuracies. So, while we rush to feel safer and less afraid, we once again fuck ourselves.

"Mr. President I'm not saying we wouldn't get our hair mussed. But I do say no more than 10 to 20 million killed. Tops. Depending on the breaks."
You can lead them to knowledge, but you can't make them think.
Top

It's not as if testing is being done on a national scale. Most of us won't ever get a test; we're pretty much on our own. Infection is a matter of when, not if. I can maybe delay that inevitability by continuing to stay home and only go to stores when absolutely necessary, practice safe hygiene, etc. I hope that when it does hit this household that nobody here gets a severe case of it, which appear to me to be a matter of lucky genetics.
The flash of light you saw in the sky was not a UFO. Swamp gas from a weather balloon was trapped in a thermal pocket and reflected the light from Venus.
Top

Agreed that testing is not being done on a national scale, but the day may come when world-wide testing is our best bet to check this damned thing. Agreed again that infection is a matter of when, not if. I hope too that when friends and acquaintances end up with it that its a mild thing as opposed to a wild thing. But I'd rather not have to resort to hoping. In the end I think we'll find that a few peeps are naturally immune: They won't be infected in spite of being exposed. Too early to know if that's the genetic situation or not, but if the current situation continues for say, another 3 to 5 years, I think we'll have the answer to that. Of course, we'll have effective vaccines before then. And a big shitload of idjits who refuse to take them.

I know somebody who had C19, no doubt about, had 5 test, three were positive, two negative. This was while he actually was fighting the virus, actually no doubt had an infection from C19

There is no doubt about having it, since he regularly donates plasm so they can use his antibodies to treat others now

A useless noise from The Cornfield.
You can lead them to knowledge, but you can't make them think.
Top


As Covid-19 continues to strain the country’s hospital system, new research exposes a striking gap in access to ICU care from one community to the next.

The study, published Monday in Health Affairs, examined an area’s median household income compared to the number of ICU beds per 10,000 residents over 50 years old — the age cohort at greatest risk for Covid-19 hospitalization. Nearly half of the communities with a median income under $35,000 had no ICU beds at all in their ZIP code cluster, compared to only 3% of communities with a median income over $90,000.

The authors warn that the staggering scarcity of critical care services in low-income populations can exacerbate existing disparities seen in deaths due to Covid-19. Many low-income individuals are already at increased risk of infection because they are less likely to be able to work from home and may face more challenges in quarantining.

“What we find is that this low income population is going to be doubly or triply hit,” said Genevieve Kanter, an assistant professor at the University of Pennsylvania Perelman School of Medicine and the first author of the study.

Has always been so. And we call this shit-show Democracy.
You can lead them to knowledge, but you can't make them think.
Top

They all came back positive

Both a person with no possible virus, and somebody who for sure has it

Of course some somebody who just read that is thinking “ of course they do that!” 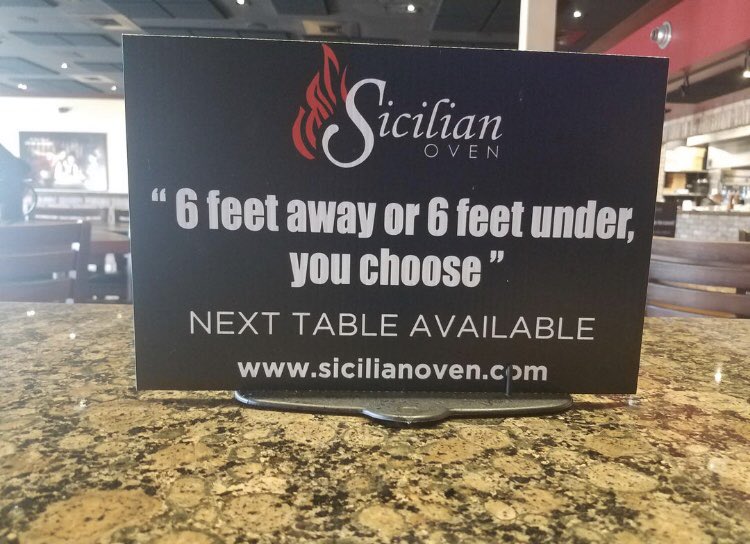 I would bet like in Europe, where stats are available, we will see a that it is from a huge drop in deaths for young people

Link: https://twitter.com/DPRK_News/status/1293217575690801152
The flash of light you saw in the sky was not a UFO. Swamp gas from a weather balloon was trapped in a thermal pocket and reflected the light from Venus.
Top

From the annals of research that confirms everyone's stereotypes about the Japanese:

Japanese social conformity behind wearing of face masks amid pandemic


Conforming to social norms is the primary motive for Japanese people wearing face masks during the novel coronavirus pandemic, survey results recently showed, dismissing the oft-touted reason that wearers are putting them on to protect themselves and others.

A team of psychologists led by Kazuya Nakayachi, a Doshisha University professor, surveyed 1,000 people about the wearing of masks and its efficacy based on a five-point rating scale, and found that the top reason for wearing masks was because everyone else was doing so.