Nokia secures $14.1m NASA funding to roll out 4G on the Moon

Nokia is teaming up with NASA to ensure that the new wave of lunar astronauts will be able to post their experience to their Instagram account if they so desire. The Finnish telecoms company will receive $14.1m funding from the US space agency to build a 4G cellphone network on the moon. The announcement comes as part of a $370m slew of contracts issued yesterday, as NASA pushes toward a return to the Moon in 2024 – with the first crew of the Artemis missions expected to include at least one woman.

The contract has been awarded to Nokia’s US subsidiary but will draw on the experience of the whole company. “The system could support lunar surface communications at greater distances, increased speeds, and provide more reliability than current standards,” said NASA in awarding the contract.

The 4G network would be used by astronauts, vehicles and as a foothold for any future permanent Moonbase: “With NASA funding, Nokia will look at how terrestrial technology could be modified for the lunar environment to support reliable, high-rate communications,” adds Jim Reuter, associate administrator for NASA’s Space Technology Mission Directorate.

ISS oxygen supply system in Russian module fails, but the crew is OK

First a pesky air leak on the space station and now this.

An oxygen supply system in the Russian-built Zvezda module of the station failed Wednesday, according to an AFP report. It's not the only oxygen generation system on board, so the crew of six -- which includes three new arrivals from NASA and Roscosmos -- is not in danger.

A Roscosmos spokesperson told AFP that the crew will work to repair the issue this week.

Zvezda has been in orbit for 20 years. NASA describes it as "the early cornerstone for the first human habitation of the station." It contains living quarters, flight systems and life support systems.


During the original 1969-1972 Apollo missions, engineers were fully reliant on radio communication through a network of transmitters, base stations, and relays, back on earth, using NASA’s ‘S-Band’ of 2-4Ghz.

A digital, cellular service will be a vast improvement in terms of quality and efficiency of surface-to-surface communications, once we return to the Moon to stay.

but actually a good idea

New images taken by BepiColombo come at a time when interest in the second planet from the sun is at an all time high.

BepiColombo, a Mercury-bound mission jointly run by the European Space Agency and the Japan Aerospace Exploration Agency (JAXA), is snapping up a wealth of new images and collecting some new data that may tease out new clues about the Venusian atmosphere—and whether it could be home to extraterrestrial life.

What happened: On Thursday morning, as part of a long journey to Mercury, BepiColombo made a close pass of Venus at a distance of about 6,660 miles. The flyby is meant to use Venus’s gravity as a speed-reducing force to adjust the trajectory of the spacecraft on to its eventual destination.

Hype of life: Although the flyby was planned for maneuvering purposes, it afforded scientists an opportunity for a closer look at Venus. The interest around the flyby is bigger since last month’s revelations that Venus’s clouds contain phosphine, a possible sign that there is biological activity on the planet. If the phosphine is there, then there’s a good chance it’s a result of biology, and that means life might be residing within the thick, carbon-rich atmosphere. However, it’s also possible those traces of phosphine might be the result of exotic natural chemistry not found on Earth. Still cool, but not aliens.

What did the mission actually observe? Most of BepiColombo’s instruments are still stored away until the rendezvous with Mercury—including its primary camera. Those that are functional at the moment (10 in total) are still designed primarily for studying the atmosphere-less Mercury. But there are still some bits of data the spacecraft collected that may be useful.

Moreover, this first flyby of Venus could be thought of as a practice run for a second one BepiColombo will make in August 2021. Now that the mission team has a better sense of how to better calibrate these instruments to study Venus more closely, they’ll have a better opportunity to do some better data collection next year, when the distance will shrink down to just 340 miles. The chances of detecting phosphine on that flyby are still slim, but not zero. And traces of other biosignatures could be spotted too.

And what about Mercury? The mission will make its first flyby of Mercury the following October. The three separate spacecraft that make up BepiColombo will separate completely when the mission enters Mercury’s orbit in 2025.

NASA mission will touch down on asteroid Bennu today


(CNN)After orbiting the near-Earth asteroid Bennu for nearly two years, NASA's OSIRIS-REx spacecraft is ready to reach out its robotic arm and collect a sample from the asteroid's surface on Tuesday. That sample will be returned to Earth in 2023.

A van-size spacecraft has to briefly touch down its arm in a landing site called Nightingale. The site is the width of a few parking spaces. The arm will collect a sample between 2 ounces and 2 kilograms before backing away to safety.
"It's a historic first mission for NASA, returning an asteroid sample, and it's hard," said Thomas Zurbuchen, associate administrator of NASA's Science Mission Directorate, during a Monday press conference.
The site itself is nestled within a crater the size of a tennis court and ringed in building-size boulders.
Located more than 200 million miles from Earth, Bennu is a boulder-studded asteroid shaped like a spinning top and as tall as the Empire State Building. It's a "rubble pile" asteroid, which is a grouping of rocks held together by gravity rather than a single object.

In other space news, the Russians fix the International Space Station with duct tape.


The fissure in the Russian sector of the International Space Station (ISS) is between 2 and 4 centimetres (0.7 -1.5 inches) and was temporarily patched up with Kapton tape, a source from the space industry said.

"The analysis of the photos suggests that the tear in the Zvezda Service Module is between two and four centimeters long. Cosmonaut [Sergey] Ryzhikov taped it with Kapton [a special tape]," the source said. 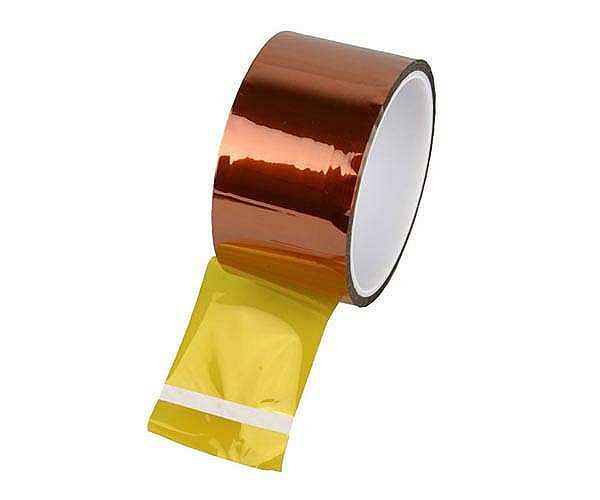 "Yes! A BIG REWARD!" ====> Click here to turn in a sicko
The arc of the moral universe bends towards chaos.
People who believe God or History are on their side provide the chaos.
Top
5 posts • Page 1 of 1