So when the wood burns it leaves carbon in the atmosphere.
"It is not I who is mad! It is I who is crazy!" -- Ren Hoek

Factoid: Balsa is classified as a hardwood.
Top

Juno and InSight have 'increased our understanding of our solar system,' NASA said

Citing discoveries that have "produced exceptional science," NASA has decided to add several years to two of its planetary science missions: the Jupiter Juno mission and the Mars InSight lander.

After a lengthy review process, which can be found here, the space agency concluded that both missions have "increased our understanding of our solar system, as well as spurred new sets of diverse questions."

"The Senior Review has validated that these two planetary science missions are likely to continue to bring new discoveries, and produce new questions about our solar system," said Lori Glaze, director of the planetary science division, in a statement.


And here's an anime of the Perseverance mission:


French wine returns to Earth after a year in space 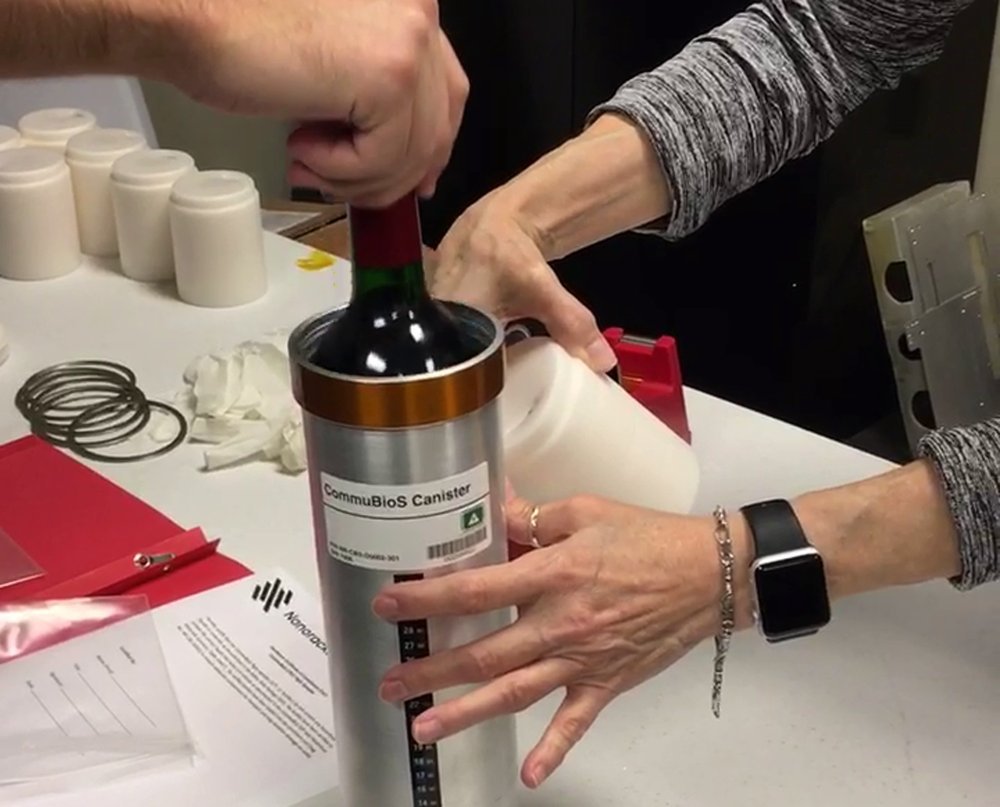 CAPE CANAVERAL, Fla. (AP)– 12 bottles of French Bordeaux wine and pieces of grapevine that spent a year orbiting in space returned to Earth.

SpaceX’s Dragon cargo capsule undocked and and aimed for a splashdown in the Gulf of Mexico off the coast of Tampa. The Atlantic Ocean was initially planned as the landing spot but due to poor weather the capsule ended up in the Pacific.

Each bottle was carefully packed inside a steel cylinder to prevent any breakage.

Space Cargo Unlimited, a Luxembourg startup behind the experiments, wanted the wine to age for a year in space.

None of the bottles will be opened until the end of February. The company will open a bottle for a wine tasting in Bordeaux by some of France’s top connoisseurs and experts.Lots of chemical testing will follow as researchers are eager to see how space altered the sedimentation and bubbles.

According to Nicolas Gaume, the company’s CEO and co-founder, agricultural science is the point of this experiment.

“Our goal is to tackle the solution of how we’re going to have an agriculture tomorrow that is both organic and healthy and able to feed humanity, and we think space has the key,” said Gaume.

And what about Space Cola©, uh?
Top

Remember the InSIght Lander that landed on Mars a couple years ago? It was supposed to drill down under the surface and stick a probe in.
Maybe you remember this image? Well, apparently it never really worked the way they hoped.

Mars digger bites the dust after 2 years on red planet


NASA declared the Mars digger dead Thursday after failing to burrow deep into the red planet to take its temperature.

Scientists in Germany spent two years trying to get their heat probe, dubbed the mole, to drill into the Martian crust. But the 16-inch-long (40-centimeter) device that is part of NASA’s InSight lander couldn’t gain enough friction in the red dirt. It was supposed to bury 16 feet (5 meters) into Mars, but only drilled down a couple of feet (about a half meter).

Following one last unsuccessful attempt to hammer itself down over the weekend with 500 strokes, the team called it quits.

“We’ve given it everything we’ve got, but Mars and our heroic mole remain incompatible,” said the German Space Agency’s Tilman Spohn, the lead scientist for the experiment.

The mole’s design was based on Martian soil examined by previous spacecraft. That turned out nothing like the clumpy dirt encountered this time.

WASHINGTON — U.S. military satellites and missiles continue to rely on customized hardware and niche components that are no longer manufactured domestically, the Pentagon said in a report to Congress released Jan. 14.

These programs need to invest in new technology and qualify new suppliers to ensure they have access to domestic sources, said the Defense Department’s Fiscal Year 2020 Industrial Capabilities Report, which the Pentagon must submit annually to congressional defense committees.

“The DoD space industrial base remains a niche market with very specialized and capital-intensive requirements that are not efficiently managed through individual program investments,” the report said.

Many current and planned systems rely on dated technology and practices, as well as fragile or foreign sources, said the report. “Reliance on foreign sources for critical technologies, competition from subsidized lower-cost imports, and erratic demand from the national security space enterprise will erode essential space capabilities and critical skills, and threaten future access to space qualified domestic industrial sources.”

The 181-page report — which covers every sector of the defense industry — was written by the office of Undersecretary of Defense for Acquistion and Sustainment Ellen Lord. The space portion of the report was put together by the Space Industrial Base Working Group, a team of Pentagon, NASA, Federal Aviation Administration and National Reconnaissance Office representatives. The group was created in 2017 after President Donald Trump issued an executive order directing federal agencies to probe vulnerabilities in the nation’s manufacturing and supply sources.

Other findings from the report: