Netflix is teaming up with DC Comics and Neil Gaiman to bring us a production of Sandman, a comic series by Neil. 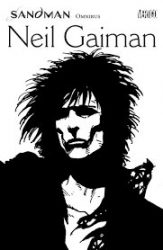 Another Neil Gaiman property is being adapted for the small screen. The Hollywood Reporter says that Netflix is closing in on a deal with Warner Bros. to adapt the author’s acclaimed comic series Sandman into a live-action TV show, in what is being described as “the most expensive TV series that DC entertainment has ever done.”

Now, I'd never heard of that series before today and, while I'm not a fan of comics in general, I've never been disappointed by anything written by Gaiman. So I figured I'd check out a few of the comics. And it just so happened that about 5 minutes after I so figured, the complete comic book series (1 - 75) landed on my desktop; funny how that works.

The files are in CBR format. I googled said format and it appears to be Comic Book Archive format. So I need a reader. Googling such showed many but none from trusted sources.

Does anyone here recommend a simple and trustworthy reader?
Top

CBR is just a bunch of jpgs compressed with RAR (CBZ ditto with zip).

Have a nice read.

I'll put in another plug for Sumatra PDF reader.

It's not a bloated security nightmare like Adobe reader.
It's also not still somewhat bloated though secure like Foxit reader (which tries to do it all).

Sumatra reads and prints PDFs. That's it.
Does not handle forms except to display and print them. Font substitution for non-embedded fonts might be a little flaky when you print.

But if it's just to view PDF on screen, it's the one.
Loads quickly, and above all really goes away when you close it and does not phone home all the time.

Thanks for a PDF reader recommend!
Top

I put the free (and portable) version of Windows 10 Firewall Control on my machines. Works with all 7+ flavors. It's just a GUI for the Win firewall, but it blocks all the non-Windows stuff by default, and then you can whitelist, or not. Shows who wants out (or in), and can look up the IP for you. Works like a charm.

Even rundll32.exe wants out! (To amazonaws.com.)