Was Attila the Hun a gay midget?

Drama queens must check their tiaras at the door.
26 posts

Dwarves have the coolest melee weapons.

Probably not usable on a pony though, probably why Attila used the sword of mars. (Presumably a short sword )
Top

We must rely on contemporary sources. A photography: 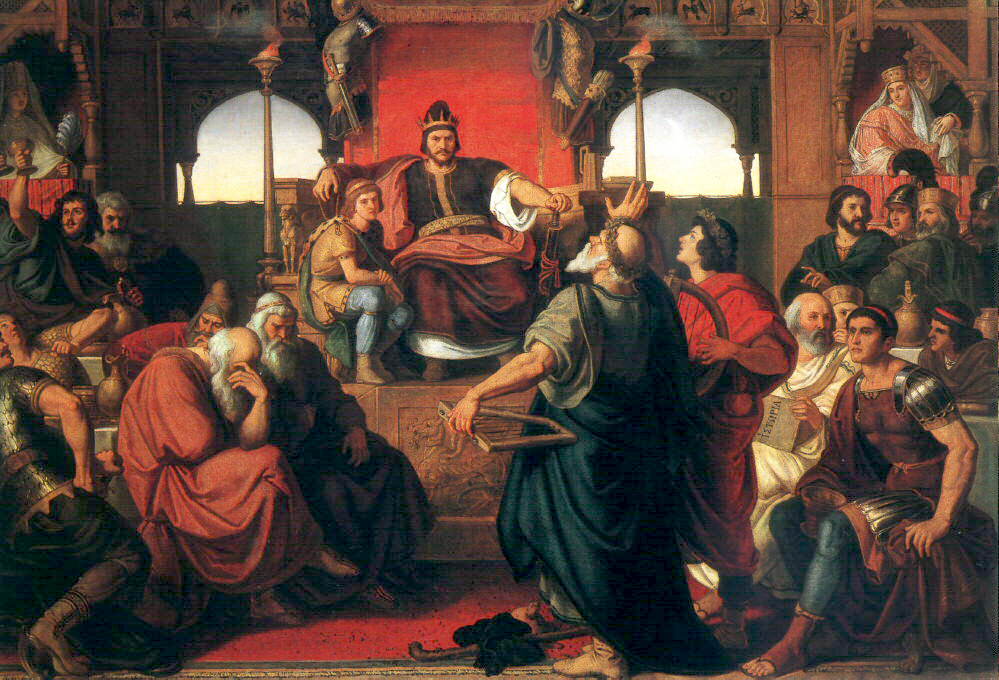 There is no surviving first-hand account of Attila's appearance, but there is a possible second-hand source provided by Jordanes, who cites a description given by Priscus. [14] [15]


He was a man born into the world to shake the nations, the scourge of all lands, who in some way terrified all mankind by the dreadful rumors noised abroad concerning him. He was haughty in his walk, rolling his eyes hither and thither, so that the power of his proud spirit appeared in the movement of his body. He was indeed a lover of war, yet restrained in action, mighty in counsel, gracious to suppliants and lenient to those who were once received into his protection. Short of stature, with a broad chest and a large head; his eyes were small, his beard thin and sprinkled with grey; and he had a flat nose and tanned skin, showing evidence of his origin. [16] : 182–18

Giz wrote: ↑
Thu Oct 18, 2018 5:44 pm
It's kinda strange to me that it is midget that it's considered offensive rather than dwarf. I mean midget had always been a term for "short human" whereas dwarf is for an inhuman elf/goblin/pixie whatever. Seems like "dwarf" is the de-humanizing word.

The politically correct word is "shrimp".
"It is not I who is mad! It is I who is crazy!" -- Ren Hoek

Giz wrote: ↑
Thu Oct 18, 2018 5:44 pm
It's kinda strange to me that it is midget that it's considered offensive rather than dwarf. I mean midget had always been a term for "short human" whereas dwarf is for an inhuman elf/goblin/pixie whatever. Seems like "dwarf" is the de-humanizing word.

I think it's the etymology.

From the article I posted:


Midget, comes from the word midge "small fly" + -et, so that a midget is etymologically a "very small fly". The first reference to the word is found in 1848 in Canada with the meaning "sand fly". In Old English it was "mycg", and it goes back to an Indo-European root, *mu-, which also gave the word mosquito and, by a circuitous route, musket.

The word Dwarf is of Germanic ancestry, coming ultimately from the proto-Germanic root *dhwergwhos meaning "tiny". In Old English it was "dweorg" and meant "person of abnormally small stature"

I could see where "person of abnormally small stature" is less annoying a term than "very small fly".

I think the Germanic/Old English term possibly predates its familiarization as a mythical race--especially before Tolkien.
"If fighting is sure to result in victory, then you must fight! Sun Tzu said that, and I'd say he knows a little bit more about fighting than you do, pal, because he invented it, and then he perfected it so that no living man could best him in the ring of honor. Then, he used his fight money to buy two of every animal on earth, and then he herded them onto a boat, and then he beat the crap out of every single one. And from that day forward any time a bunch of animals are together in one place it's called a zoo! (Beat) Unless it's a farm!"
--Soldier, TF2
Top

If I may raise a small practical problem at this point?

Are we doing "Stonehenge" tomorrow night?